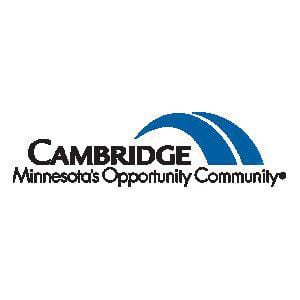 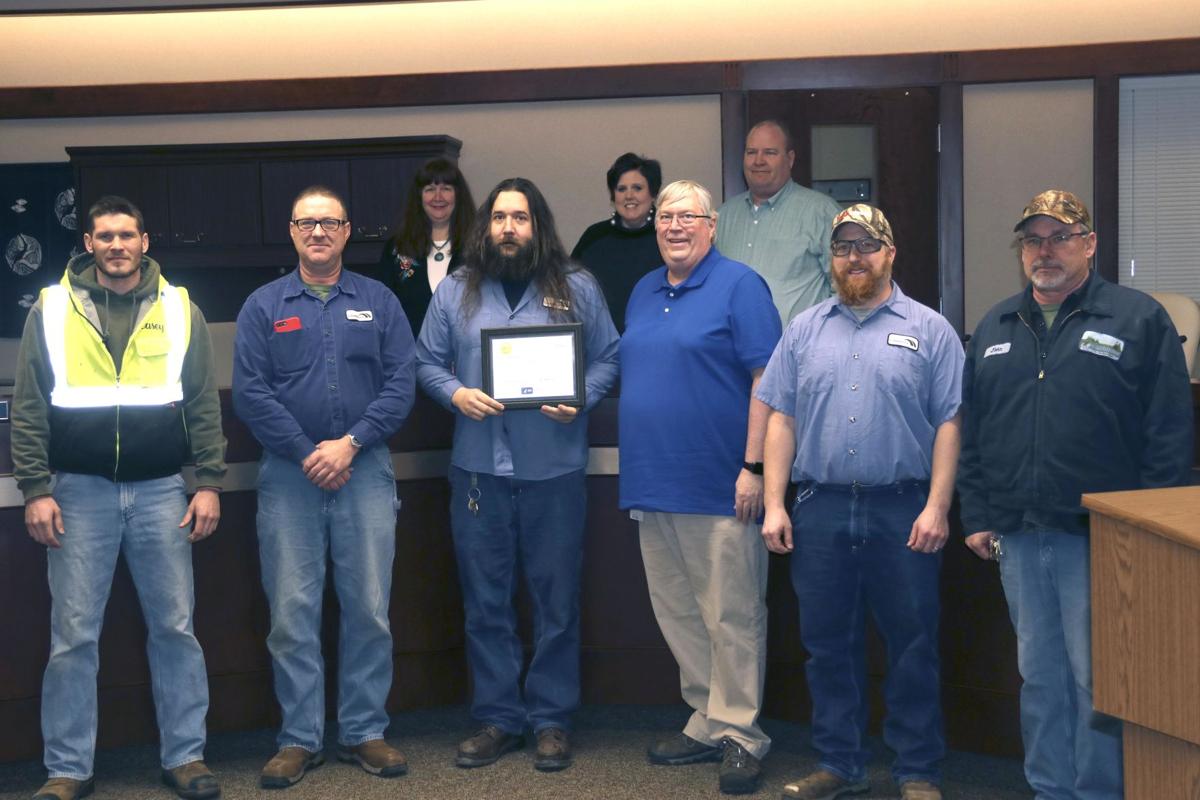 The Cambridge city council, along with staff at the Cambridge Utilities Department, celebrate the city receiving the 2018 Water Fluoridation Quality Award from the U.S. Department of Health and Human Services Centers for Disease Control and Prevention. This is the seventh-straight year the city has received this award.

The Cambridge city council, along with staff at the Cambridge Utilities Department, celebrate the city receiving the 2018 Water Fluoridation Quality Award from the U.S. Department of Health and Human Services Centers for Disease Control and Prevention. This is the seventh-straight year the city has received this award.

The Cambridge city council took the next step in ensuring a burned-out house gets properly removed, while at the same time giving the “owners” a little while longer to do it themselves rather than have the city contract out the work and assess the costs to the property.

The house in question, located at 1615 Southhaven Drive South, had been severely damaged in a fire back in early November. Before the fire, the property had also gone through a foreclosure sale in September, meaning that until the beginning of March, the property was technically in possession of Wells Fargo; however, the previous owners could still buy it back by paying the foreclosure amount plus interest.

During the Jan. 6 council meeting, the council approved making a request for proposals for the demolition of the house in case neither the bank nor the previous homeowner was able to so themselves.

At the Feb. 3 council meeting, Community Development Director Marcia Westover presented the council with two bids should the city wind up doing the demolition. At the same time, Westover said she was contacted by an attorney representing Wells Fargo asking the city to give them 60 additional days to find a way to demolish the house, assuming the previous homeowners don’t buy it back.

City Administrator Lynda Woulfe suggested the council give the bank 60 days from the current date, rather than 60 days from when the bank officially takes full possession of the property.

“So we can keep their feet to the fire and we don’t have to go back (and redo the entire process)... (we put in the resolution) ‘if Wells Fargo fails to do so by April 1,” Woulfe said. “We have the bids, we know who we will award it to, and we’re giving them the extra time by April 1, and if not, we can giddy-up and go and get this work scheduled so the residents won’t have to continue to smell the smoke.”

Ultimately, the council unanimously approved accepting the bid from Hentges in the amount of $15,300, which would include the demolition of the house, but not the foundation, plus putting up a six-foot chain link fence. Woulfe explained by not removing the foundation, not only would it save money, but since the foundation isn’t damaged, keeping it might make the property more desirable for potential buyers.

At the same time, the council approved the recommendation that the work would begin after April 1, unless Wells Fargo completed the work before then.

All talk, no action

Ever since Mayor Jim Godfrey instituted a tentative timeline being added to the agenda, meetings have kept very close to that timeline. However, at the Feb. 3 meeting, three discussion items wound up extending the meeting by about an hour. What’s more, no formal action was taken on those agenda items.

Two of the topics were requested by council member Bob Shogren. The first was a discussion of the Downtown Loan and Grant Program, which offers grants for exterior improvements to downtown businesses or low-interest loans for interior improvements. Shogren wanted to know the feasibility of extending the program to include any business inside Cambridge city limits.

According to Economic Development Director Stan Gustafson, while staff is not against the idea of expanding the program, currently the funds to support the expansion don’t exist. Gustafson said the fund balance is at $44,903.

“We are kind of low on funds,” Gustafson said. “If we were to offer it, we would have to figure out where those funds would come from. One big project would take care of that amount.”

After a lengthy discussion, the council decided to hold off expanding the program.

The second topic was regarding false alarms. The council wanted to know if the city was assessing fair fees should a business have too many false alarms in a given year. Currently, the city allows for three false alarms before they charge a business $50 per each subsequent false alarm.

According to Police Chief Todd Schuster, only nine businesses and no residences have eclipsed the three “free” false alarms in both 2018 and 2019. He also said that when comparing Cambridge to other similar cities, the fees for false alarms vary greatly.

Again, after a lengthy discussion, the council decided to take no action and leave the fees at their current levels.

The third topic was brought to the council by a resident who objected to having to clear the city-owned sidewalks that run along the side of her corner lot. Through her attorney, she claimed that she receives no benefit from that sidewalk and that she is being physically and/or financially overburdened with the responsibility of clearing the snow from the approximately 125-foot length of it.

Woulfe stated that the city has “at least 100” similar corner lots within the city limits, and it was noted by several members of the council that if the city took over clearing one resident’s sidewalk, they would have to do them all.

Shogren asked how much money it would cost the city to clear all sidewalks, and Woulfe estimated the amount to be close to $100,000, or roughly a 1.5% increase to the city’s levy.

While the council sympathized with the resident, noting they too have physical limitations that prevent themselves from clearing snow, they agreed that everyone had to do their part to help keep sidewalks clean and safe for all residents and rejected her request.