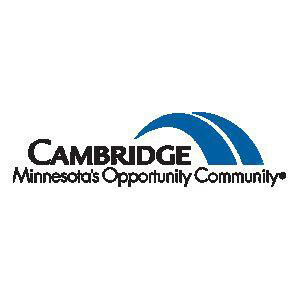 This lean-to (to the right of the garage) will have to be torn down after the Cambridge City Council denied a variance for the structure after it was built without the proper permits, as well as it violates other city codes.

This lean-to (to the right of the garage) will have to be torn down after the Cambridge City Council denied a variance for the structure after it was built without the proper permits, as well as it violates other city codes.

After a couple months of pecking around to come up with an ideal ordinance, the Cambridge City Council during its Sept. 21 meeting unanimously approved allowing chickens to be kept on properties within city limits.

The council had originally taken a look at this change back in July after a number of residents started a campaign to have the keeping of chickens be allowed within city limits. The group cited the growing popularity of keeping chickens not only as pets, but for more affordable living by harvesting eggs, etc. City staff researching the topic noted many of the area cities do allow for chickens via various city governance methods.

At the time, the council indicated a preference to model this change after Princeton, which was the only city that indicated residents needed to request an interim use permit (IUP) in order to be allowed to keep chickens. The rational behind the IUP method was neighbors would have to be notified of the request and have an opportunity to voice their approval or disapproval of their neighbors keeping chickens.

The council decided in July to tell the Planning Commission to come up with a draft ordinance based on an IUP condition, which the commission did during a public hearing on Sept. 1.

The commission’s draft ordinance mentions several specific conditions for chickens to be kept, including the materials used for the coop be the same as for any other accessory structure, a maximum of six chickens on land less than three acres in size, or 12 chickens on land greater than three acres. Chickens would only be allowed in R1 and R1-A districts, meaning they would not be allowed on properties that had duplexes or apartment complexes. Chicken owners would also have to place a band on each chickens’ leg with an identification number so the owner can more easily be found should the chickens escape. Other conditions include no roosters and no selling of eggs in a residential district.

The one significant change the commission made was to decrease the IUP fee from $275 to no more than $150.

“They (the commission) wanted to require an IUP, but they felt the $275 fee was too expensive,” said Community Development Director Marcia Westover. “So they did amend the original ordinance and they made the motion to recommend that the fees not exceed $150.”

Westover said the $150 fee would cover all of the costs for the publication of the IUP request, which comes to $110 without counting staff time.

“Everybody I have talked with has been in favor of the city, one way or another, allowing this to happen,” said Council Member Bob Shogren as he made the motion to approve the ordinance change as presented.

In what seems to be a growing trend for the area, the Cambridge City Council denied a request for a variance for a structure that was constructed without getting prior approval from the city. The Isanti City Council is currently dealing with a similar situation involving a garage.

In the case in Cambridge, Travis Ostlund, who resides at 436 6th Ave SW, had constructed a “lean-to” adjacent to an existing garage on the property for the purpose of providing shelter for working on cars. According to Westover, however, the lean-to was put up without a required building permit, plus it violated “several zoning code regulations,” specifically mentioning the steel material of the sides doesn’t match the material of the existing structure.

During a public hearing on Sept. 1, the Planning Commission unanimously recommended the council deny the variance request, despite Ostlund presenting several letters from neighbors stating they were okay with the structure.

“It was a failure of the property owner in not doing his due diligence on this,” Shogren said during council discussion. “You need to check with the city to find out what the ordinances are. The old adage ‘it’s easier to ask for forgiveness than permission’ doesn’t apply when you’re living in the city.”

The council unanimously voted to deny the variance. Ostlund will be required to remove the lean-to in a timely manner.

Finance Director Caroline Moe told the council all of the original CARES Act money the city had dedicated for helping businesses has been applied for. Since the city still has about $200,000 of their total CARES Act money, Moe asked that the council dedicate an additional $100,000 to the “Cambridge CARES for business” fund.

“It is very exciting to feel like we’re getting some relief to our businesses,” Moe said. “We think this is a great use of the money to get it into the hands of business people in our community.”

The council unanimously approved dedicating an additional $100,000 to the fund, along with extending the deadline to apply for the funds to Oct. 15.