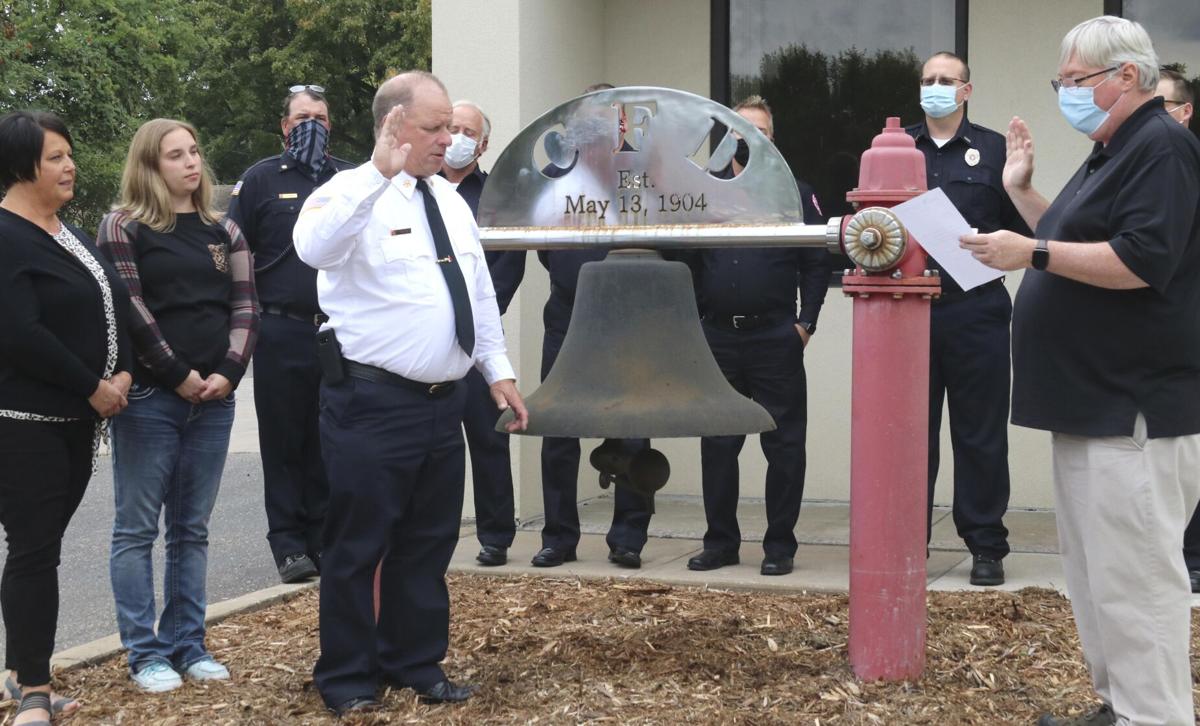 Flanked by his family and fellow fire fighters, Todd Tomczik is sworn in by Cambridge Mayor Jim Godfrey as the new fire chief during a ceremony held outside the fire hall during the Sept. 8 city council meeting. 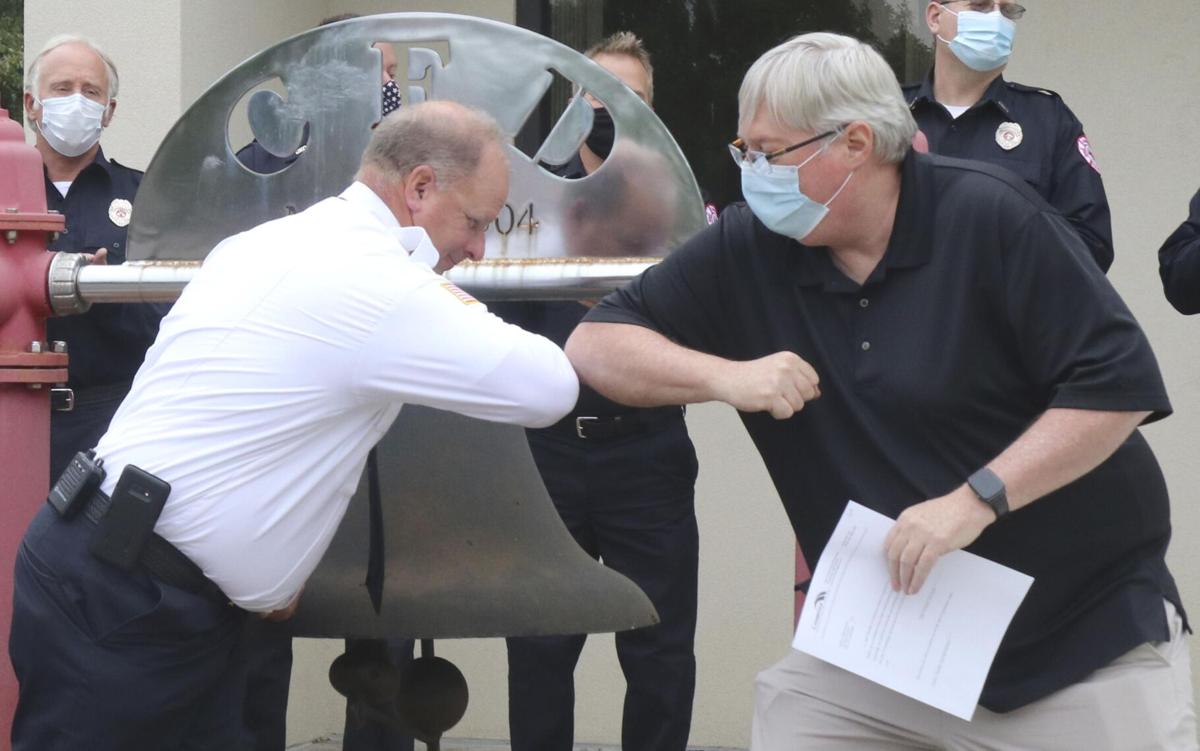 Flanked by his family and fellow fire fighters, Todd Tomczik is sworn in by Cambridge Mayor Jim Godfrey as the new fire chief during a ceremony held outside the fire hall during the Sept. 8 city council meeting.

Even after Main Street Flats opened a couple years ago, there has continued to be a lack of rental apartments within the City of Cambridge. However, if everything goes according to plans, that problem will be lessened in the relatively near future, while at the same time allowing the city to unload land that has been vacant for a good decade or more.

During the Sept. 8 city council meeting, the council heard a presentation from Economic Development Director Stan Gustafson and Sam Herzog, co-owner of Unique Opportunities, LLC regarding the developer looking into buying a 2.17-acre, city-owned lot on the south end of Heritage Greens for the purpose of constructing a 48-unit apartment complex on that site.

According to Gustafson, the developer has provided preliminary plans for the three-story complex, which would include three studio, 15 one-bedroom and 30 two-bedroom apartments, plus underground parking. The building would also include a community room, exercise room, and balconies for the two upper stories.

Gustafson said the developer will be asking for Tax Increment Financing (TIF) in the future in order to alleviate some of the costs, however he noted the city has approved TIFs for multi-unit residences in the past. Plus, he said there is a huge need for such a complex in the city.

“Right now, our housing vacancy study is 1.2%,” Gustafson said. “Normal range is about five to seven percent. We have been struggling with this for many, many years.”

Additionally, Gustafson said the city has been trying to sell this land for a long time now, but with no success. He said they’ve had people consider the land, but none of the previous plans were feasible. He also said the city lowering the asking price for the land helped.

Herzog told the council his company has already built similar complexes in other cities, including in Wilmar, Marshall, Alexandria, Breckenridge and Pelican Rapids. He also presented the council with photos of several of these complexes.

Gustafson said there are several steps that need to be completed before ground is broken, including formal presentations before the Planning Commission, along with the actual application for the TIF. He said a couple of these steps are costly, so Herzog was before the council to simply get a “thumbs up” on the city’s interest in the proposal - which the council enthusiastically provided.

Gustafson said he hopes Herzog will be back in November for the next steps of the project.

Less than a month after the council made the difficult decision to label a dog owned by Dustin Nagel a “dangerous animal” after the dog either bit or scratched a young girl, the council once again heard pleas from Nagel on the dog’s behalf, but this time it was to try and prevent the dog from being euthanized.

According to Cambridge Police Chief Todd Schuster, Nagel had voluntarily called him to let him know that “Blue” had bit a second child. Schuster said he was informed this second child, who is “friends” with the dog, accidentally fell on the dog’s injured leg, which caused the dog to react by biting the child above it’s right eye, causing a 1 1/2 inch laceration that required stitches, plus three puncture wounds.

Schuster told the council that according to city ordinance, if an animal that has been deemed dangerous is reported to have wounded a second person, the dog is to be quarantined for 14 days and then humanely destroyed, all at the owner’s expense.

As before, the owner has the right to make an appeal before the city council. This time, however, Nagel let the child’s owner do most of the pleas on behalf of the dog.

Struggling to contain her tears, the child’s mother explained that the child and dog grew up together. The child hasn’t developed a fear for dogs because of this bite, and the child would be devastated if the dog wasn’t around anymore to play with.

The council, however, was less sympathetic the second time around.

“How many people have to be hurt before we say ‘enough is enough,’” asked council member Kersten Barfknecht-Conley.

Mayor Jim Godfrey said he feels sorry for everyone involved, but “our hands are tied” based on the city’s ordinance.