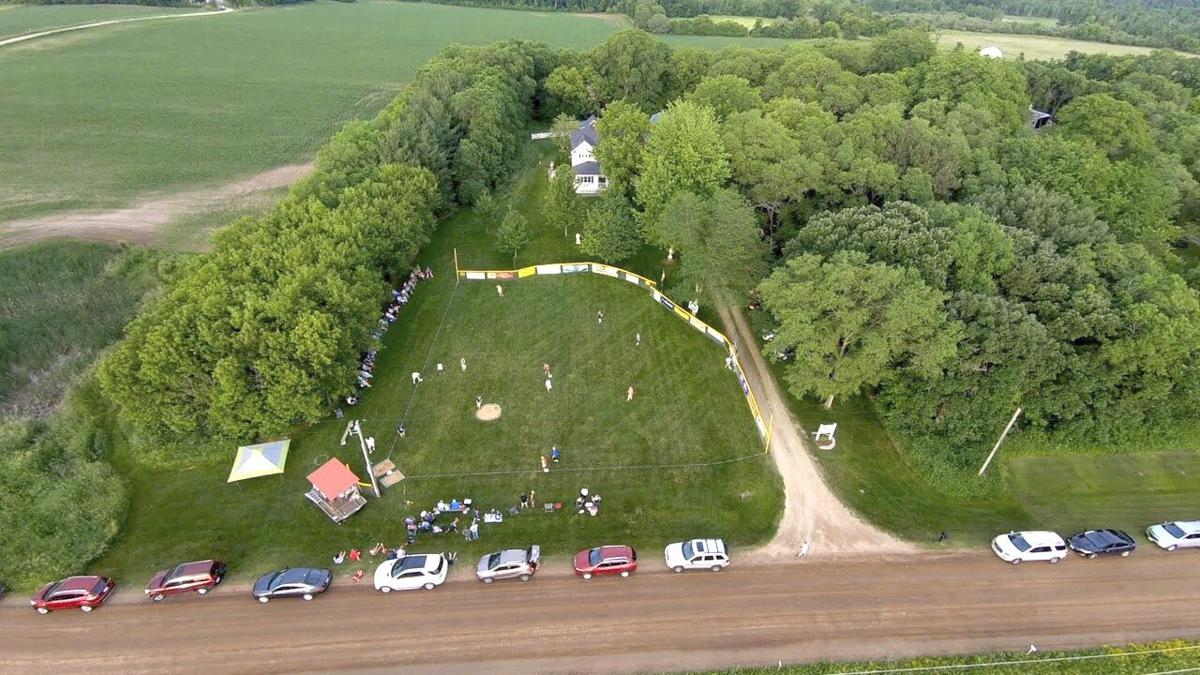 The “Tape Ball” field near Isanti, is shown from above in the documentary,. 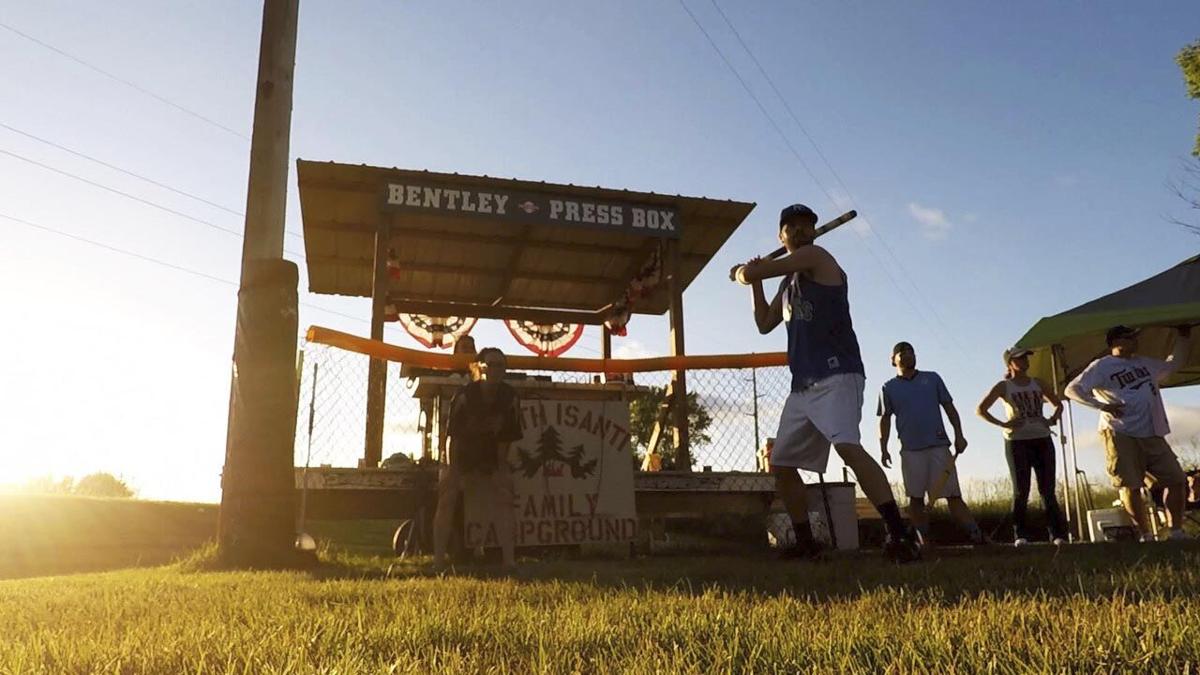 The “Tape Ball” field near Isanti, is shown from above in the documentary,.

There’s a happy place nearby where a 38-year-old guy like Joe Nyquist can step into a batter’s box, hitch up his pants, clench his jaw, take mighty swing, and hit a towering home run over a fence.

“It makes you feel like you’re playing in the big leagues,” Nyquist said.

That’s why the White Bear Township resident spent two years making a documentary film called “Tape Ball” about the quasi-baseball experience created by the Joel Grams family at their rural home near Isanti.

Nyquist hopes to hit a homer with his first attempt at film-making, too. “Tape Ball” has been accepted for screening at the Black Hills Film Festival slated for Feb. 18-20 and he’s attempting to enter several other festivals over the next year and a half.

He got a good review already, from Joel Grams.

“Joe did a great job with the film. It was a tear-jerker for me,” Grams said. “He really captured the emotions of it.”

The term “tape ball” refers to the duct tape wrapped around a wiffle ball that makes the ball go farther when hit by a plastic bat in a playing field about one-third the size of a typical baseball park.

The Gram family started hosting ballgames 25 years ago when Grams’ four kids and their friends played pickup games ranging from four on four to nine on nine.

In recent years, with the kids grown, they still host a few dozen people for their annual Fourth of July Classic with three games over two days. “We also have a home run derby every year,” he said, “at the same time the major leagues have theirs.” One highlight for Grams was hosting his North Branch High School 40th class reunion — and he and his late-50’s friends turned back the clock to play a few innings.

Nyquist observed: “The remarkable thing about it is the culture that erupted out of this game. They really go to the nines with everything. They’ve got a scoreboard, a press box, announcers that come in, they’ve had a fly over. They have the national anthem. They’ve got a Hall of Fame. They took a fun little game and brought it to an amazing level.”

Joel Grams and his twin brother Jeff, now 59, grew up on a farm near North Branch, and, like many farm kids, used the open land to play ball games with friends.

That tradition continued in the next generation when Joel’s son Derrick, along with his cousin Reggie Grams and a couple friends, were fooling around with wiffle balls and got the idea to wrap duct tape around the ball.

Joel, who designs homes and oversees their construction, loved the idea, and from that innovation sprang plans for a ballpark on his land. After taking out 30 trees, they built “Home Sweet Home Park” (named after his business) with dimensions of 100 feet down the left-field line, 150 to center and 110 to right, all grass except for two batters boxes and a pitcher’s mound made of limestone. The bases are about 40 feet. There’s a five-foot chainlink outfield fence adorned with advertising signs from local businesses.

“The games are played by family and friends, nine to a side,” Nyquist said. “Everybody gets to play, not play to win, but let everyone have the best chance of a wonderful day. They (the Grams) are competitive and they try hard, but they never let winning come at the expense of other people’s fun in playing.”

Nyquist joined the fun 10 years ago at the invitation of Reggie Grams, a lifelong friend. He’s been a regular ever since, and approached the Grams in 2018 about making the documentary. “They were all in,” he said.

As the creative services manager for Northwest Media, Nyquist is familiar with production but had never struck out on his own before.

He spent a year figuring out how to proceed before he started filming. He has used all manner of cameras, including his cell phone. His premier achievement in the process was learning how to film with a drone, which involved earning a drone pilot’s license from the Federal Aviation Administration.

The result is a 65-minute film of “Tape Ball” action and interviews, narrated by himself. Permitting himself to dream a little, he said, “Oh, sure, I’d like it to be on PBS, or have Netflix pick it up.”

What he wants people to see is what the Grams family created as an inspiration to show what fun a family can have by doing something together. “And it doesn’t have to be a sport, it can be anything.”

The trailer for “Tape Ball” can be seen at: https://www.youtube.com/watch?v=rOe_Di-DjIo, or by searching “tape ball documentary” on YouTube.