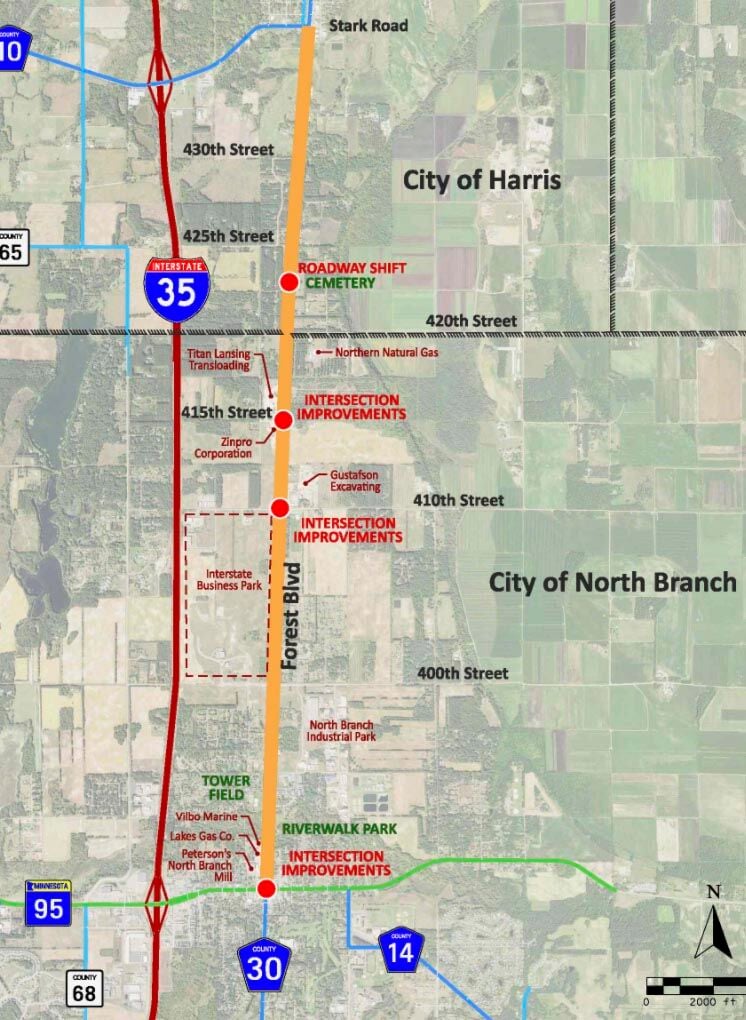 This map shows the stretch of County Road 30 (aka Forest Boulevard) that will be under construction starting this spring. 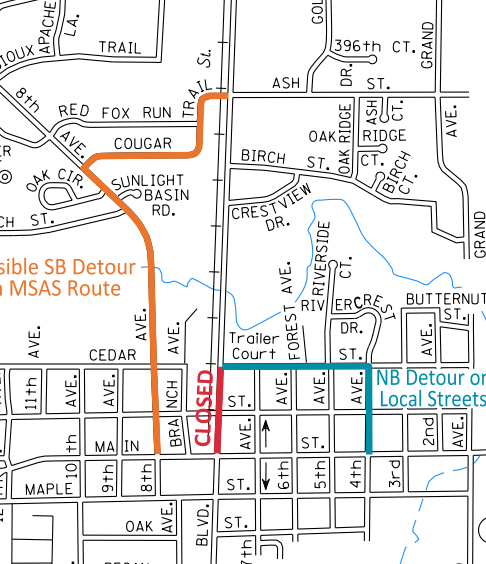 The blue and orange lines indicate the two different detours (one for northbound traffic and one for southbound traffic) that are currently planned for the project while County Road 30 is closed between Highway 95 and Cedar Street. 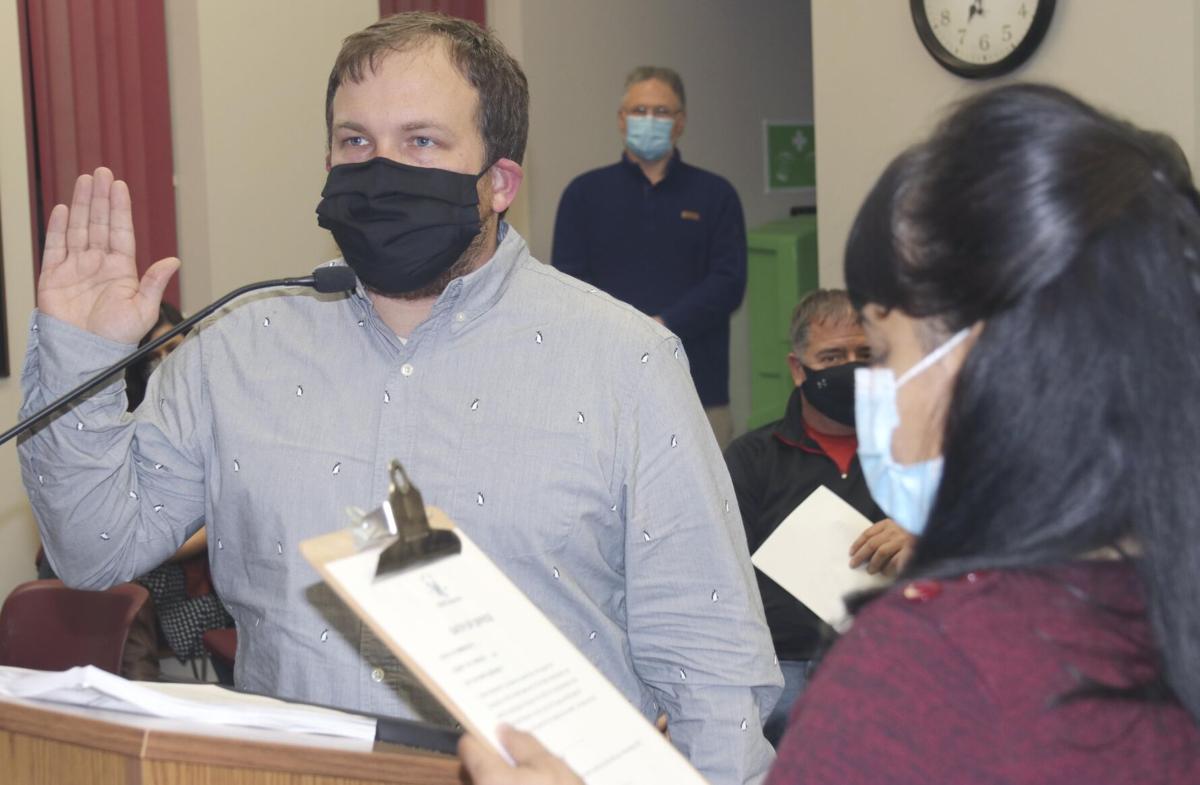 Patrick Meacham was sworn in as council member at the beginning of the Nov. 24 meeting, filling the seat vacated by Brian Voss. 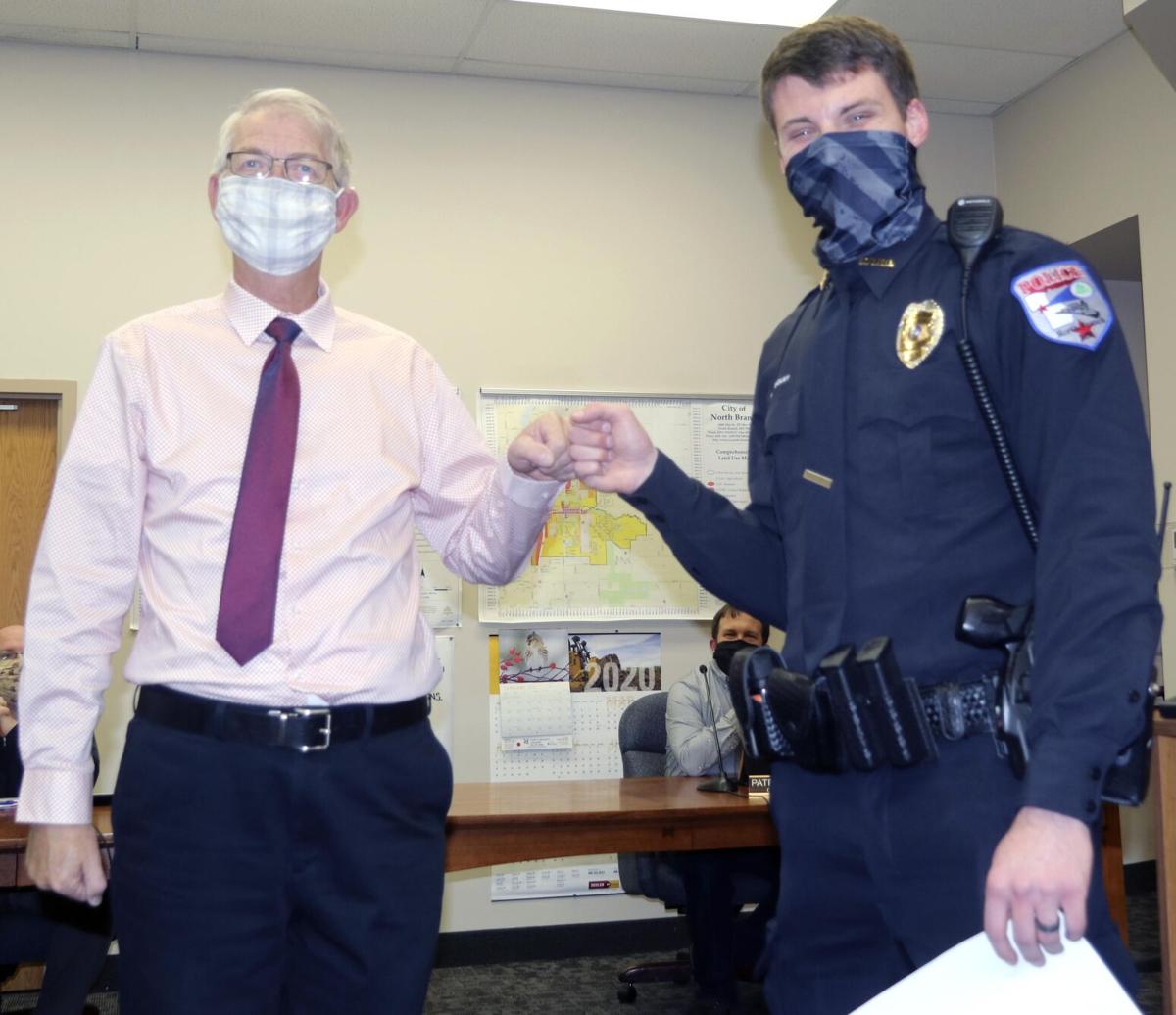 This map shows the stretch of County Road 30 (aka Forest Boulevard) that will be under construction starting this spring.

The blue and orange lines indicate the two different detours (one for northbound traffic and one for southbound traffic) that are currently planned for the project while County Road 30 is closed between Highway 95 and Cedar Street.

Patrick Meacham was sworn in as council member at the beginning of the Nov. 24 meeting, filling the seat vacated by Brian Voss.

The joke is “Minnesota only has two seasons, winter and road construction.” The embodiment of this joke was on full display last week as on the Tuesday before Thanksgiving, details of a major project that will impact a portion of downtown North Branch beginning next spring was laid out before the city council.

The $6 million project, which will improve County Road 30 beginning at Highway 95 in North Branch through Stark Road in Harris, has been in the preliminary planning stages for a while, however specific information is now being released in anticipation of the project’s startup this spring.

“The purpose of the project is very simple,” said North Branch City Engineer Lee Gustafson. “It is to improve mobility, safety and freight access along CSAH 30. In order to improve those three items, you need to improve the pavement condition.”

At the same time, since the pavement is being replaced, a “very old” water main from Highway 95 to Cedar Street will also be replaced.

As far as the road improvements are concerned, the project will greatly enhance several intersections along the route, beginning at Highway 95 where it will be easier for semis and other larger vehicles or vehicle/trailer combinations to turn off eastbound Highway 95 to go north on County Road 30. As part of this intersection’s improvements, no parking will be in place on the east side of County Road 30 for at least the length of the buildings on that corner.

“It (semis turning) takes up a lot of space, and quite frankly would take out any vehicle (parked) in that area,” Gustafson said.

Moving north, the bypass lane at Cedar Street will be eliminated in favor of a left-turn-exclusive lane. Left turn dedicated lanes will also be added in both directions at 410th and 415th Streets. The road will be shifted slightly to the west around the cemetery in order for a trail along the cemetery to be added in the future.

Gustafson said there will be two detour routes for the stretch between Highway 95 and Cedar Street. This is due to one of the routes not being wide enough to support the extra two-way traffic. For those wishing to go northbound on County Road 30, the detour will be 4th Avenue to Cedar Street. For traffic already going southbound on County Road 30, the detour will be Cougar Trail to 8th Avenue.

“We’re trying to get people to drive on these roads (when the detours are needed), but there’s no guarantee people will drive where you tell them,” Gustafson said. “We will work together with the city and county to try and do the best we can to keep the cars going on the detour routes, (but) I can guarantee, there will be complaints coming in.”

According to Chisago County Public Works Director Joe Triplett, the project is being funded with $3 million coming from the county and $3 million in federal funds. The only portion the city will have to pay for is the new water main.

“Kudos to you for coming up with the money for that,” Triplett told the council. “We wouldn’t want to have this nice, new pavement and then have water main issues underneath that would wreck it.”

While he didn’t provide an exact timeline for the project, Triplett mentioned bidding will take place in January, which will give them “several months” to finalize all of the planning and detour routes with the winning bidder.

“It’s going to be a fun summer,” he concluded. “Short term pain for long term pleasure.”

Following up on the council decision to grant a conditional use permit for the construction of two 120-foot tall towers to be used to provide high-speed internet access to the entire city, but denying a third tower to be located at 412th and Flink due to strong objection from neighbors, city staff proposed a new site for the third tower, located in the Economic Development Authority’s industrial park at the corner of 410th Street and Fletcher Avenue.

In order to place the tower in that location, a permanent easement needed to be imposed, with the city paying the EDA $1.

The new location went back to the Planning Commission for a public hearing regarding a conditional use permit for the alternative location. Assuming there is no major objection to this location, the city council will grant the CUP at their Dec. 8 meeting and city still hopes to pour the footings before the frost line gets too deep.