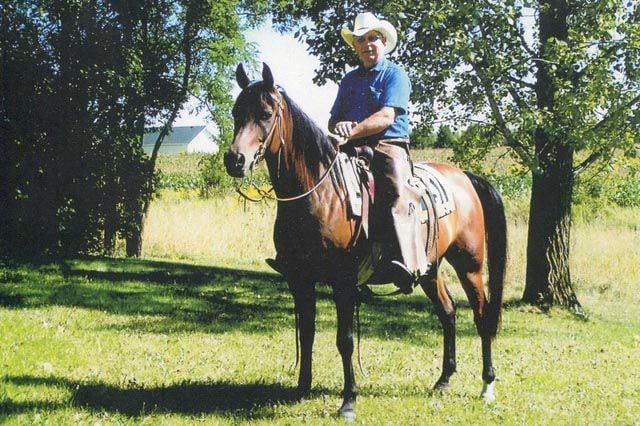 Warren Bengston plans to enjoy time with Laddie in retirement. 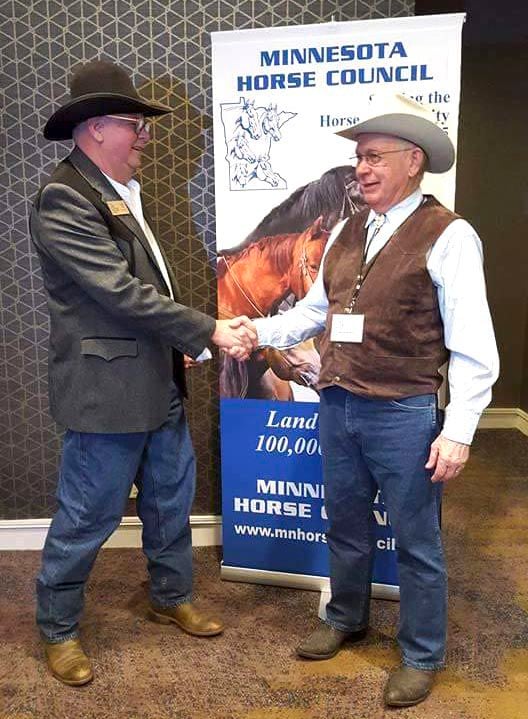 Warren Bengston was voted “Horseperson of the Year” in 2015 by the Minnesota Horse Council.

Warren Bengston plans to enjoy time with Laddie in retirement.

Warren Bengston was voted “Horseperson of the Year” in 2015 by the Minnesota Horse Council.

Some say a love affair can begin with one glance, a feeling, a calling deep down in one’s own soul. A moment like this can happen anywhere. For Warren Bengston, he remembers this moment quite vividly staring out a school bus window almost 70 years ago. That one moment was a calling that would follow Bengston, 80, for the rest of his life.

“Riding the school bus one day,” he recalled, “we went by a farm that had four horses out in the pasture.”

The year was 1952 when Bengston was 13 years old, growing up in Fridley.

“I asked my parent’s permission and I rode my bike up there,” he said, “and I said to the guy, ‘If I do work for you here, will you let me ride a horse?’ And he did. Shortly after I started doing that, he decided to have a riding stable. He bought horses like crazy, about 40 or 50 of them.”

Bengston worked there for 3-4 years before he graduated from high school. In the beginning, his payment was riding the horses.

“Once he (the owner) had started the riding stable, he did begin to pay me a wage,” Bengston said. “But prior to that, I worked around the farm there cleaning barns, and then he let me go for a ride on a horse. And that was my pay.”

But his love of horses would never compare to Bengston’s first love – his love of his one true Savior and Lord.

Bengston attended Bible college for the next four years after high school. On the weekends, he would travel up east of Hinckley where he was involved with a Christian ministry that worked with the Ojibwe people in the area.

It was there that he met his first wife, with whom he had three children. During the last few years of the ministry in the area, he began to work with horses again and began training them. It was there that he was introduced to the idea of becoming a farrier – a craftsman who trims and shoes horses’ hooves.

There would be another moment in Bengston’s life where he knew he was in the right place at the right time.

“It was kind of a divine miracle, really,” he said. “Years ago I lived up by Hinckley and belonged to the Hinckley Saddle Club. One day I met one of the farmer members of the saddle club on the street. We chatted for a bit and he asked me if I ever thought about going to shoeing school. I said, “No, not really; I can’t afford it.’ And he said, ‘Well, I’ll give you the money and you go to school, and you can pay me back whenever you can.’”

That was in the spring of 1967, and in July of 1967, Bengston went to the University of Wisconsin River Falls and began courses in the farrier program. And the rest is history – 52 years of it, to be exact.

Married to his second wife, Gloria, they have made their home in the Rush City area for the last 30 years of their 38 years of marriage. Bengston has been shoeing hundreds of horses’ hooves across Minnesota for the past 52 years, and he wouldn’t have it any other way.

There will be many things Bengston will miss about his trade since shoeing his last horse on Aug. 1 of this year. His passion for horses and their wellbeing is something that he holds dear and will be something he will miss.

“It’s kind of a shame to quit something when you’re just finally learning how to do it,” Bengston joked.

As he reflects upon his years of shoeing horses, he is grateful for the opportunity he’s had to mend many unhealthy relationships between horse and human in his hundreds of encounters.

“A hoof is a hoof,” he said. “It’s not brain surgery. But horses and people are not boring. And that is where the joy has been for me and my entire career. It’s trying to help horses and people like each other, because there is a lot of dysfunction in those relationships. They’re frustrated. And so are the horses. They (horses) can’t figure out why people can’t get their stuff together.”

This understanding has been the underlying thread woven throughout Bengston’s career. In fact it has won him awards across the state. The Minnesota Horse Council awarded Bengston the 2015 Horseperson of the Year award for his dedication and service to horses and their owners.

As Bengston tips his hat, hangs it on a hook and looks out at his 10 acres on which his trusty steed awaits another trail ride, Bengston can rest well knowing that he served his clients well – the horses and the humans.