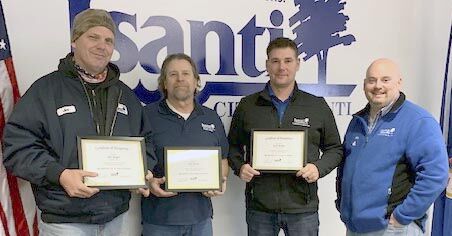 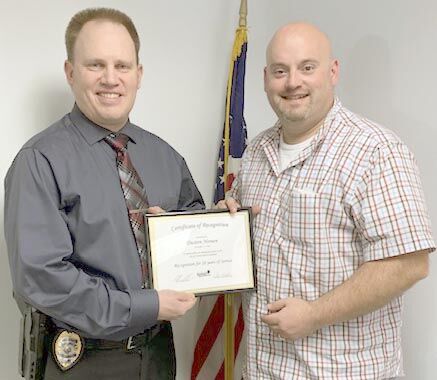 “This is to more or less wrap up the program we’ve had in place for five years now,” city engineer Jason Cook of Bolton and Menk said, noting they postponed the project slated for last year in order to allow time to work with the county on ditch maintenance. “Currently, all the culverts along Whiskey Road are lower than the ditch bottom, because it’s filled with sediment.”

During the last year, Cook has worked with the county engineer on the idea of getting them to schedule a ditch maintenance project, he said. However, the project is not a top priority for the county, because the ditch is not creating a problem with water flow or standing water, Cook informed the council.

The county engineer is willing to work with the city on the project when it does become a problem, or when the county can fit it into their schedule, Cook added.

“This is the last year of the program that gets our system up to snuff, up to where we were trying to be at, so that from here on out it’s just checking in on how the rest of the system is,” Cook said.

Council Member Steve Lundeen asked Cook about a stormwater pond on South Passage that he thought needed brush removed. City Administrator Josi Wood said she would put it on the public works schedule to look at, since smaller maintenance items like that take place in house.

“How is Whiskey Road not a problem when the water flows over the sidewalk and the sidewalk cannot be used?” asked Council Member Dan Collison.

Cook acknowledged it is a problem, and is one of the things that can be used to push the county to move forward on improving the ditch in that area. He noted it can be especially problematic when water stands over the sidewalk and then freezes.

Collison asked about taking pictures to show the county what is happening, and Cook said that was a great idea.

The council approved a business development/subsidy agreement for Light the Lamp LED/Wolf River Electric to purchase two parcels of land from the city for $2 - $1 per parcel.

Light the Lamp LED/Wolf River Electric is currently located in Isanti, but has out-grown its current facility, according to Community Development Director Sheila Sellman.

Each parcel will be five acres of a 15-acre parcel subdivided into three five-acre parcels located along Dual Boulevard Northeast. The site is certified shovel ready, and the developer plans to build two 16,000 square-foot buildings and employ 35 employees at the beginning, increasing to 55 employees as the expansion takes place, Sellman informed the council.