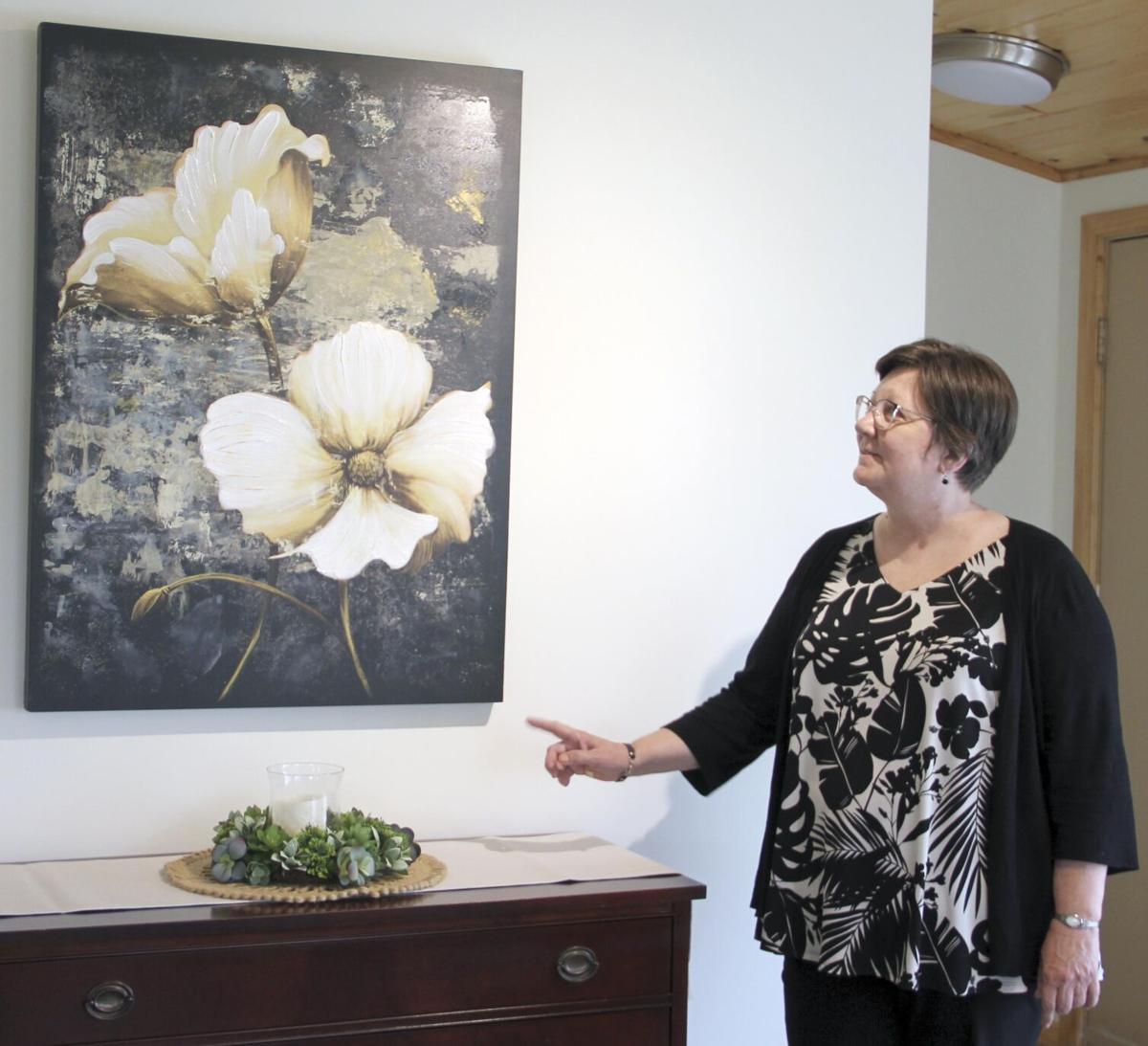 Terri Hopman poses in front of a painting of an amborella flower - a hearty plant that is the namesake of the new safe house. 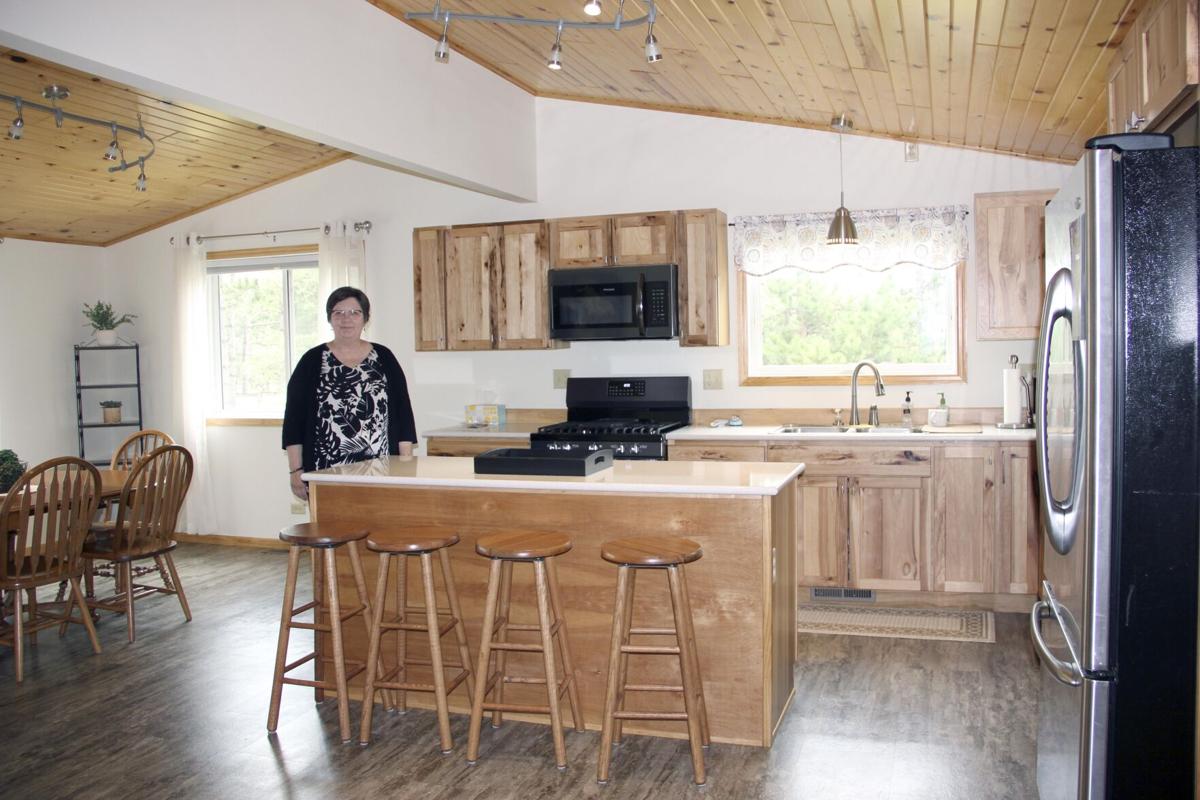 Terri Hopman, executive director of Renew Hope MN, stands in the kitchen and dining area of Amborella House, a safe house for sex-trafficked women opening near North Branch in mid-August.

Terri Hopman poses in front of a painting of an amborella flower - a hearty plant that is the namesake of the new safe house.

Terri Hopman, executive director of Renew Hope MN, stands in the kitchen and dining area of Amborella House, a safe house for sex-trafficked women opening near North Branch in mid-August.

There was one memorable moment when Terri Hopman knew she had to do whatever she could to help women illegally trafficked for sex in Minnesota.

About eight years ago, Hopman, of Wyoming, was founder and director of a pregnancy resource center in Brainerd when a young Asian woman came in for an ultrasound with a man about 50 years her senior. He answered all the questions Hopman asked without allowing the woman to answer, and when Hopman sought to get the woman alone by saying she needed a urine sample, the man insisted on coming along. Hopman let him know that wasn’t allowed.

“So as we were walking back,” Hopman recalled, “I said to her, ‘Are you okay?’ She looked at me, and the look on her face was like, ‘Oh my goodness, somebody sees something wrong here.’ But she said, ‘Yes, I’m okay.’ I said, ‘Are you sure you don’t need some help? Do you need me to call someone?’ She said, ‘No, don’t do that.’ I knew she was afraid.”

When Hopman tried to make conversation by asking how the two had met, she was chilled to the bone when the man said they met in Thailand where he goes “to purchase property.”

“He brought her there in a limo that had a bed in the back,” Hopman said, “so we knew something was not right. We reported it to the police, and I don’t know whatever came out of it. But it was that particular incident when I knew it was happening right in Brainerd.”

The disturbing encounter started a journey that has brought Hopman to today where she is the executive director of Renew Hope MN, a local nonprofit that will open a safe house in the North Branch area in mid-August for women rescued from sex trafficking. The home will provide transitional housing, therapy, education and compassionate care with a goal of getting the women safely back out into life and freedom.

CATALYST FOR A HOME

People might think Minnesota doesn’t have a problem with sex trafficking, but the Minnesota Attorney General reported “a six-month study by local prosecutors found over 34,000 advertisements posted online for sex in the Twin Cities” (https://www.ag.state.mn.us). These solicitations lead to hook-ups in area massage parlors, hotels, residential brothels and other sex-oriented businesses.

“I think we’ll get women from all over because Duluth is a big hub; St. Cloud is a big hub,” Hopman said. “It’s everywhere. It literally is in our neighborhoods and probably right under our noses, and we don’t really see it.”

Hopman found kindred spirits when she moved to Wyoming in 2014 and met a group of women in her church who wanted to open a safe house for trafficked women. One woman worked for a florist and suggested the name for the future home could be “Amborella House,” named after a white tropical flower known for its hardiness.

“We thought it was perfect for what we will be doing in the home,” Hopman said, “how these women have survived some of the harshest conditions and yet they still have the opportunity to bloom.”

She spent a year researching what trafficking looked like in the Twin Cities and what the needs were. She discovered there were resources for trafficked children, but few for women over 18. Amborella House will be only the second faith-based safe house for sex trafficked adults in the state.

In 2017, Hopman discovered Wellspring Living Institute out of Atlanta – an organization that operates a number of safe houses and trains other nonprofits how to do it.

“I worked with them for almost two years,” Hopman said, “setting up all of the policies, procedures, the handbooks for volunteers, employees and the women themselves, the board, everything.”

The institute continues to mentor Hopman through all phases of setting up the home, and Wellspring Living mentors will be providing training for staff that are hired to operate Amborella House.

As the safe house was coming together on paper, the search for a brick-and-mortar location began last fall. With funds received from three fundraising banquets and ongoing donations, Renew Hope MN hit the jackpot when they found the present house after touring only four others.

It’s a 2,700-square-foot, four-bedroom, two-bath home located on six park-like acres in the North Branch area. The plan is to house five women at a time, with two sharing one of the bedrooms and three having their own rooms.

There’s a spacious kitchen and dining area, a lower level TV viewing space with a table for classes, a private room for counseling sessions and office space for the program director.

“The two-car garage will be set up as a recreation building,” Hopman said, “with ping pong, etc., and have a sitting area and microwave. Women can have supervised visits with their children out there.”

Donors gave money to purchase furniture and decor for the bedrooms, and every single item was purchased on a Target registry set up to fill the house with towels, washcloths, kitchen utensils, cleaning supplies and all household necessities.

The home’s location is undisclosed for the safety of the women. Intakes will be done at a rented office in Wyoming, and all mail for residents is delivered there. Anyone visiting the house will be asked to sign a confidentiality agreement to keep the address secret.

LIFE IN THE HOME

Once the home opens in mid-August, the newly hired program director will work with local law enforcement, social service agencies, hospitals, churches and other resources to identify women who would benefit from a stay at Amborella House.

“The Washington County attorney told us we’d be full in five minutes,” Hopman said, adding she believes 15 to 20 women per year could move through the program. Although a stay may last up to 18 months, she believes some will be shorter as women might choose to return to countries they were taken from.

Cooking will be covered by the residents themselves as they work from a menu developed by a local nutritionist who will offer classes in cooking, menu planning and grocery shopping.

“The whole program is really set up as a strengths-based approach,” Hopman said, “which means we help them identify their strengths, and that’s what we help them build on.”

Evenings and weekends are less structured with time for shopping, art projects or equine therapy, already offered by a local ranch.

A class called “Faith Exploration” will be offered, giving residents a chance to talk and learn about faith, but church attendance is not mandatory.

“We are faith-based,” Hopman said. “Our goal is to help them physically, emotionally and spiritually, so there will be opportunities to go to church, but it’s their choice. We want them to have some control in their life again.”

Hopman will be seeking volunteers to provide enriching experiences for residents like spa days with manicures and pedicures or training in skills like jewelry making or how to repurpose furniture.

“We can store it for them for when they’re on their own,” Hopman said, “or they can sell it and make a little money for themselves.”

FUTURE OF THE HOME

Building on the idea of giving residents a place to sell items they’ve created, Hopman said an idea floated for the future is to open a boutique-like thrift store or coffee shop or combination of the two.

“Residents can work there and earn money for themselves so as they go out on their own they have money in the bank,” she said. “It can teach them how to run a small business. It’s career readiness.”

Another future goal is to upgrade the existing fire pit with landscaping, outdoor furniture, lights, a swing – maybe add a gazebo and benches around the property.

And according to Hopman, an overarching goal of Renew Hope MN is to open other safe houses in the Twin Cities and around the state, even though the process to bring Amborella House into existence has been long and tough.

“I have a hard time sleeping at night thinking that there are women out there who are being sold while I’m resting comfortably in my bed at night,” Hopman said. “As we look at the work that will happen in this home, I envision women coming in so broken and leaving in a whole different place – a place of hope and looking forward to their future.”

How to provide support

•Monetary donations can be made at the nonprofit’s website at renewhopemn.org.

•Gift cards for the residents to purchase clothing can be donated. Kohl’s and Maurice’s preferred. Drop at the office at 5305 E. Viking Blvd., Wyoming, or mail to: Renew Hope MN, PO Box 725, Wyoming, MN 55092.

•Watch for the volunteer catalog to be added at renewhopemn.org listing needed volunteer help.