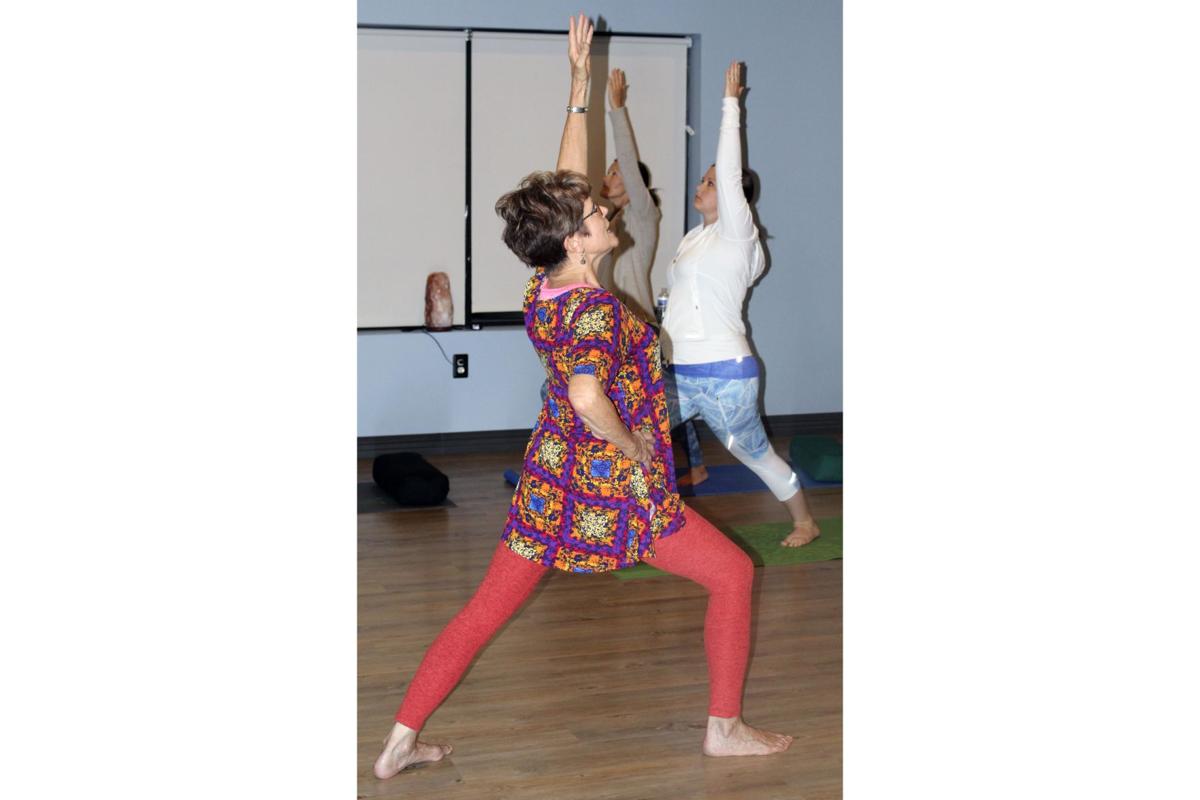 Jane Benjamin, instructor of Slow Mindful Yoga at WillowBridge Center in Isanti, leads the way to self-awareness and self-acceptance through the slower, more inward-focused yoga practice. 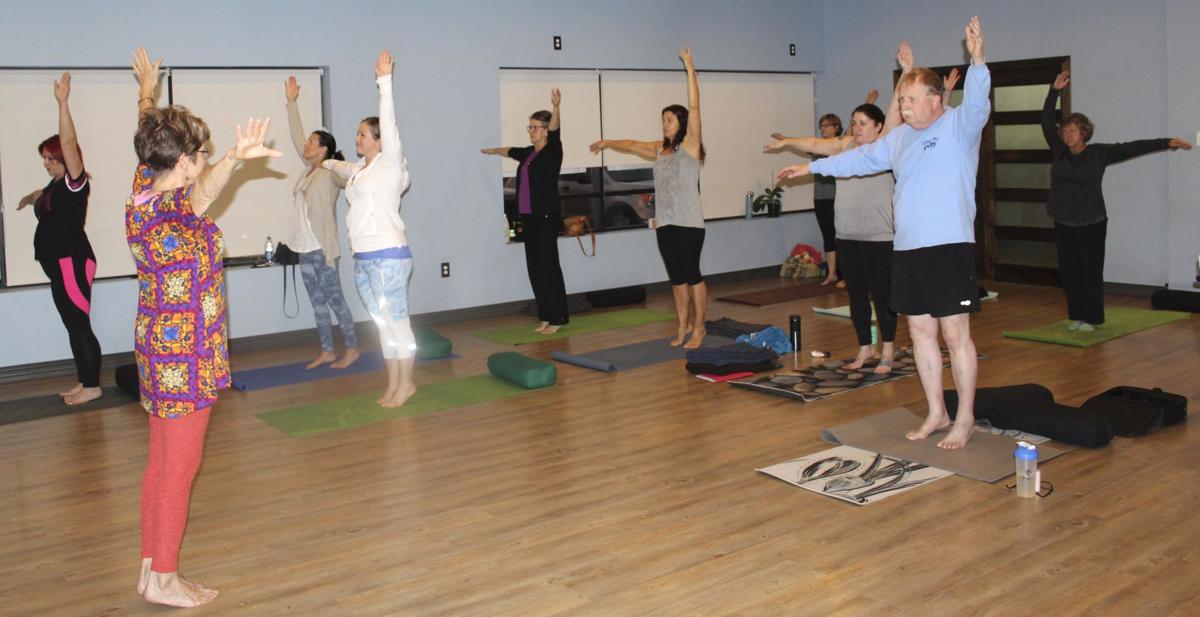 A class goes through the poses of Slow Mindful (or Subtle) Yoga led by Jane Benjamin (second from left) at WillowBridge Center in Isanti. The newer yoga form is offered in weekly sessions and focuses on training the nervous system.

Jane Benjamin, instructor of Slow Mindful Yoga at WillowBridge Center in Isanti, leads the way to self-awareness and self-acceptance through the slower, more inward-focused yoga practice.

A class goes through the poses of Slow Mindful (or Subtle) Yoga led by Jane Benjamin (second from left) at WillowBridge Center in Isanti. The newer yoga form is offered in weekly sessions and focuses on training the nervous system.

Slow Mindful Yoga, also known as Subtle Yoga, has made an impression on the yoga world.

Yoga instructor Jane Benjamin has brought the up-and-coming practice to WillowBridge Center in Isanti with a “Science of Slow” workshop last fall, and after a break, classes are again meeting every Tuesday from 6-7 p.m.

“I’m so thankful that the yoga world is waking up to the unique value of slow, mindful practice,” said founder of Subtle Yoga Kristine Kaoverii Weber.

Weber, of Asheville, North Carolina, said she wanted something different from the more fast-paced yoga that was on the rise in the late ’90s and early 2000s. So in 2003 she developed a style with many practices originating from what she had studied and learned from ashrams in India, Bengali tantric yogis, Asian bodywork, energy work, Viniyoga, Chinese medicine and gigong.

“In 2009 I started to study neuroscience and realized that it was going to be very important in explaining how what I teach has a different effect than exercise practices,” Weber said. “I’ve taken many classes and workshops over the years to help me better explain the underlying neurobiology behind yoga practices.”

Compared to other forms of yoga that focus more on physical attributes by doing various exercises, Slow Mindful Yoga focuses more on the inward workings of practitioners’ bodies, such as hormones, neurotransmitters and the parasympathetic nervous system, according to Benjamin.

Who can benefit and how

The practice suits anyone, Benjamin said, and participants don’t need any prior yoga experience.

She said some of her more advanced yoga participants have a hard time slowing down to the pace of Subtle Yoga and adapting to self-awareness.

Though Subtle Yoga generally attracts people in their 40s or older, Benjamin said anyone who wants to diminish some anxiety or stress should think about trying a class, and that patience will be practiced and become a skill.

Feedback from participants in the fall Science of Slow class has all been positive, according to Benjamin. One person said sleep has been better; one is less tired and has more motivation; another is a better listener and one has been finding spiritual awareness.

Although Benjamin is newer to instructing Subtle Yoga, her background is strong in practicing all different types of yoga for the past eight years, which include Vinyasa, chair yoga, HOT yoga and Sculpt Yoga.

The training and education she had to undergo to instruct Subtle Yoga involved about 72 hours of online training and in person with founder Kristine Kaoverii Weber.

Benjamin said she hopes the unique style becomes popular in surrounding areas and that it makes its way into healthcare communities.

“The most intriguing aspect about this practice,” she said, “is enhancing self-awareness, which leads to increased self-acceptance, actively involving oneself in self-care and embracing loving kindness first for oneself, then for others.”

For information or to register for a class visit Willowbridgecenter.com or call 763-552-6161.