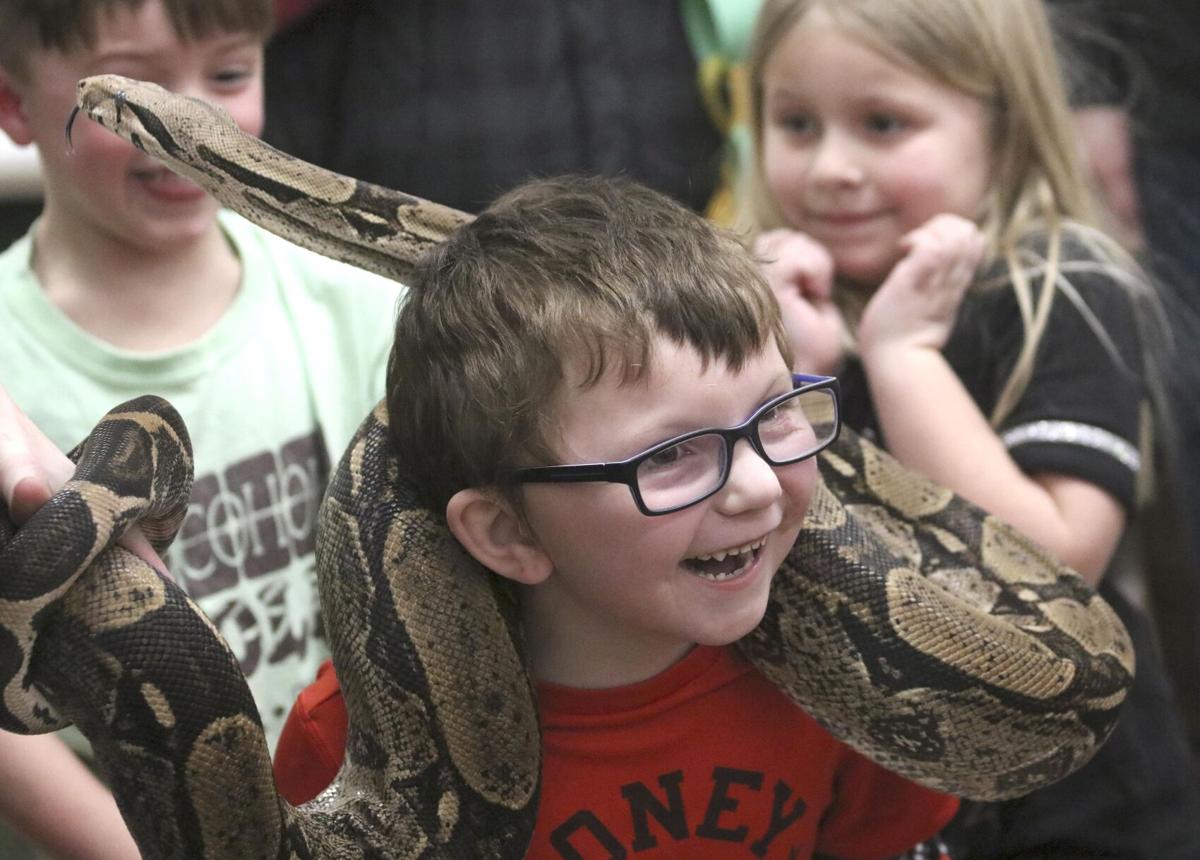 This image took third place in the Portraits and Personality category in the Minnesota Newspaper Association's Better Newspaper Contest. 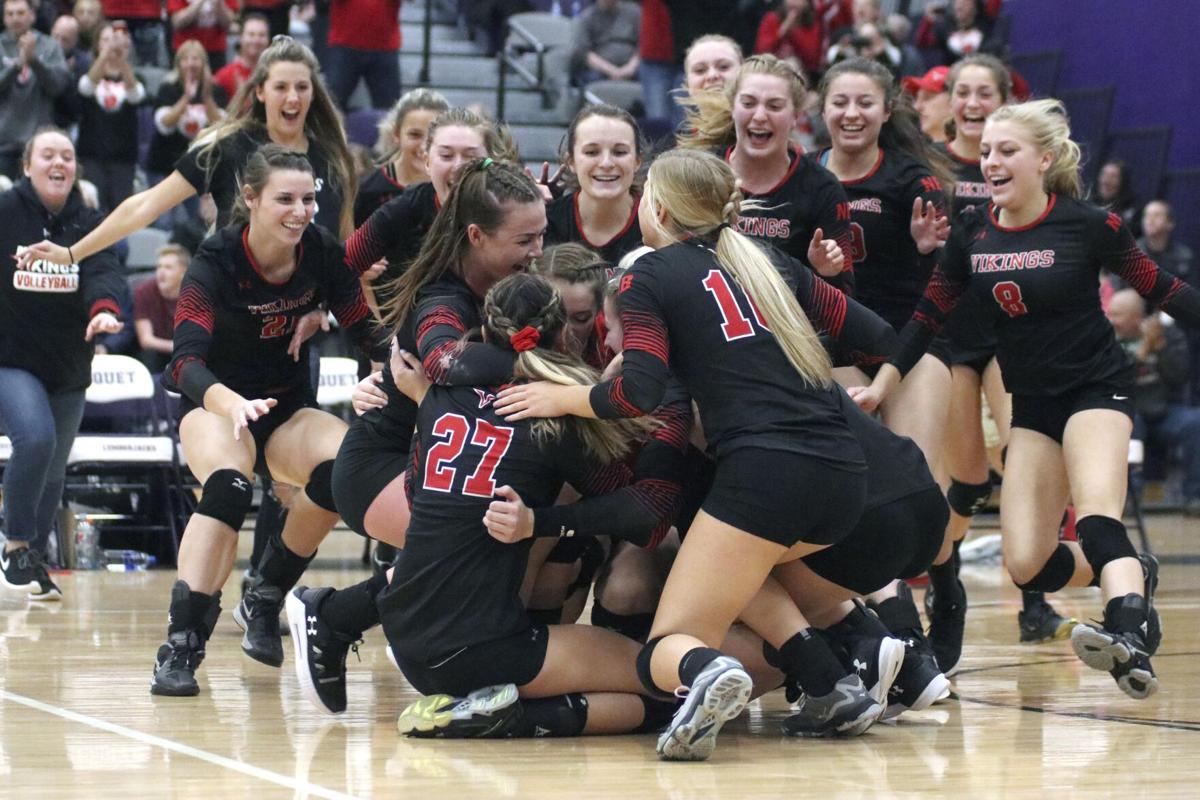 This image took third place in the Sports Photography category in the MNA's Better Newspaper Contest. 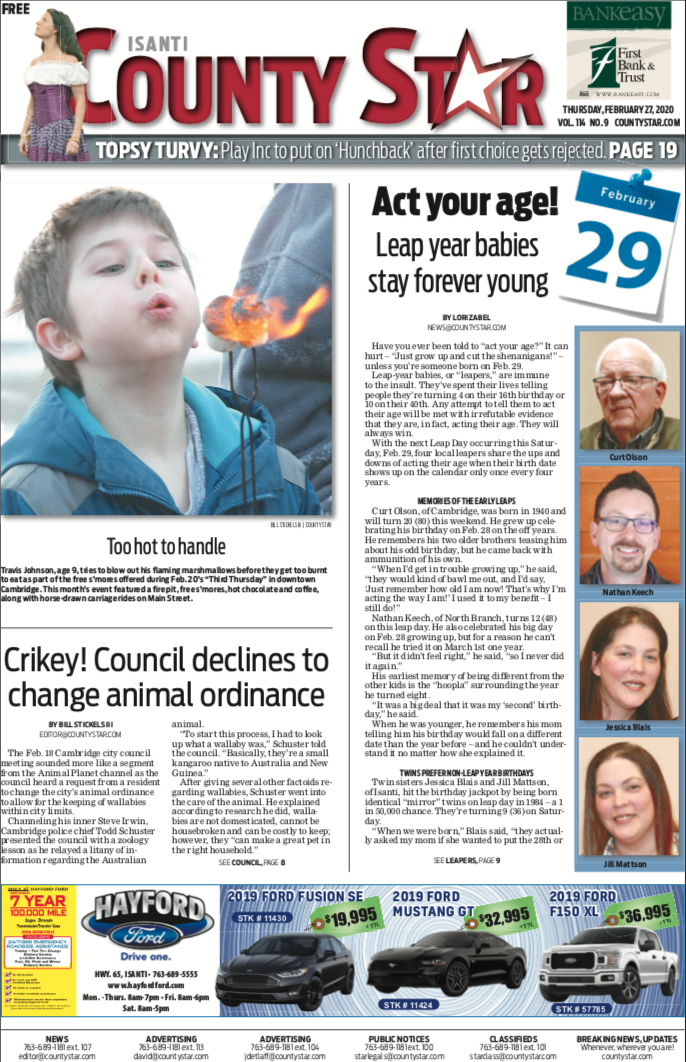 The article on the right side of this image received second place in the Human Interest category of the MNA Better Newspaper Contest.

This image took third place in the Portraits and Personality category in the Minnesota Newspaper Association's Better Newspaper Contest.

This image took third place in the Sports Photography category in the MNA's Better Newspaper Contest.

The article on the right side of this image received second place in the Human Interest category of the MNA Better Newspaper Contest.

For the fourth year in a row, the Isanti-Chisago County Star newspaper earned multiple awards in the Minnesota Newspaper Association’s Better Newspaper Contest, this year picking up three in three different categories.

Normally, the BNC winners are recognized during a banquet in conjunction with MNA’s annual convention, however because of COVID-19, the convention was canceled and the awards ceremony was presented virtually. Despite that - or perhaps more accurately because of the pandemic, Star editor Bill Stickels III was extremely pleased with the results.

“Like many others, this past year has been extremely difficult for the newspaper business,” Stickels said. “Although we continue to strive to put out high-quality stories and photos during the pandemic, there’s no denying the number of stories and events for us to cover was greatly decreased for most of 2020. That made for fewer choices among ‘the best of the best’ to submit to the contest.”

Stickels himself earned two of the three awards, with both being third place in a photography category. Once again, he placed in the sports photography category, with this one being for his photo of the North Branch volleyball team celebrating their 2019 section championship win (contest submissions could be made of anything published between Sept. 1, 2019 and Aug. 31, 2020).

His other award came in a new category for him - Portraits and Personality. That winning photo was of a young boy holding a boa constricter around his neck during North Branch’s “Snake, Rattle & Roll” mobile reptile zoo visit back in Feb., 2020. Stickels now has accumulated seven total MNA awards, all in photography, between his time at the Star and the Ely Echo.

“Lori had a ton of fun with that story, and it really showed in the finished article,” Stickels said. “I knew as soon as I read it it had the potential to be a winner.”

Zabel also was a co-writer on a story that appeared in the Star’s sister newspaper, the Kanabec County Times titled “Grief Interrupted: Funeral homes cope with pandemic restrictions” that took first place in the Human Interest category in the Times’ circulation size. A shorter version of that story also appeared in the Star last April. Those two awards brings Zabel’s total to five MNA awards.

Stickels once again stated how thrilled he was to earn any awards, given the extremely competitive circulation size the Star is in for the contest.

“It bears repeating, because we are a free newspaper, we are placed in the largest non-daily circulation size, going up against newspapers in larger cities than our area,” Stickels said. “So for us to consistently pick up multiple awards against, it really says something.”