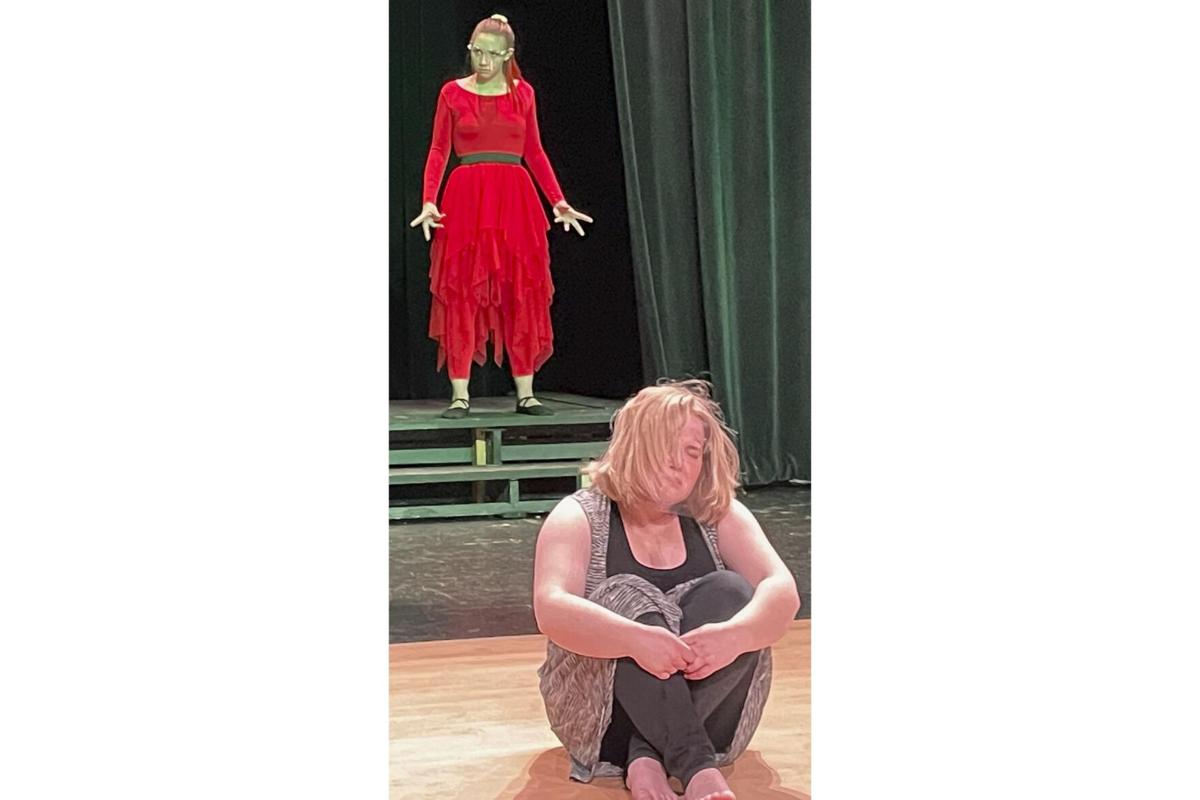 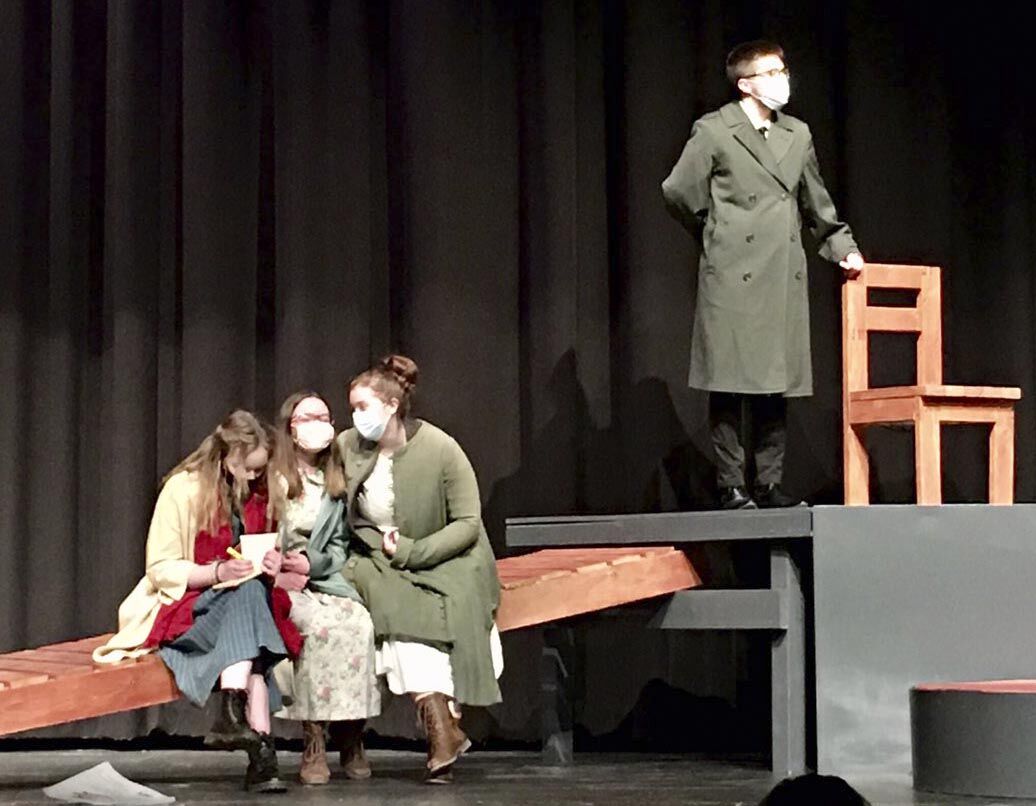 As high school sports teams continue to navigate the rough waters of re-establishing conference play amid pandemic restrictions, another extra-curricular activity is joining the fray – the annual One Act Play competition.

In its Minnesota State High School League-sanctioned events, high school drama departments produce a 30-minute play with stringent guidelines on cast, crew and content, then are judged on acting, costumes, technical elements and overall effectiveness. Winning ensembles may move through levels of competition to State on Feb. 11-13 this year.

As could be expected, “the Minnesota State High School League wrote a host of new rules specifically for this year,” according to director Jared Faust at Cambridge-Isanti High School.

The biggest change is giving directors the option to video-record their play in an on-stage performance or record a video conference of actors performing in a Zoom call-type format.

Both Cambridge-Isanti and North Branch Area High School have chosen to compete by submitting a recording of a live, on-stage performance, beginning at the conference level last weekend.

“Because MSHSL allowed sports to return to in-person practices, I chose to stage our show in person,” said Laura Michels, director of North Branch’s production.

As for C-I, Faust said, “We felt this would give the students the best and most authentic experience.”

Along with new rules, both directors faced the challenge of students learning remotely from home until Jan. 19, making practice more difficult than ever before.

“We began rehearsing at the beginning of December virtually on Google Meet,” Michels said. “We were able to focus mostly on learning lines and developing characters.” The troupe began in-person rehearsals around Jan. 4.

Cambridge-Isanti’s actors also began practicing every day after school the past three weeks, according to Faust.

“It’s one of the fastest rehearsal schedules I’ve ever worked with,” he said, “but the students have been fantastic. I’ve never seen a cast get their blocking and lines down so quickly.”

In-person practices must follow safety protocols everyone is familiar with: masks and distancing.

“All students must sanitize frequently, wear face shields or masks,” Michels said. “And I staged the show so that all students could remain socially distanced … No character actually touches any other character for the entire show.”

For further safety, she made the decision that actors will not utilize real props in the show, but will pantomime any objects they’re talking about.

Faust even found a silver lining in C-I’s students having to wear masks: “It’s been a good opportunity for students to really work on their projection and enunciation skills,” he said.

Both directors also saw positive aspects to the format change of submitting a video recording for judging. In other years, students would have only 10 minutes before their production to set up lighting, sound and the set on an unfamiliar stage at the host school.

“I feel it has given each school a slight advantage,” Michels said. “We can rehearse and perform in our own spaces, which is where we are most comfortable.”

Disadvantages this year have been mostly related to COVID restrictions, according to the directors.

“The set has been more simplified,” Faust said. “With a shorter work time, we’ve had to streamline a lot of the process, so some things are not as elaborate as they would have been in other years.”

Michels said it’s been tricky to figure out ways to stage the production in a safe manner, but students have been supportive of restrictions because they know it’s for their safety. But even that doesn’t remove the sting of not being able to stand before an audience.

“It can be difficult as a performer to put your whole heart and soul into a performance,” she said, “when you don’t receive that instant audience feedback during the show.”

Without the customary One Act public performances, what will audiences be missing this year? Possibly due to the heavy year that’s just been navigated, both schools have chosen plays with serious themes.

Cambridge-Isanti will offer “937,” by Don Zolidis, in which a ship of 937 Jewish refugees flees Germany in 1939, seeking asylum in Havana, Cuba. The ship is refused entry there, as well as in the U.S. and other Atlantic nations. The troupe of 12 student actors and four crew members will bring to life the refugees’ struggle to find a new home.

“We felt this was an important story that is worth being told,” Faust said. “Helping (students) craft moments so their character work can really shine has been incredibly rewarding.”

North Branch’s 16 actors and three crew members will offer “Fighting Demons,” by Angela Hill, in which 10 teenagers find themselves trapped and fighting their own demons: addiction, bulimia, cancer, abuse, suicidal thoughts and other tragic secrets. In the end, they must choose to stay trapped or fight their way to freedom.

“My theater kids had indicated that they wanted to do a show that was a little heavier in subject matter this year,” Michels said, “as compared to last year when we did a fantastical whimsy type of show. … When I saw them channeling raw emotion with their audition pieces, it floored me.”

Once the schools’ performances are recorded, judged and awarded, both directors hope this difficult season will see their student actors coming out stronger on the other side.

“Despite everything thrown at these kids this year,” Faust said of Cambridge-Isanti’s team, “they’ve continued to be optimistic, work hard, and be the amazing young adults I know them to be. I could not be more proud of who they are and what they’ve accomplished.”

Michels said she wants her students to see they can still have a theater program in the middle of a pandemic.

“I want them to feel like they belong somewhere,” she said, “and if theater is what they love, I am going to make it happen for them, no matter what.”