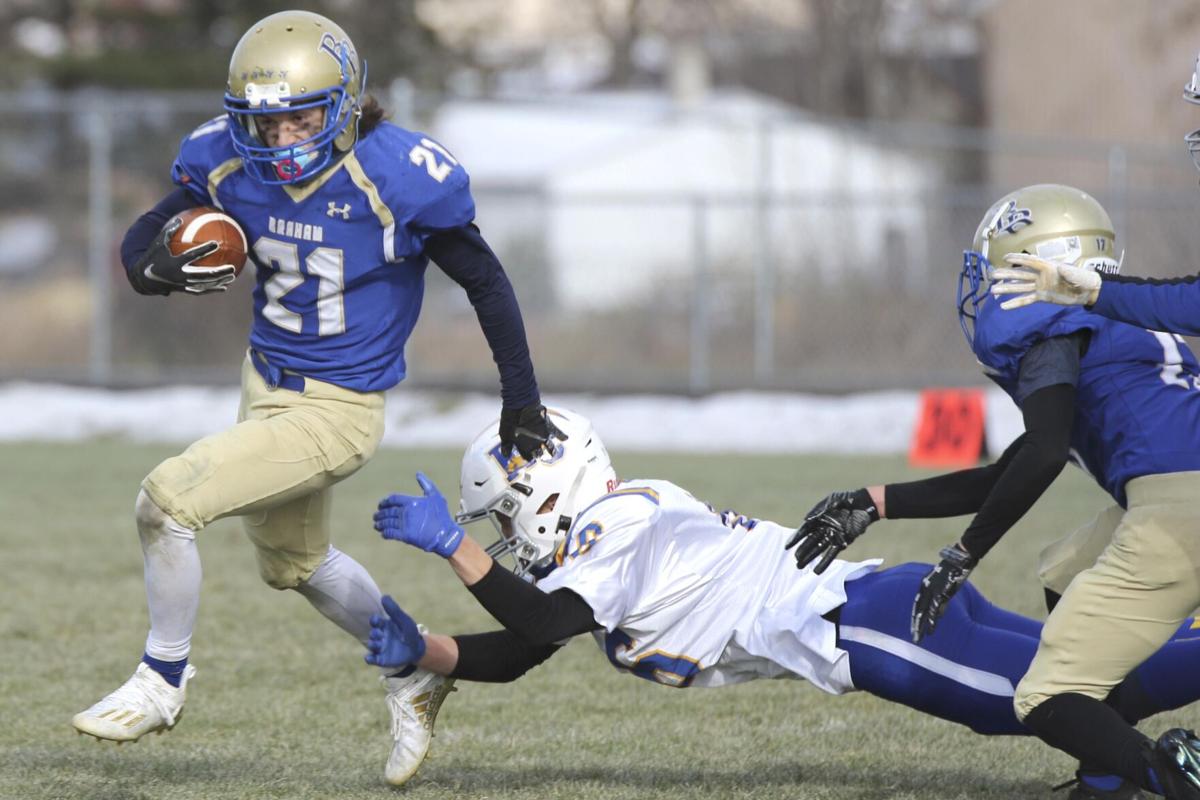 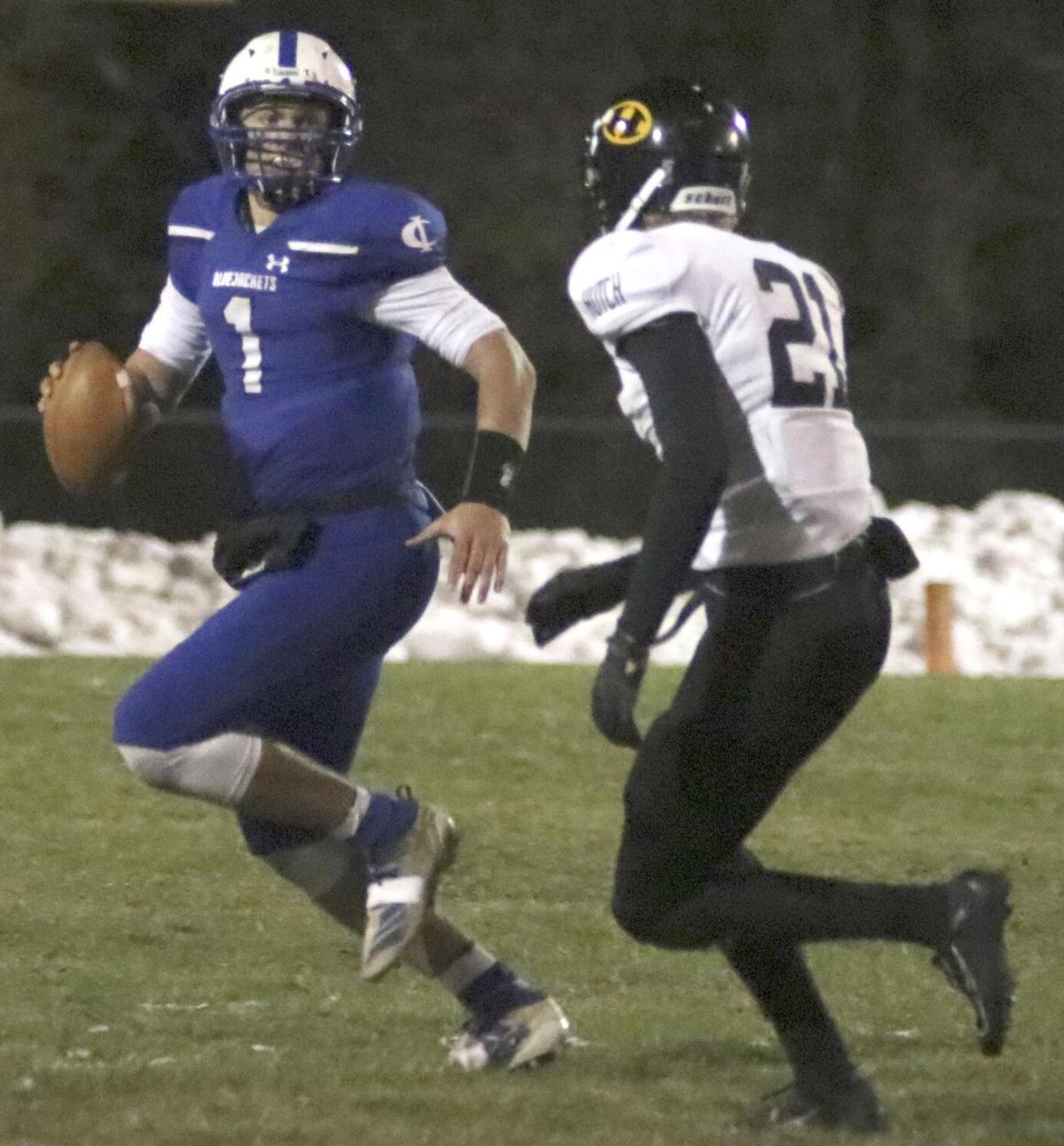 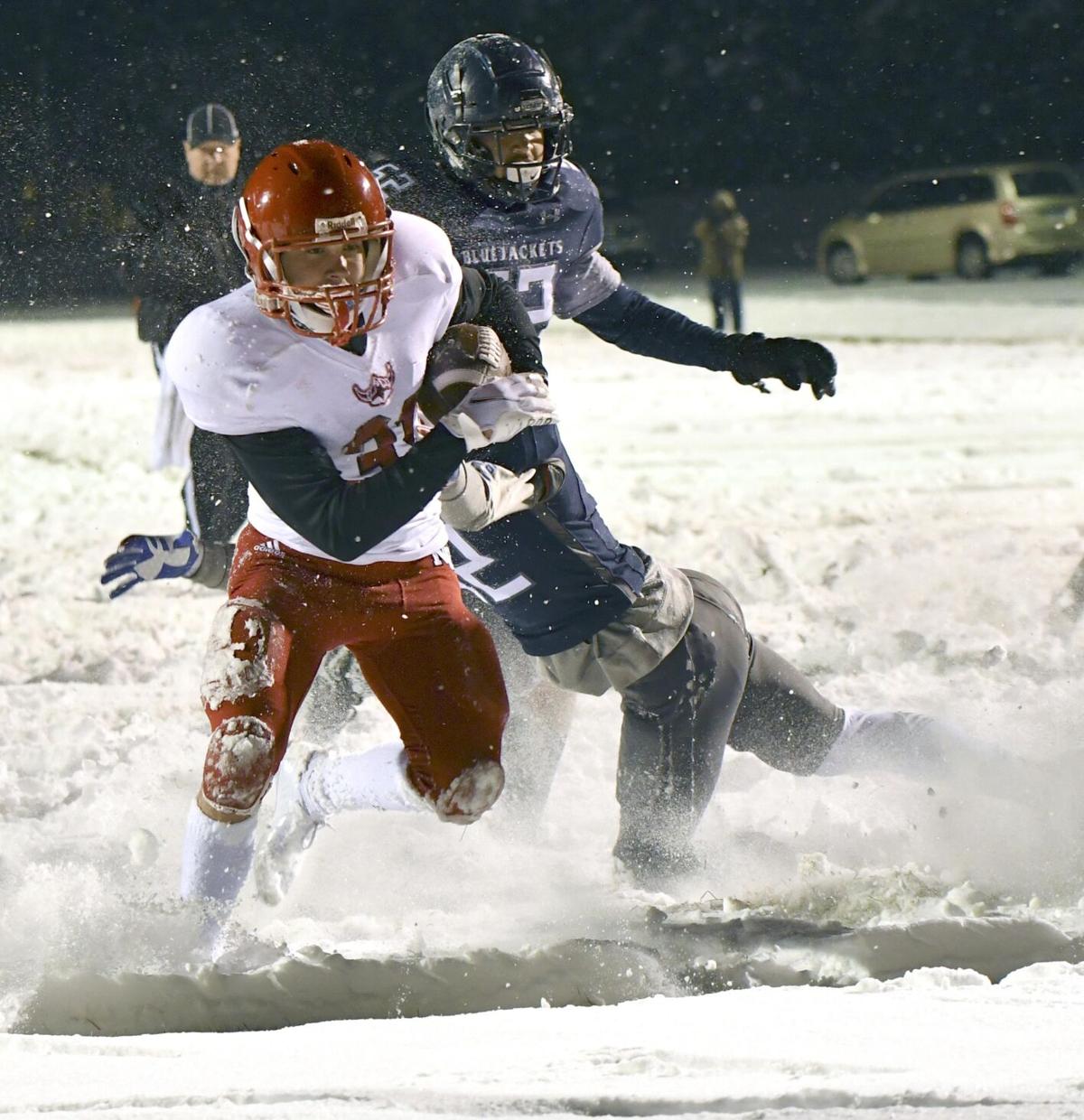 North Branch’s Ashton LaBelle plows through the snow - and the Hibbing tacklers, for his fourth touchdown of the game.

North Branch’s Ashton LaBelle plows through the snow - and the Hibbing tacklers, for his fourth touchdown of the game.

After starting their seasons with losses, the North Branch Vikings and Cambridge-Isanti Bluejackets have seen their seasons become polar opposites, not only on the scoreboard, but in the scheduling as well. Meanwhile, the Braham Bombers’ season has been a combination of both of the Jackets’ and Vikings’ seasons.

As has been the case with several other schools across the state while trying to fill out a schedule in the middle of this pandemic, the Cambridge-Isanti Bluejackets have found themselves facing an opponent that wasn’t originally scheduled for the third time in three weeks. And in the process of all of the rescheduling, the Jackets haven’t cut themselves any slack, going up against their third top-five ranked opponent.

Last week, after moving up their game against Monticello by a week to fill the void left by St. Francis canceling, a matchup between two of the state’s most historically successful programs was formed as Hutchinson traveled to meet C-I.

While the final score of 36-12 in favor of the Tigers didn’t indicate it, the Jackets put up a decent fight against their highly-ranked foe. After Hutchinson took a 14-0 lead in the first quarter, the Jackets answered with a 10-yard touchdown run by Gaven Ziebarth. After that, however, the Tigers defense presented a classic “bend-but-don’t-break” stance, forcing three Jacket drives to stall on failed fourth down conversion attempts.

Meanwhile, the Tigers’ ground game started churning out big yardage as the visitors extended their lead to 36-6 before Ziebarth’s second touchdown with just a minute left in the game created the final score.

This week, it appears the Jackets will finally play the team they were originally scheduled to face, although it will be a day later. Chisago Lakes is just coming off their self-imposed two-week layoff, so the game originally slated for Friday night, Oct. 30 was moved to 1 p.m. on Saturday, Oct. 31 in order to give the Wildcats five practice days before they play their first game of the season.

North Branch, on the other hand, has yet to go through the need to reschedule a game as both their opponents and they themselves have avoided having to make any COVID-related changes. Additionally, after facing a traditionally tough opponent in Cloquet in week one, the Vikings have seen a significant decrease in the level of competition in their opponents.

On a snow-covered field up north, the Vikings shut out host Hibbing 46-0. The Vikings built up a 30-0 lead at halftime, and then cruised to the win that featured running time in the fourth quarter. All of the scoring North Branch needed came from the special teams as Gavyn Jensen-Schneider blocked a punt and ran it in for an early touchdown.

North Branch will get stiffer competition this week as the undefeated Grand Rapids Thunderhawks makes the trek down to face the Vikings in North Branch’s final home game of the regular season.

Like the Jackets, Braham has had their fair share of schedule changes. After having their rivalry game against Rush City postponed, the Bombers’ game versus East Central was likewise canceled, which created an opening for a rare Monday afternoon time slot for the rescheduled game against the Tigers.

Each team was only able to reach paydirt once in the first half, leading to an 8-8 score at halftime. In the second half, however, Rush City capitalized on a pair of scoring drives to build up a 20-8 lead going into the fourth quarter. The Bombers answered with a touchdown of their own, but one more Tigers TD put the game out of reach despite one final score for the Bombers.

Quarterback Hayden Lee accounted for all of Braham’s scoring on two rushing scores and one touchdown pass to Kyle Peterson. Carson Shockman did lead the team in rushing, picking up 136 yards, but no touchdowns.

Braham will now be working on a short week as they are scheduled to face Hinckley-Finlayson at home at 7 p.m. on Friday, Oct. 30.