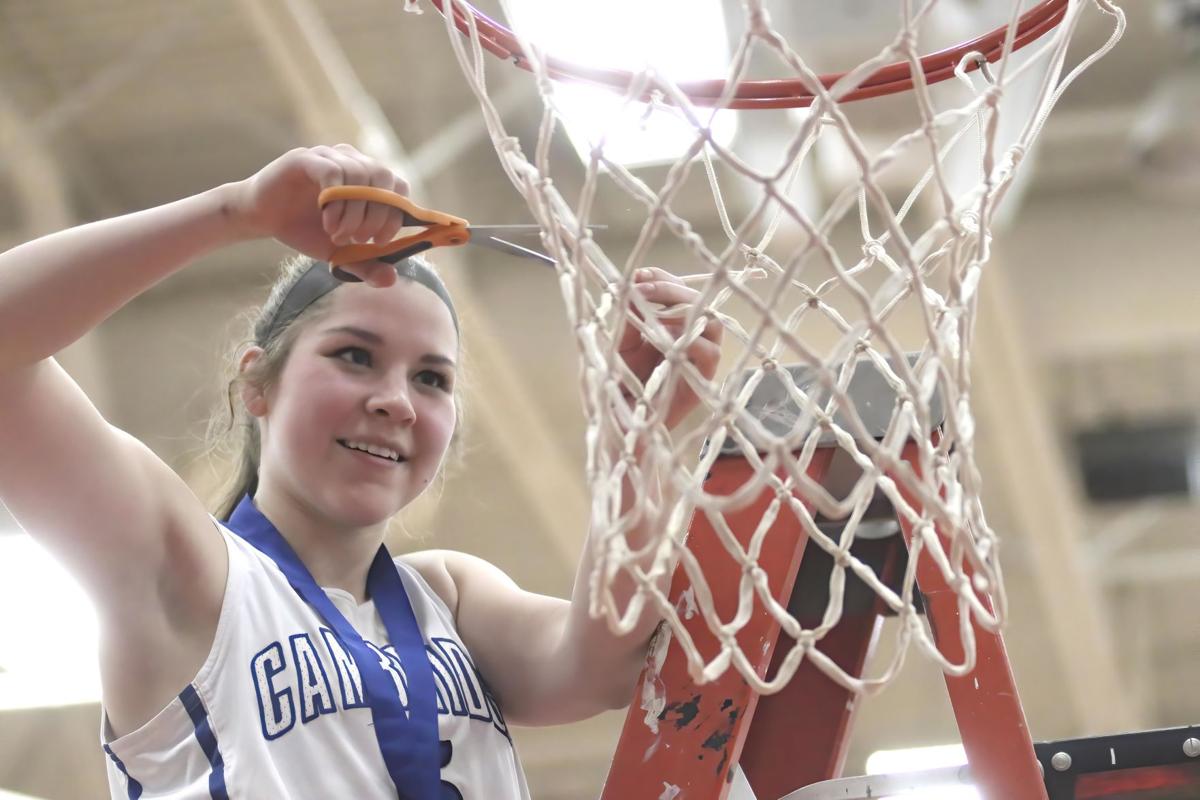 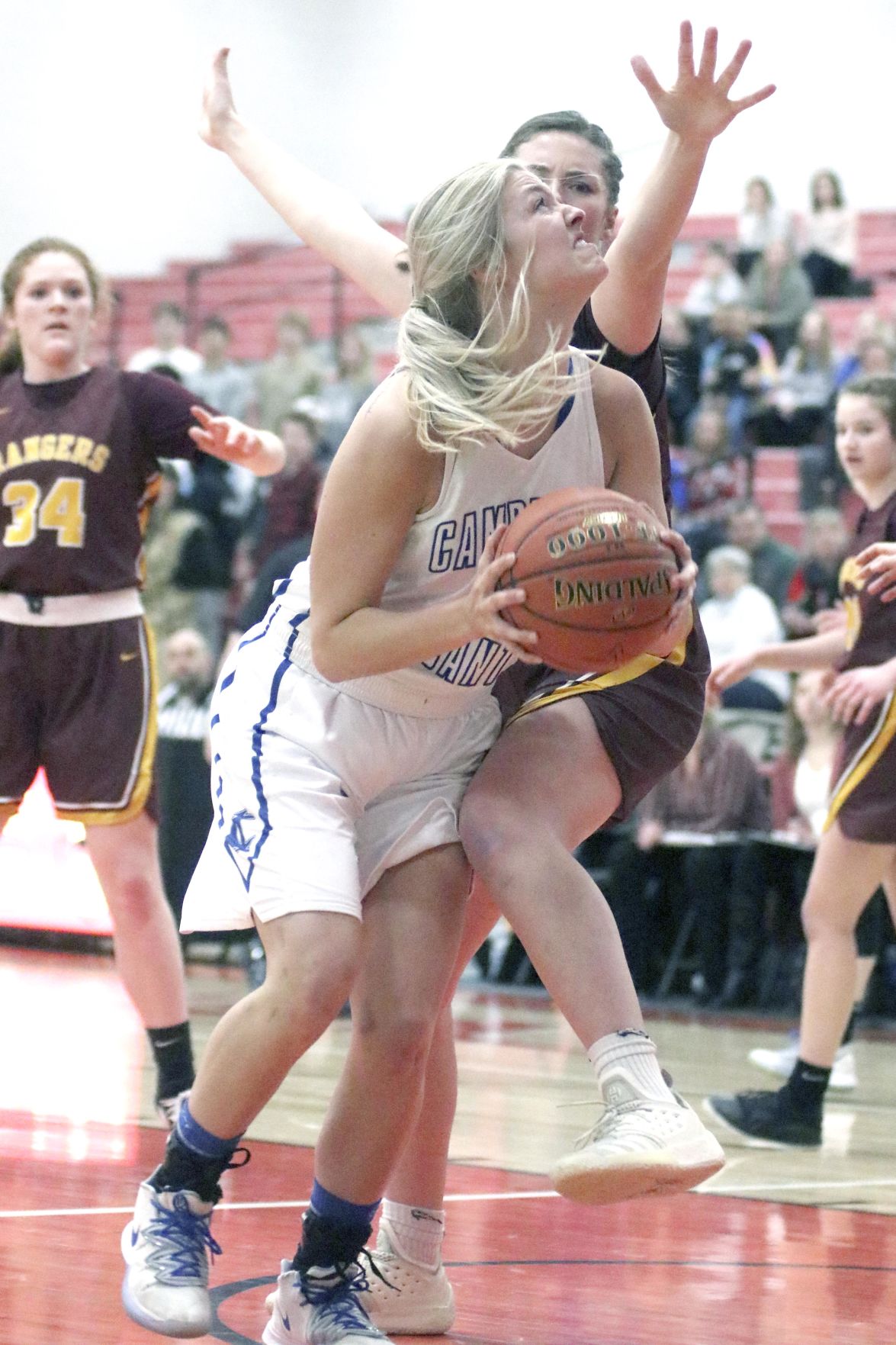 Back in 1999, a core group of six seniors, plus a talented underclassman starter, who had been playing together for almost their entire basketball lives made history by winning Cambridge-Isanti’s first-ever section championship and state tournament berth in girls basketball.

After years of mediocrity in the program, that team was trailblazers that paved the way for future teams to strive for glory. And while several teams came agonizingly close to returning to the big stage, including four-straight section final appearances from 2009-2012, none of the teams could get over the hump - until this year.

This year’s squad, while not quite as dominant during the regular season as 21 years ago, is very similar to that squad who made headlines back then. Touting eight seniors who had played together all of their basketball lives (plus one talented sophomore starter), this year’s team had taken their lumps throughout the last three years as they grew into an extremely cohesive unit.

And following a surprising run to the section finals last season that resulted in yet another runner-up trophy, the Jackets knew that 2019-2020 would be their “now-or-never” season.

Almost fittingly, the Jackets would face the same team in this year’s section finals as they faced last year in the form of Forest Lake. But as opposed to last year when it was the upstart Jackets taking the senior-heavy Rangers to the brink of an upset, this year it was a younger Rangers squad looking to spoil the Jackets’ dreams.

Throughout a better part of the championship game, which was held at North Branch (in the same gym as the 1999 section finals), it looked like C-I would once again be stymied. After the Jackets jumped out to an early lead, Forest Lake would methodically build up a lead throughout the first half that culminated with a 28-24 halftime score, in favor of the Rangers.

The start of the second half featured more of the same, with Forest Lake not allowing C-I to get on any sort of extended run going, while at the same time rebuilding their lead to nine points four minutes in, making some think it may just be “never.” Rather than folding up and accepting yet another runner-up trophy, however, the Jackets simply proclaimed “never say never.”

The Jackets buckled down on defense, started working for every single rebound and bit-by-bit chipped away at the lead on the offensive side of the court, eventually tying the game at 48 with just under five minutes remaining. Another defensive stop led to a wide-open Molly Hennen sinking a close-in jumper, giving C-I their first lead since early in the first half. It was a lead they would not let slip away.

The Jackets kept up the defensive pressure, and just like in the Andover game converted key free throws by senior Jackie Olander to put the game out of reach with a final score of 59-50.

“Those seniors have put in so much time,” Ledahl continued. “I’m just so proud of them. From third grade, they have been absolute gym rats, so to have the opportunity to see them celebrate like that last night, what an accomplishment this is.”

The Jackets will most likely have to go into the State Class AAAA tournament with a “happy to be there” attitude as C-I received the most difficult matchup imaginable. At 10 a.m. on Wednesday, March 11 at Williams Arena, the Jackets faced #1 ranked, undefeated Hopkins. Led by newly crowned Gatorade National Player of the Year and University of Connecticut signee Paige Bueckers, the Royals are riding a 60-game winning streak and are the defending state champions.

That is exactly what C-I did, while at the same time they played a very solid game against the Royals. However, Hopkins was just too much for the Jackets as they defeated C-I 85-55.

The loss sends the Jackets to the consolation bracket, where they faced #4 seed Park Center at 10 a.m. on Thursday, March 12 at Concordia University.

The Jackets also fell to the Pirates in the consolation round, by a score of 70-62, ending their season.

For full details from C-I’s entire state tournament, see next week’s edition of the Star.