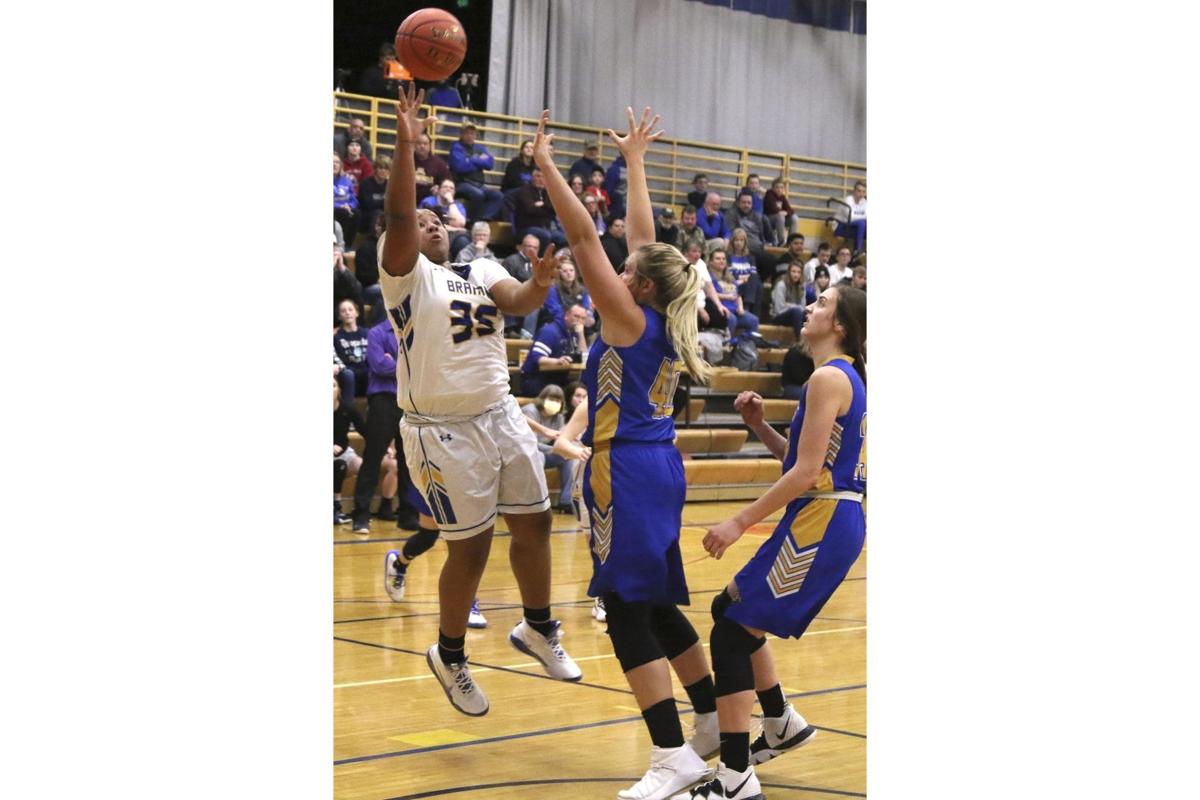 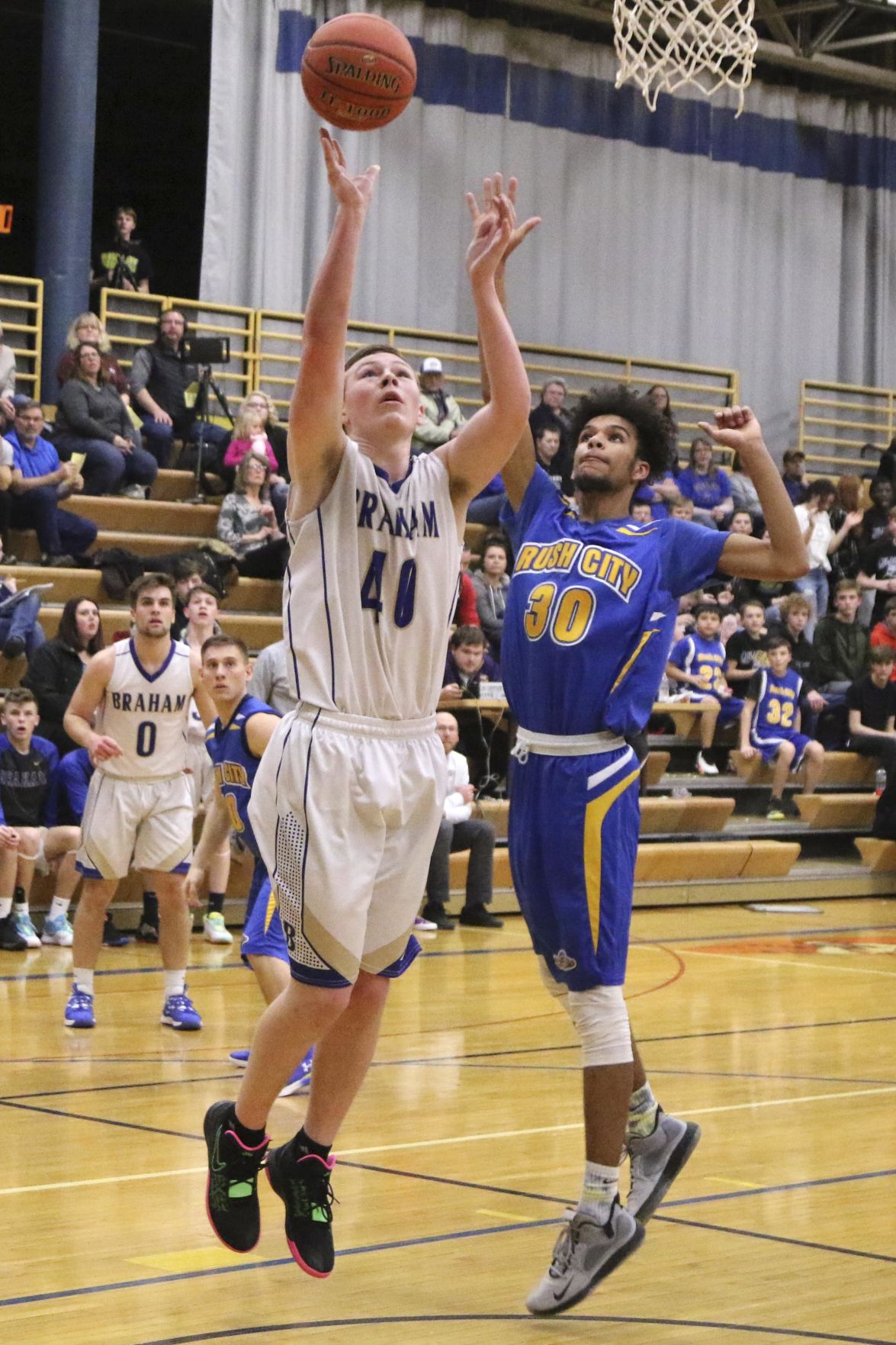 Braham’s Jonah Johnson takes a shot while being defended by Rush City’s Will Campbell Jr.

Braham’s Jonah Johnson takes a shot while being defended by Rush City’s Will Campbell Jr.

In their lone action of the week, the Bombers came out victorious over their neighbor rivals, Rush City, in thrilling form as they won 58-56 in overtime.

Hannah Cornelius led all scorers for the game, picking up 21 points. Julia Kuhnke added 14 for the Bombers.

The girls team now touts a 11-10 record as the season starts to wind down, with only three games remaining before the playoffs start.

Braham didn’t have as much luck going against their rivals as the girls team did, falling to Rush City 52-49. Zach Yerke picked up 15 points for the Bombers, with Kevin Laman adding 14.

Two days earlier, on Tuesday, Feb. 4, Braham did pick up a solid 63-50 win over Oglivie. Laman was the leading scorer against the Lions, picking up 15 points. Jonah Johnson added 13 points in the win.

Braham finished the week with a game in Collegeville versus St. John’s Prep, where they fell 62-58 in another close match-up.

Braham currently sits with a 9-11 record on the season.

The following Friday, the team hosted the Great River Conference Tournament in Braham, with RC/B also taking the championship in that, scoring 207 team points, just ahead of Mille Lacs, who finished with 202 points.

RC/B received the #6 seed for the Section 7A team tournament and will face #3 Blackduck/Cass Lake Bena on Saturday, Feb. 15, in Royalton.