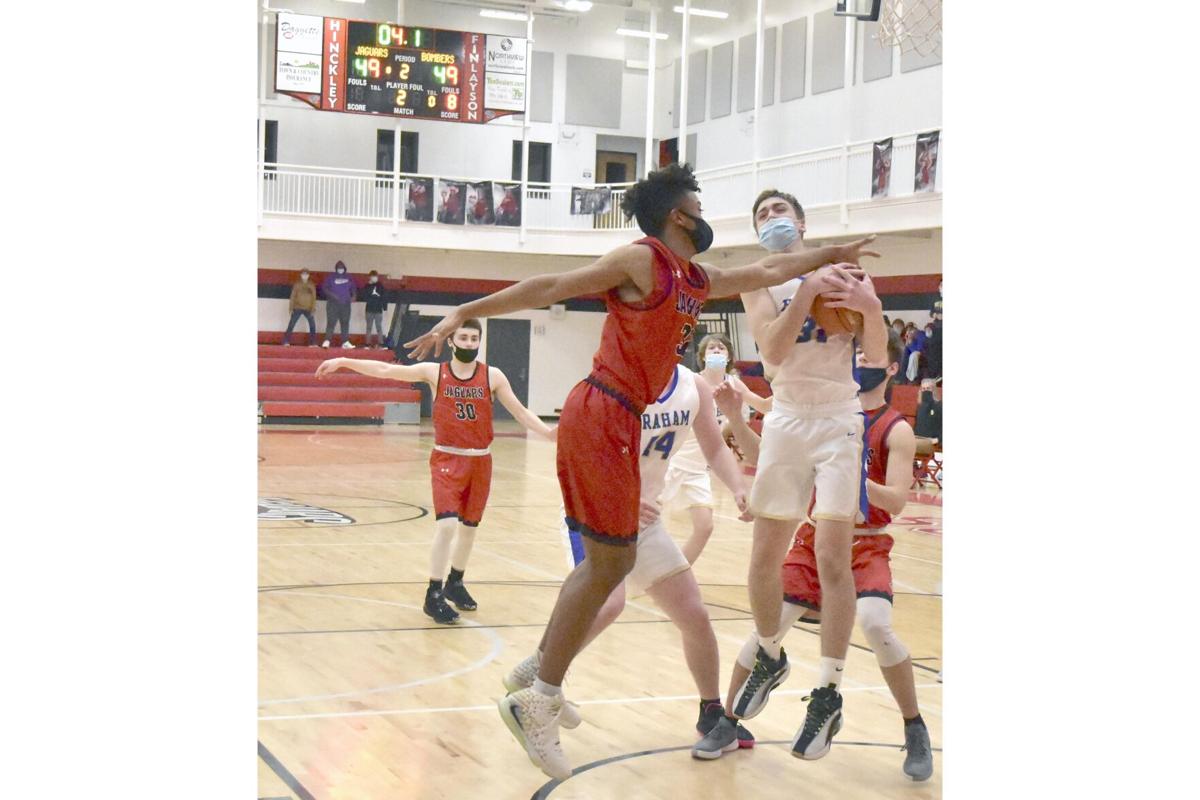 Braham’s Zack Yerke pulls down a key rebound with just four seconds remaining to secure overtime during the Bombers’ game at Hinckley-Finlayson. 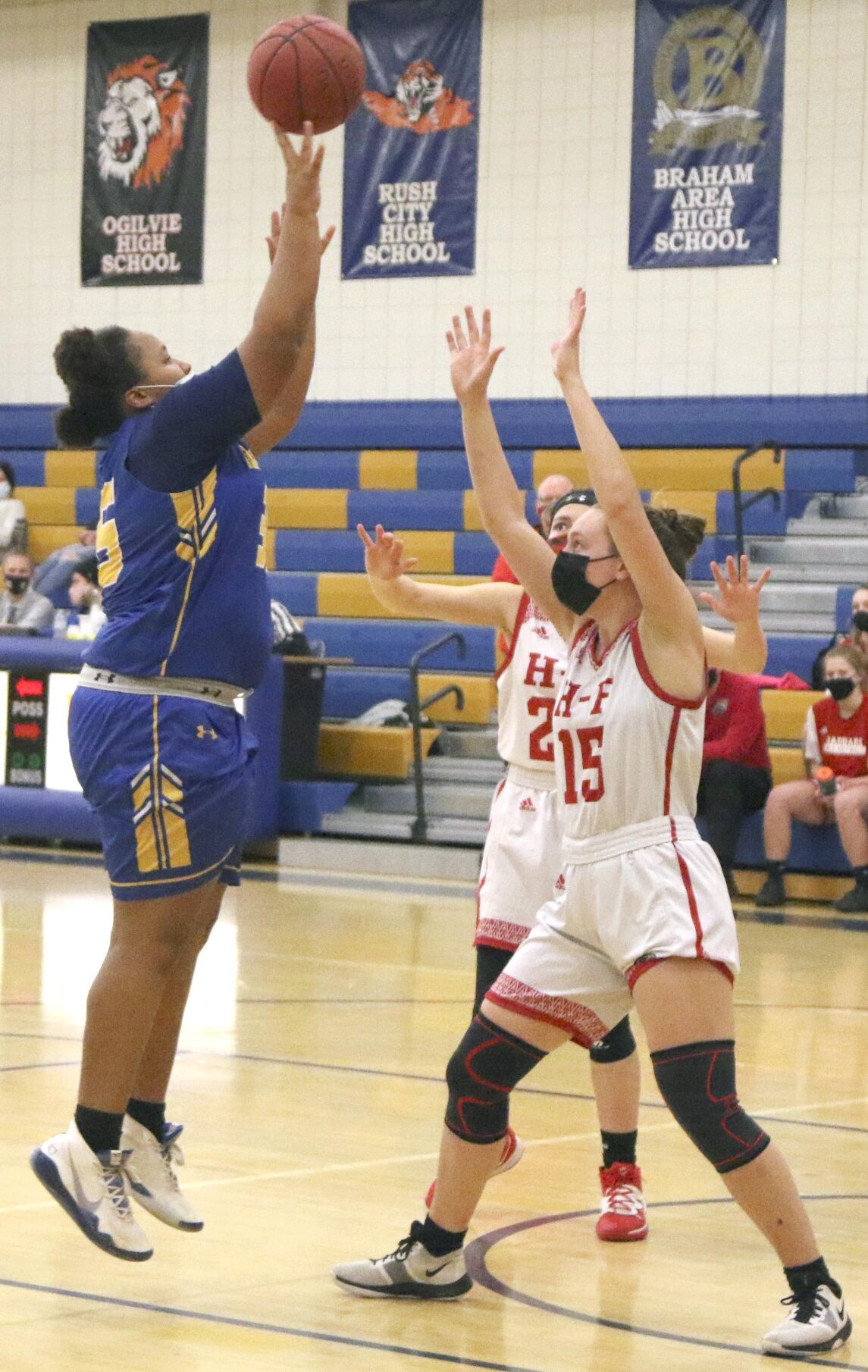 Nickole Duvernay takes a shot over a pair of Hinckley-Finlayson defenders.

Braham’s Zack Yerke pulls down a key rebound with just four seconds remaining to secure overtime during the Bombers’ game at Hinckley-Finlayson.

Nickole Duvernay takes a shot over a pair of Hinckley-Finlayson defenders.

The Bombers came away with a pair of wins last week, with one being by a large margin and the other by the closest of margins.

The week began with a lopsided 70-30 win at Isle. It concluded with a thrilling 53-52 overtime win at Hinckley-Finlayson.

In the win over the Jaguars, Zack Yerke had 10 rebounds, with none being more important than an offensive grab with just four seconds remaining in regulation to send the game into overtime at 49-49. The Bombers would go on to outscore H-F 4-3 in the extra time.

The two wins give Braham a season record of 6-3 at the halfway mark of the season.

Once again, the two Bomber teams seem to follow similar patterns as the girls team also won a close game, along with a lopsided one.

The close game came first against Upsala, as the visiting Bombers hung on for a 54-52 win. The lopsided game came at home against Hinckley-Finlayson, with the hosts winning 76-53.

With just over half their season completed, the Bomber girls sit at a very respectable 8-2 record, which puts them on the top of the Section 5A - East standings.

Rush City/Braham wound up facing some extremely tough competition last week, losing all four of their matches. First up was a triangular at Chisago Lakes, where RC/B lost to the host Wildcats 51-30 and Becker 74-4. The following day, the team faced even bigger competition, losing to Centennial 51-22 and Osseo 63-11.

Landon Umbreit, at 126 pounds, was the only RC/B wrestler to go 3-0, with the individual results from the Centennial match not being reported.