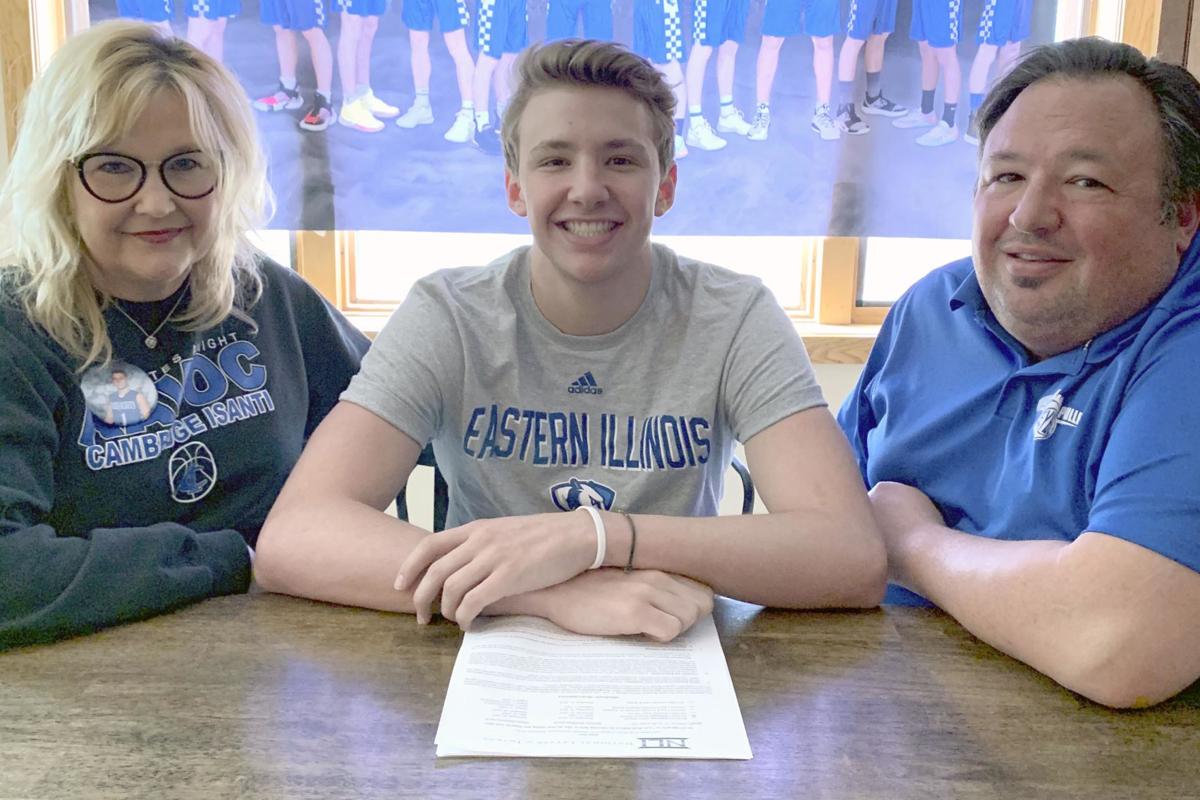 Henry Abraham is flanked by his mom, Sandra, and dad, Jason, as he signs his National Letter of Intent to play basketball at Eastern Illinois. 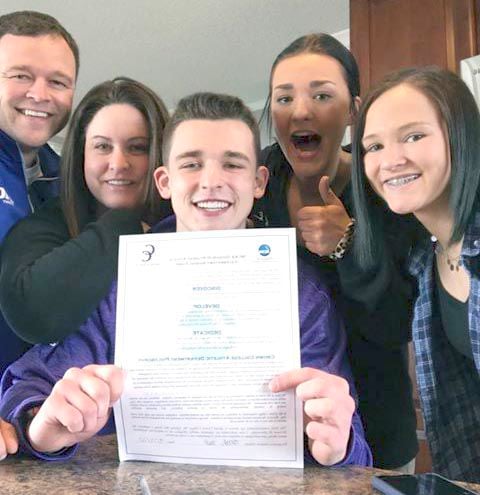 Micah Ladd’s entire family gets in on the celebration of him signing with Crown College to play basketball. 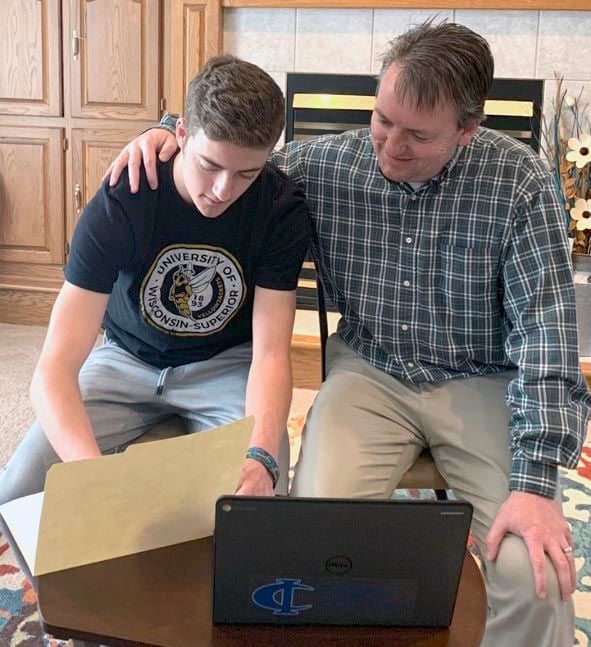 Jacob Zacharias is joined by his father, Tim, as he signs to play tennis at the University of Wisconsin-Superior.

Henry Abraham is flanked by his mom, Sandra, and dad, Jason, as he signs his National Letter of Intent to play basketball at Eastern Illinois.

Micah Ladd’s entire family gets in on the celebration of him signing with Crown College to play basketball.

Jacob Zacharias is joined by his father, Tim, as he signs to play tennis at the University of Wisconsin-Superior.

The April 15 Cambridge-Isanti High School college signing ceremony was noteworthy for a number of “firsts.” Not only did the traditional ceremony feature the first Bluejacket boys basketball player to sign a National Letter of Intent to compete for a Division I school, but because of the state “Stay at Home” orders, it was also the school’s first virtual signing ceremony, if not the state’s.

Instead of the normal gathering of family, friends, teammates, coaches and media at the high school, three student-athletes put pen-to-paper live in front of a computer screen.

Henry Abraham, who walks away with virtually every single school scoring record, a couple of which may never be broken again, became C-I’s first-ever Division I signee when he committed to attending Eastern Illinois.

Abraham admitted the main reason for signing with the Panthers was because they offered him a scholarship.

“It’s always been a dream of mine to play Division I basketball,” Abraham said. “They were the first school to give me a chance, so I just rolled with it.”

He said the pandemic did alter his plans for deciding where to attend college.

“I was very undecided with not much contact with coaches,” he said. “The Eastern Illinois coach called me and felt comfortable with them although I couldn’t visit with them.”

In basketball parlance, Micah Ladd was “Robin” to Abraham’s “Batman,” oftentimes being the Jackets’ go-to player when teams were paying extra attention to Abraham. Also like Abraham, he was undecided following the pandemic-shortened season. Ultimately, he chose to attend Division III Crown College, located in St. Bonifacius, Minnesota.

Unlike Abraham, however, Ladd looked at the pandemic as a good opportunity to make a solid choice.

Jacob Zacharias was the lone non-basketball player to sign this time around. The tennis player chose to attend the University of Wisconsin Superior. He became the fourth Jacket boys tennis player to currently be continuing their competitive career in college.

Zacharias said the pandemic didn’t affect his decision-making at all.

“Superior was the second school I toured and I just knew this was the college that was the best fit for me,” Zacharias said. “As soon as I stepped on the campus, it was a weird feeling that it was the right place.”