The Bluejacket girls cross country team takes off from the starting line during the triangular with Monticello and Princeton held at Isanti Middle School on Thursday, Sept. 17. 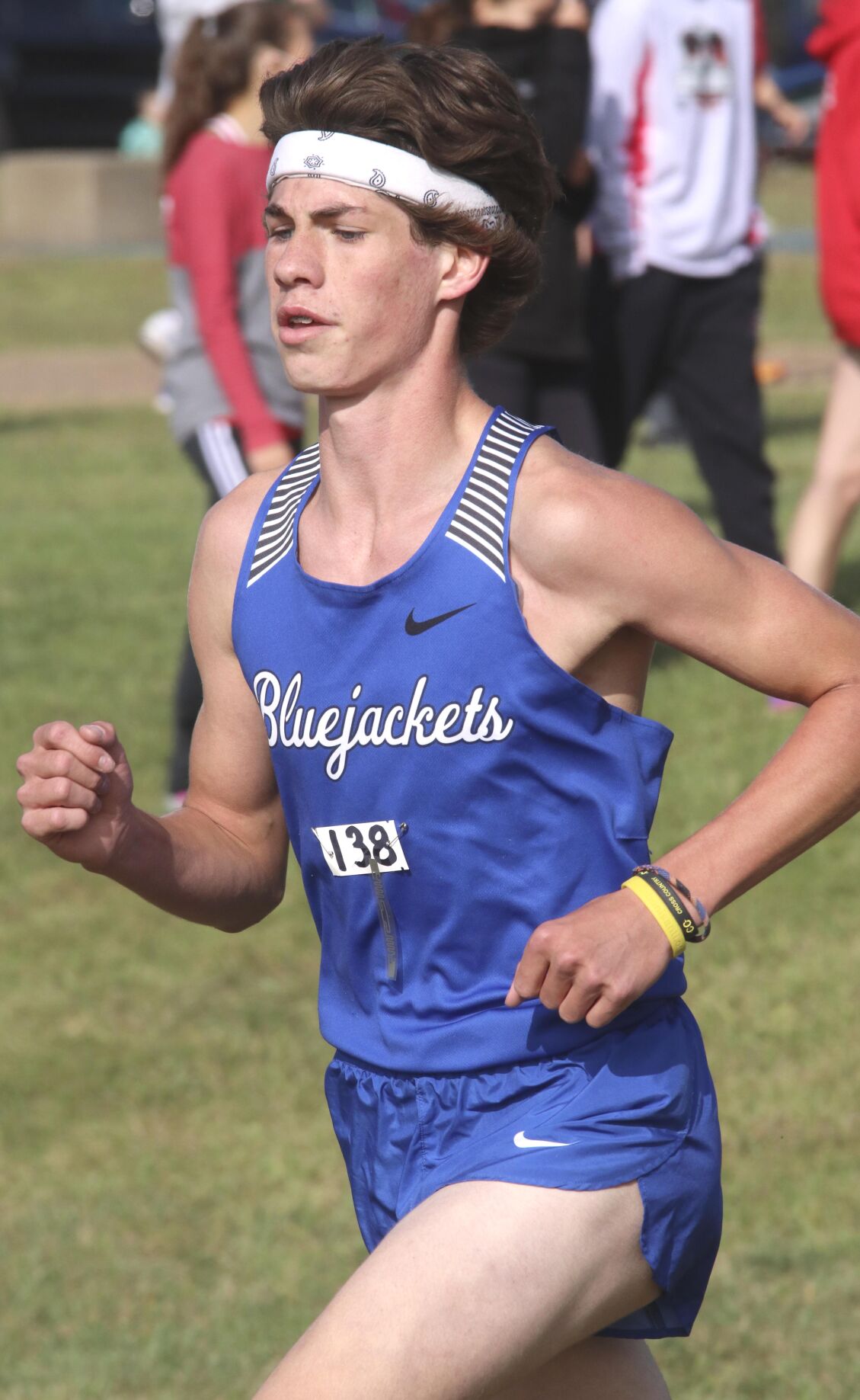 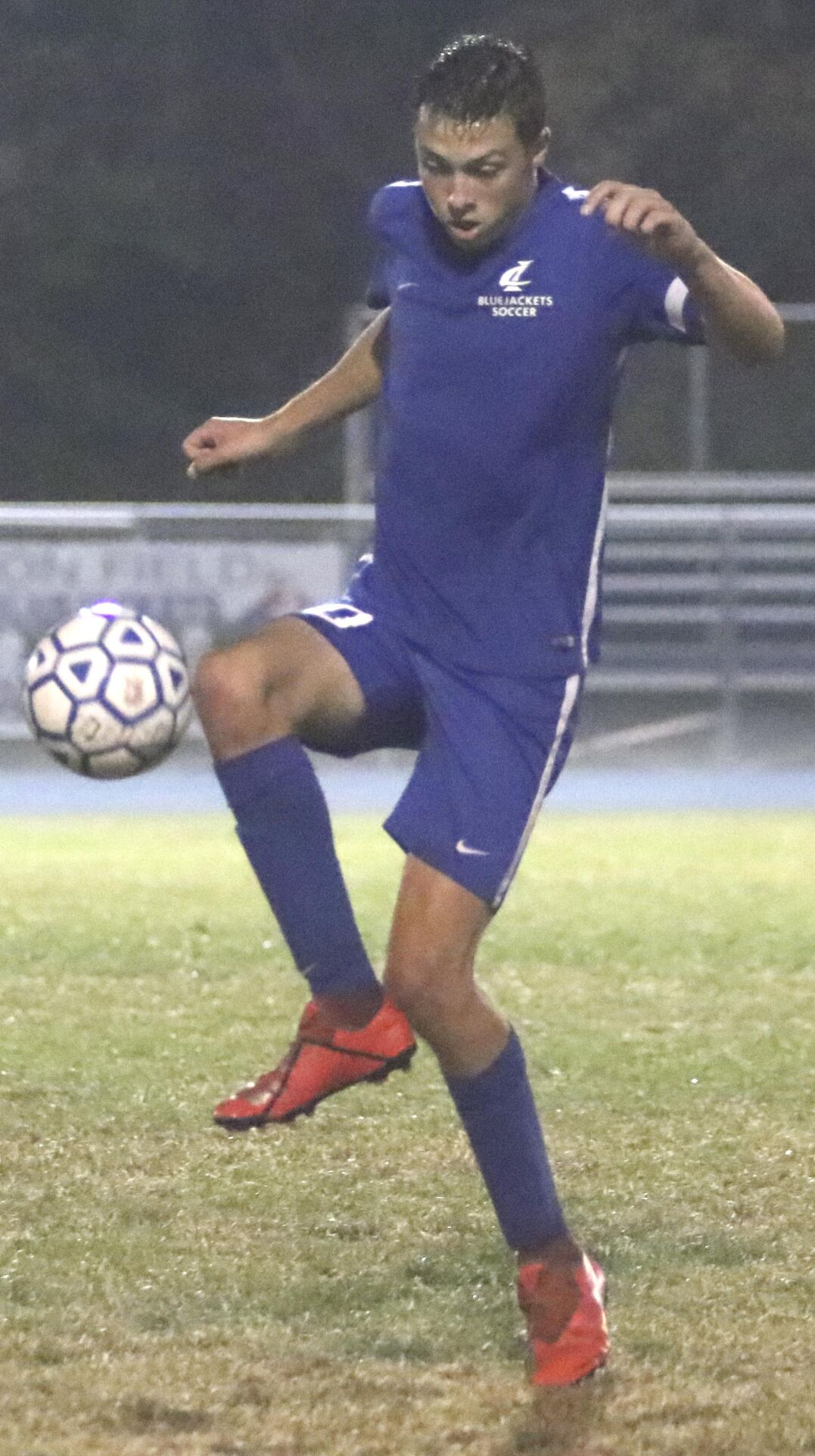 C-I’s Nathaniel Bauer controls a high-bouncing ball during the Jackets’ game against Monticello.

North Branch's Emmie Meyer goes up for a header during the Vikings' game against Big Lake.

The Bluejacket girls cross country team takes off from the starting line during the triangular with Monticello and Princeton held at Isanti Middle School on Thursday, Sept. 17.

C-I’s Nathaniel Bauer controls a high-bouncing ball during the Jackets’ game against Monticello.

North Branch's Emmie Meyer goes up for a header during the Vikings' game against Big Lake.

The Vikings had a tough start to their week, but responded with a big win. The week began with a rare Monday-night contest at Princeton, where North Branch fell 3-0. Three nights later, a huge first half catapulted them to a 4-3 win over Big Lake.

All of the Vikings’ goals in the Big Lake game came in the first half by four different players. The Hornets kept it close by adding two of their own and then a third in the second half, but that’s as close as they could come.

The Bluejackets continue to look for that elusive first win of the season after falling to Monticello 3-1 and St. Francis 4-0. C-I held an early lead in the game against the Magic, but couldn’t contain Monti the rest of the game.

Cambridge-Isanti has gone into a scoring drought as of late. Last week saw the Jackets get shut out twice, losing 1-0 to Monticello and 2-0 to St. Francis.

North Branch had a more successful week, going 1-0-1. The Vikings started with a 2-1 win over Princeton on goals by Lilly Johnson and Emmie Meyer. They fallowed that up with a tight 1-1 tie with Big Lake. After going scoreless most of the game, the Hornets took the lead before a header by Meyer off a corner kick with just seven minutes remaining created the deadlock. North Branch now sits with a 4-2-1 season record.

The Jackets felt the sting of defeat for just the second time this season, with both losses coming against Chisago Lakes. This defeat was much closer than the previous one, with the Wildcats edging C-I 4-3. The Jackets also picked up another win, again topping St. Francis 6-1.

North Branch split their matches last week, picking up a convincing 6-1 win over Big Lake, but then getting shut out by Becker 7-0.

The Jackets hosted a rare second regular season meet last Thursday, facing a deep Monticello squad, along with neighbor Princeton. Despite the tougher competition, Jaxon Jones continued his first place streak, with teammate Owen Jarvela close behind. On the girls side, Cierra Johnshoy had a strong meet, coming in second.

North Branch traveled to Big Lake last week to compete against the Hornets and Becker. For the girls, their “youth movement” got even more momentum as a third middle schooler showed she was ready for varsity competition. Seventh-grader Evelina Gilkerson was the top finisher for the Viking girls in her first varsity race, coming in with a time of 19:28.0. Eighth-grader Derrian Dick was just a second behind her. The third young gun of the squad, Dakota Esget, had to pull out part-way through the course due to illness.

For the Viking boys, Zachary Johnson took three seconds off last week’s time, coming in at 16:19.1.

The Jackets started their week with a meet against a tough Big Lake squad. C-I was only able to capture three first place finishes, with Arianna Melby (100 fly), Anna Heath (100 breast), and the 400 free relay touching the wall first.

Two nights later, C-I again came up a little short, falling to Chisago Lakes 98-88. It was a closer meet overall, but the Jackets still managed just four firsts. Melby was again a winner, this time in the 200 individual medly. Brooke Haight took first in the 50 freestyle. Zoey Pisula added a win in the 500 freestyle, with Caiya Gibbs coming in first in the 100 breaststroke.