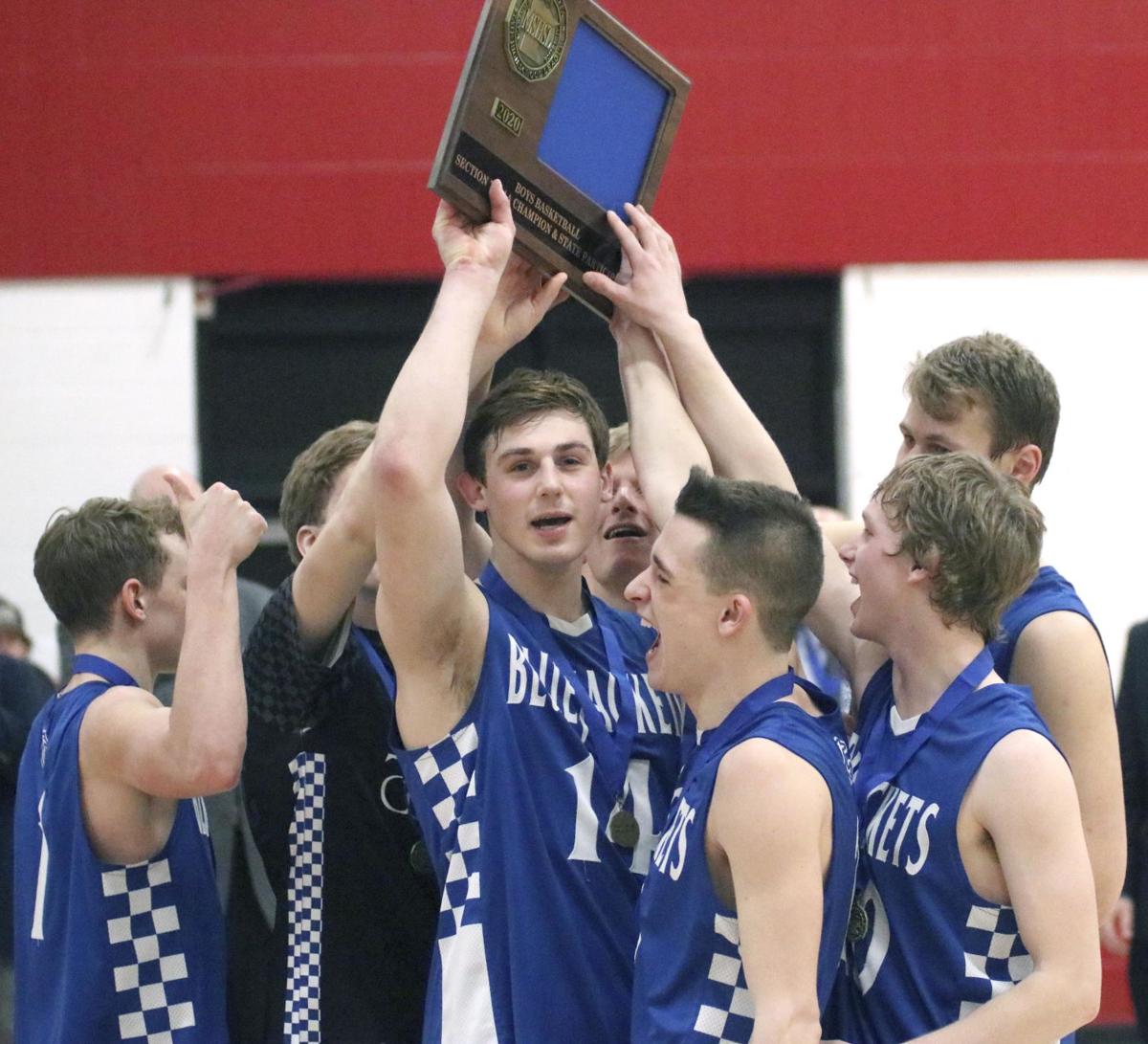 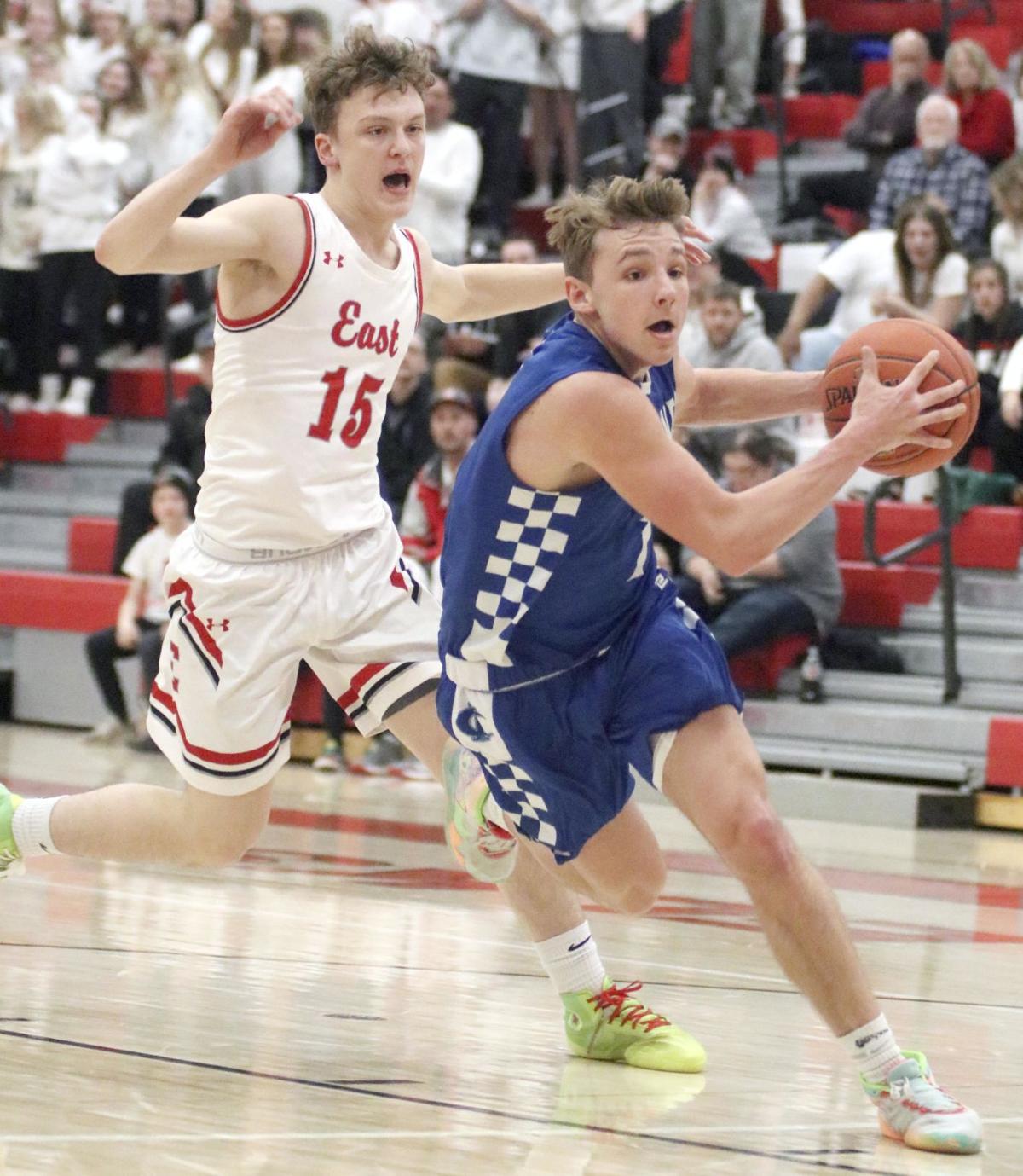 Cambridge-Isanti’s Henry Abraham drives around Duluth East’s Joe Vos on his way to the basket for two of his 44 points in the game.

Cambridge-Isanti’s Henry Abraham drives around Duluth East’s Joe Vos on his way to the basket for two of his 44 points in the game.

Emotions were riding high during the Section 7AAAA championship game in Elk River on Thursday, March 12. Friendly but fierce rivals Cambridge-Isanti and Duluth East fought tooth-and-nail in front of a packed, raucous crowd for the section crown and what both teams hoped to be a trip to Target Center for the state tournament the following Wednesday.

Both teams knew each other very well thanks to two regular season games, along with the fact that the head coaches were father and son in the form of Mike McDonald (the father) and Rhett McDonald (the son).

The Greyhounds were tasked with trying to stop the state’s second-leading scorer on the season in Henry Abraham, and the Jackets knew they had to prevent that from happening. In the end, East couldn’t find an answer to Abraham as the senior put up an incredible performance carving up the Greyhounds for 44 points en route to a 81-73 win, clinching C-I’s second-straight section championship.

The Jackets jumped out to a first half lead thanks in part to forward Connor Braaten’s three three-pointers. Those long-range baskets forced the Greyhounds’ “big man” to defend farther away from the basket and opening up driving lanes for Abraham to exploit with persistent drives to the basket.

But East wouldn’t bow down that easily, repeatedly reeling the Jackets back in after C-I jumped out to a larger lead. At halftime, little was settled as the Jackets held a slim, 42-40 lead.

The second was much more of the same, with Abraham putting the team on his shoulders, coupled with some key baskets from his supporting cast of Hunter Melander and Micah Ladd each reaching double-digits in scoring. And while East would continually draw close and even take a brief one-point lead, Abraham and the Jackets wouldn’t be denied, clinching the game from the charity stripe.

As the final buzzer sounded, the Jackets bounded onto the court, basking in the thrill of an incredible victory. The following day, however, the team suffered a different type of agony of defeat as the Minnesota State High School League announced the cancellation of the boys state basketball tournament due to the coronavirus pandemic.

Despite that disappointment, the Jackets can bask in the knowledge that they made history with a school-record 24-4 overall record and back-to-back section championships. Abraham finished his Bluejacket career with 3.070 points, a record that may never be eclipsed.