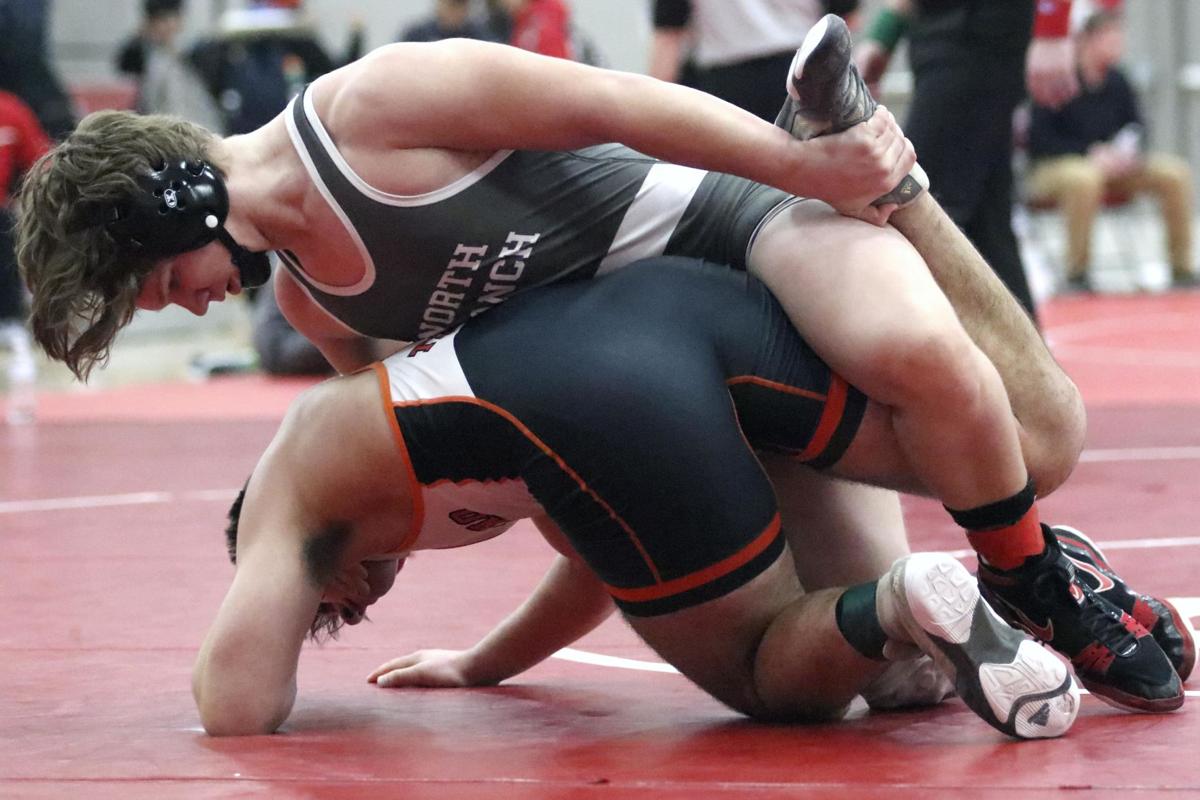 North Branch’s Sam Sonnek grabs the ankle of his opponent in the championship match at 182 pounds during the North Branch Invite on Friday, Jan. 31. 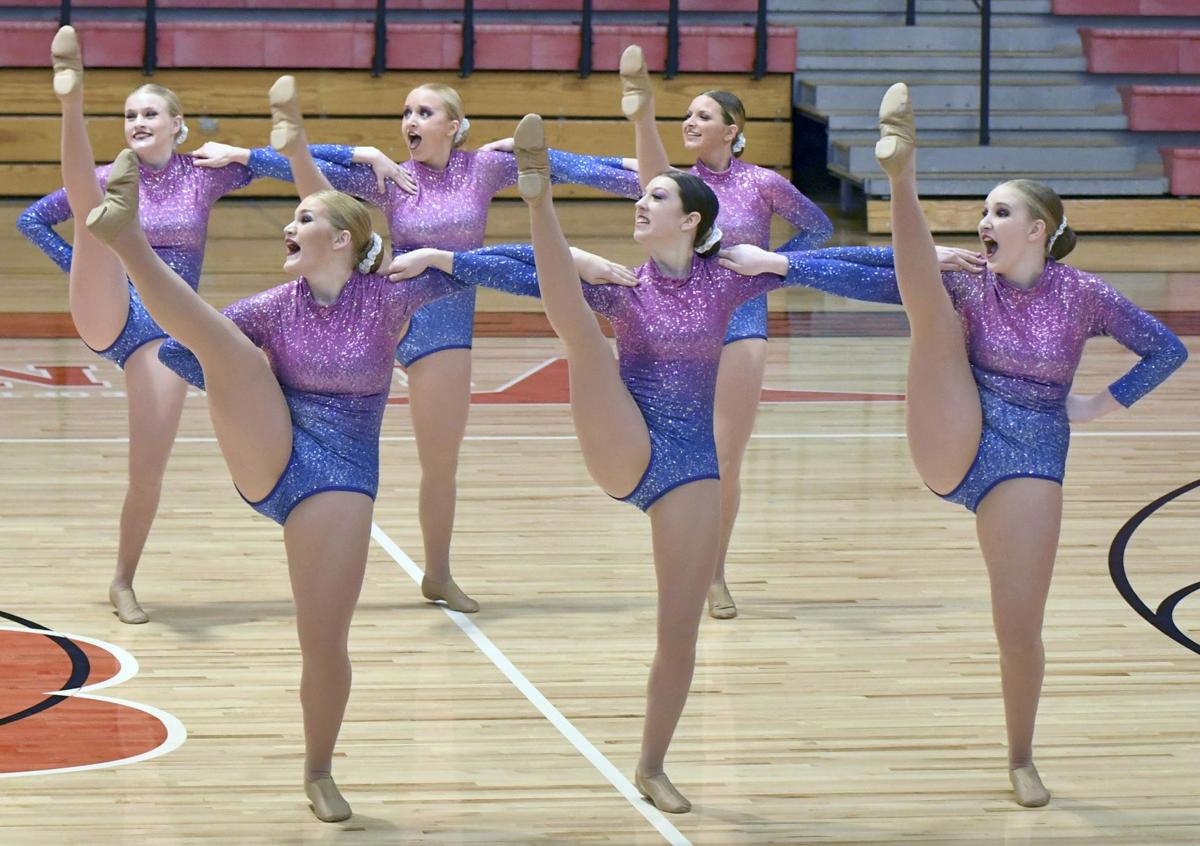 North Branch’s Sam Sonnek grabs the ankle of his opponent in the championship match at 182 pounds during the North Branch Invite on Friday, Jan. 31.

It was just one of those weeks for North Branch sports teams, as the school’s five teams went a collective 1-8 on the week.

The lone Viking victory came from the boys hockey team as they easily defeated Cambridge-Isanti 6-3 in their only game of the week on Friday, Jan. 31.

North Branch jumped out to a 4-0 lead midway through the game, and added two more after that to build up a 6-1 lead after two periods before allowing two Jacket goals in the third. Tucker Sachs and Cody Croal each had two goals in the game. Goalie Luke Opdahl made 33 saves to earn the win.

The Vikings knew they couldn’t contend with the perennially powerful Cambridge-Isanti tumblers, so the 140.4-133.0 loss wasn’t too disappointing. On the contrary, the Vikings were satisfied with some of their performances. Specifically, after struggling throughout the season, junior Paige Bauer started showing signs of returning to form. Bauer tied for first place on the vault with a 9.45 pike tsuk. She also tied for second in the all-around with a score of 34.9.

While the Viking grapplers did lose their only team match of the week with a 42-25 defeat at the hands of Big Lake, the team did fare decently in a pair of individual tournaments.

On Friday, Jan. 31, the team hosted a make-up tournament to replace their typical one that got canceled due to the last snowstorm that knocked out two days worth of sports. In the replacement tournament, the Vikings earned a single championship at 132 pounds by Josh Logan.

The next day, at the St. Croix Lutheran Tournament – which was also rescheduled due to the same snowstorm – Logan repeated his first-place performance, with Bombard doing the same at second place. LaBelle topped his previous night’s results, taking first. Rounding out the top three placers was Austin Sonnek, who took third at 152 pounds.

As a team, the Vikings placed sixth out of 11 teams with 110 points.

It was a toss-up as to which of the two cager teams had a rougher week, with both teams going 0-3 against the same opponents.

Meanwhile, the girls team fell to Monticello 61-38, Big Lake 59-42 and Hermantown 71-40. But what tips the sympathy factor in the favor of the girls team is they also wound up having to face the #2-ranked Becker Bulldogs in a rescheduled game on Monday, Feb. 3, losing to the Bulldogs 83-28.