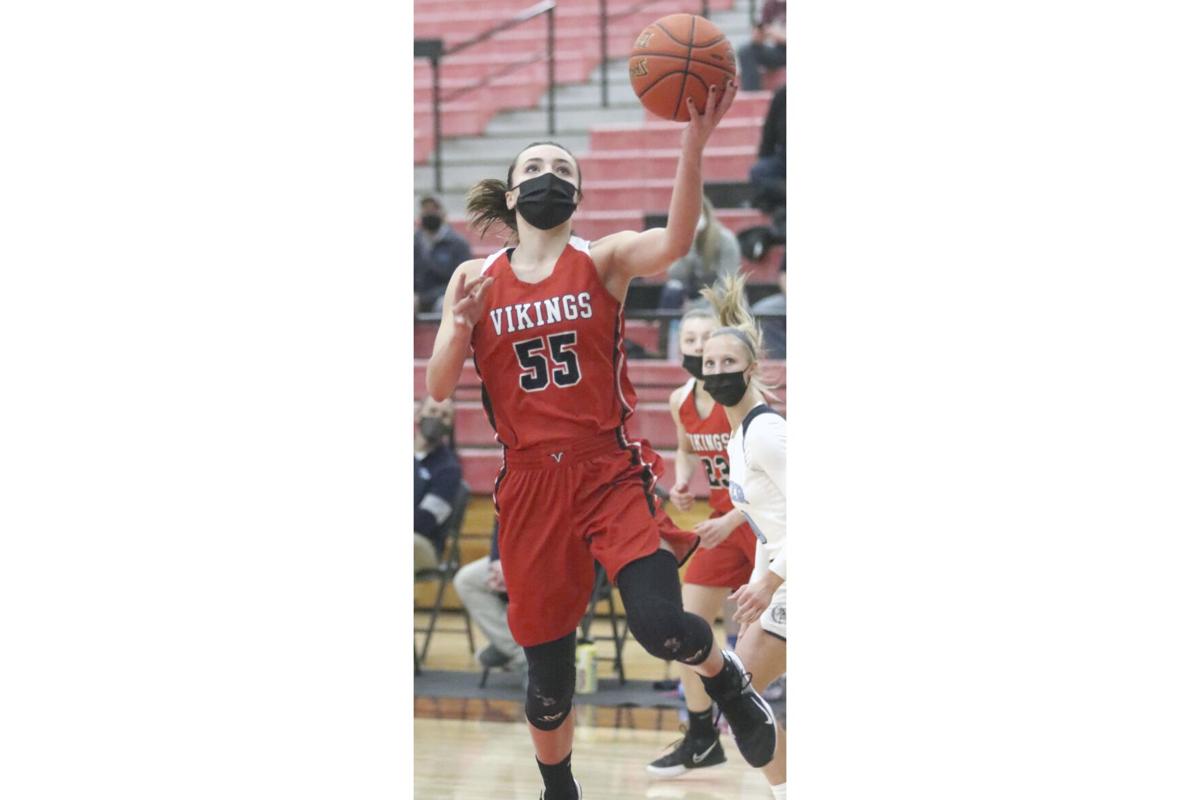 After making a sweet move to elude a Becker defender, North Branch’s Kate Carlson drove unabated to the basket for an easy layup for her 1,000th career point. 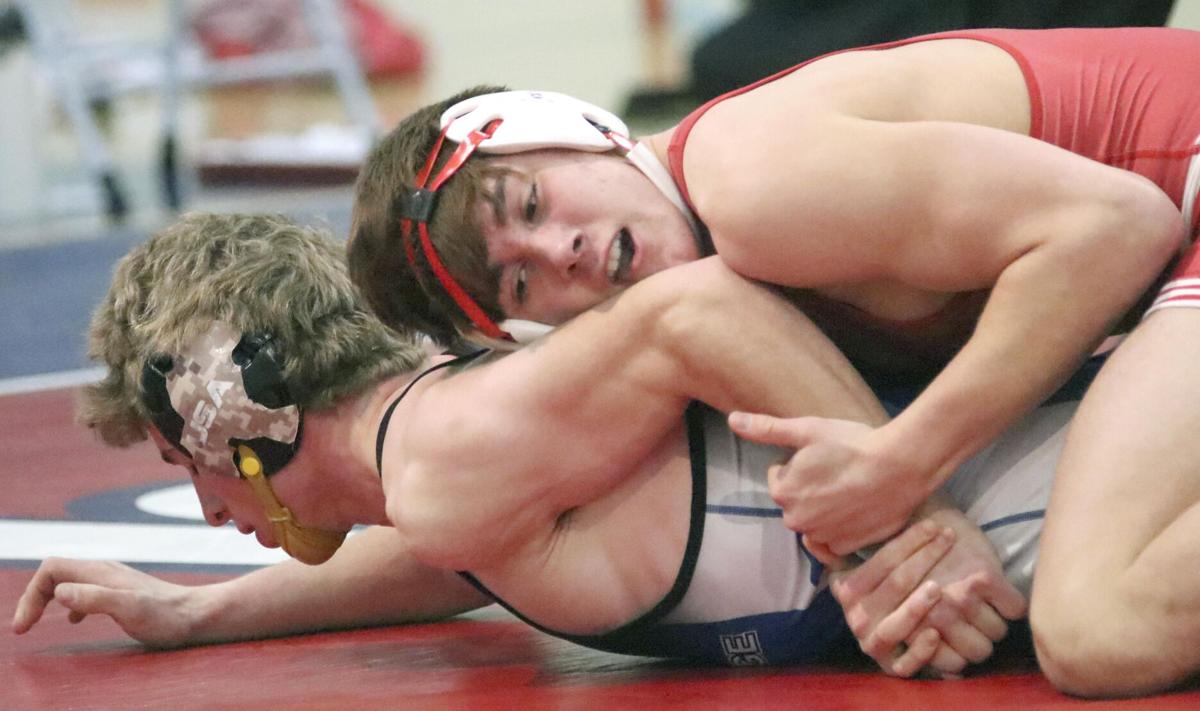 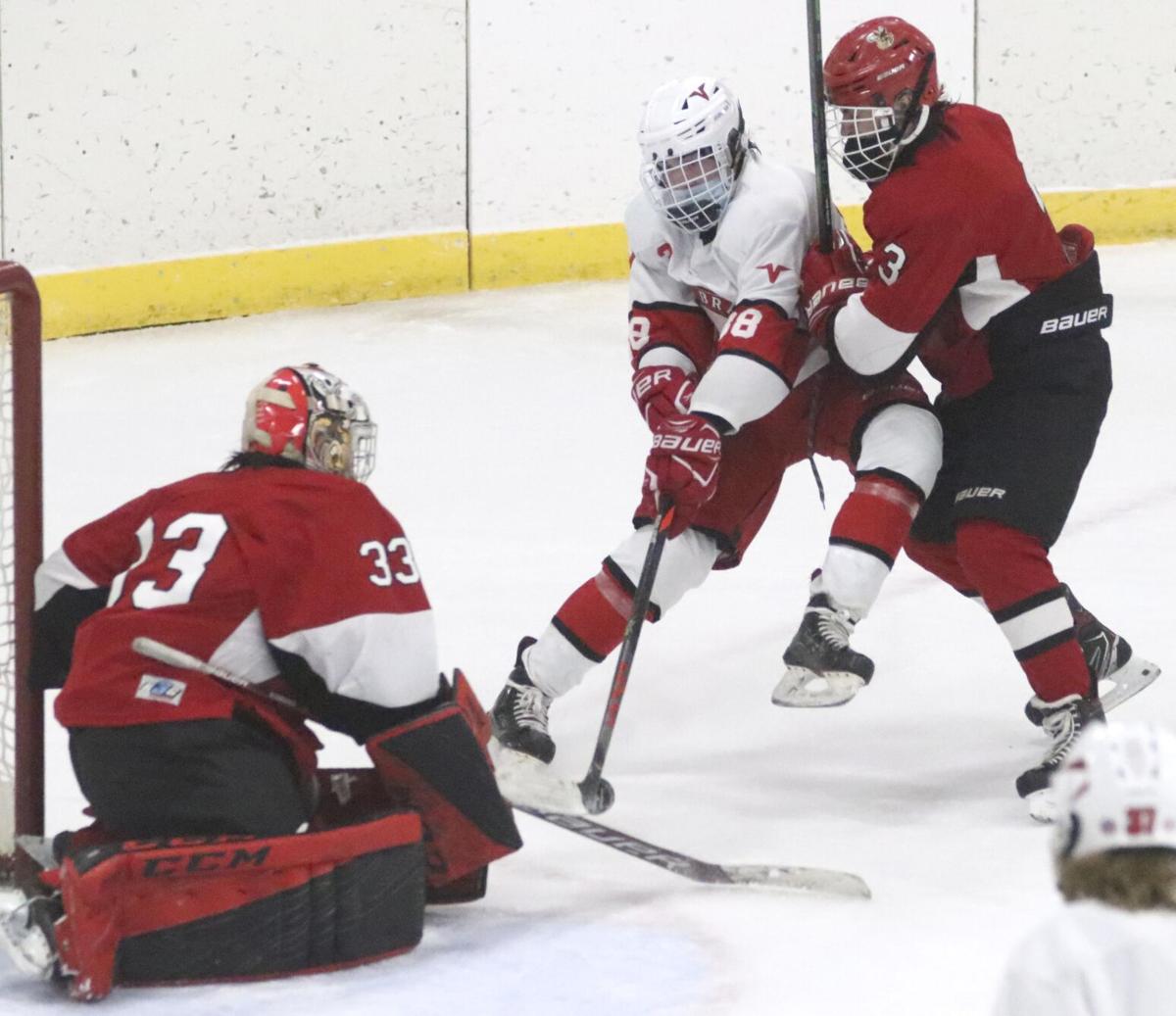 North Branch’s Tucker Sachs meets resistance from a Monticello defender and the Magic’s goalie as Sachs tries to drive for the net during overtime of the Vikings’ 4-3 loss to the Moose.

After making a sweet move to elude a Becker defender, North Branch’s Kate Carlson drove unabated to the basket for an easy layup for her 1,000th career point.

North Branch’s Tucker Sachs meets resistance from a Monticello defender and the Magic’s goalie as Sachs tries to drive for the net during overtime of the Vikings’ 4-3 loss to the Moose.

The Vikings’ week featured a pair of key games against the two teams that were in last season’s section championship game. And after all was said and done, North Branch came away with a 1-1 record after defeating Pine City 4-1 and losing to Monticello 4-3 in overtime.

Against the Dragons, North Branch scored twice in the second period and twice in the third to secure the win. Joey Kerchner netted half of the team’s goals, with Tucker Sachs and Lawton Garin scoring the other two.

It was a shame a full-sized crowd wasn’t able to witness the Monticello game in person, as both teams put on a show that would have been that much bigger in front of a packed house.

After the Vikings took a 1-0 lead into the first period locker room on a Kerchner goal, Monticello responded with two goals in the second period, plus a third in the third to hold a seemingly safe 3-1 lead with less than five minutes remaining. After pulling their goalie early, Loghan Croal scored to bring the home team a little closer. That was followed by Jordan Axberg’s goal with just 32 seconds remaining to tie the game up and send it to overtime.

In that extra period, both teams had plenty of chances to end the game, but neither team could cash in until Monticello netted the game-winner with just six seconds left. Both goalies were kept busy in the game as North Branch outshot the Moose 47-46.

It was an extra-tough week for the Vikings as a rare Monday game meant the team would play three games in seven days, going 0-3 in the process.

The week started with a 67-32 loss to Princeton. Kate Carlson had 18 points and 11 rebounds in the loss. Next up was St. Francis, where the Vikings had a better showing, but still wound up falling short 56-50. Ella Kuhlman had 19 points to lead the Vikings, with Carlson adding another 12.

The lowlight of the week was North Branch’s game against an extremely tough Becker team, who cruised to a 91-26 win over the host Vikings. There was one highlight in the game, however, as Carlson picked up her 1,000th career point on a sweet move to give her an easy layup for the milestone point.

The North Branch boys team featured the same three-game schedule as the girls, with the boys salvaging a 1-2 record for the week.

It started with yet another close loss for the team, this time being 93-87 versus Princeton. The Vikings actually had very balanced scoring in the game, with five players reaching double digits. Trevor Johnson hit for 30 points to lead the team. Logan Murphy added 19, Adam Rehm scored 16, Andrew Thauwald had 12, and Carson Klein rounded out the scoring with 10.

The next game was more lopsided, as St. Francis jumped out to a 46-32 halftime lead and cruised to an 82-62 win. Rehm scored 28 points on the night, with Johnson adding 13.

North Branch finally found itself on the positive side of a close game, with the Vikings beating Becker 81-79 in overtime to close out the week. While only scoring four points, Nate Halseth was the hero of the game as his tip-in of an inbounds pass with just seconds remaining in overtime gave the Vikings the win.

Rehm was the leading scorer with 24 points, with Johnson adding 15 and Klein adding 14.

There were two milestones for the Vikings last week amid another rough stretch where North Branch went 0-4. During the home match against Anoka, both Ashton LaBelle and Brandt Bombard earned their 100th career victories.