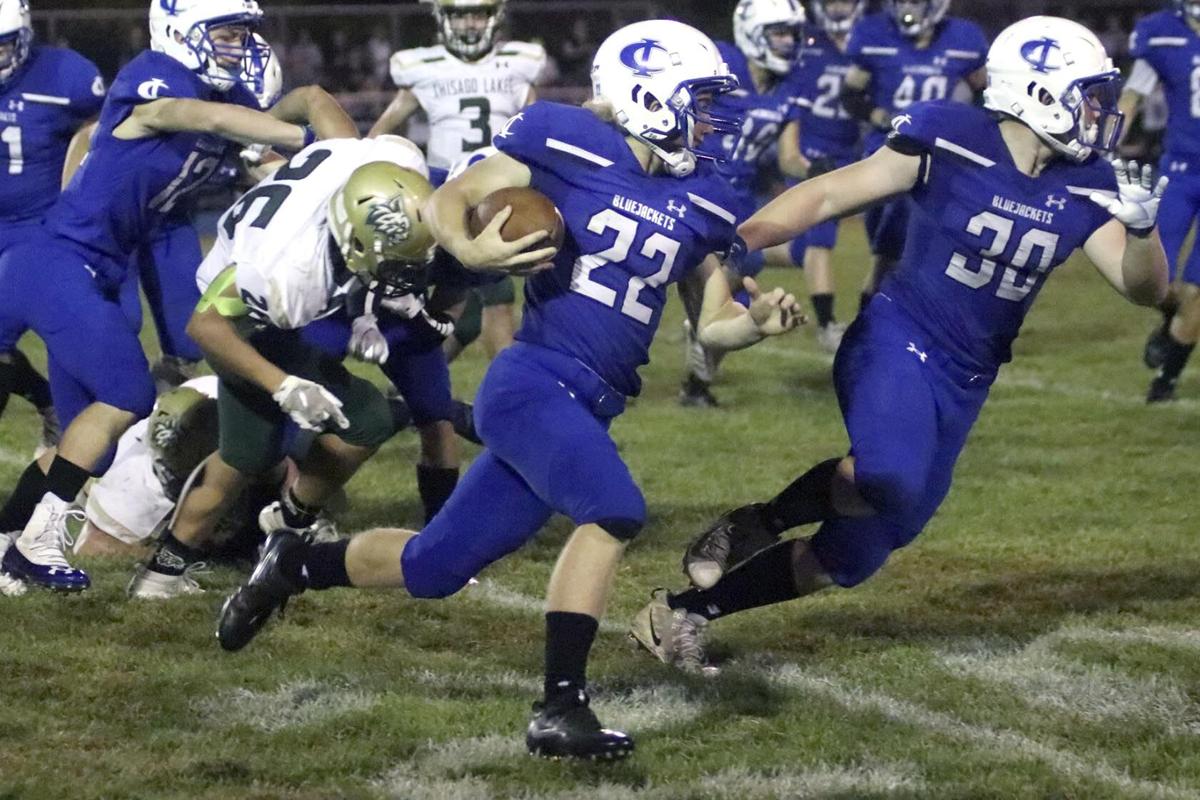 The Cambridge-Isanti Bluejacket and North Branch Viking football teams, along with every other high school teams across the state of Minnesota will have to wait over a half-year before taking to the gridiron again following a decision by the Minnesota State High School League Board of Directors to move both football and volleyball seasons to mid-March due to the two sports being at higher risk of spreading COVID-19. 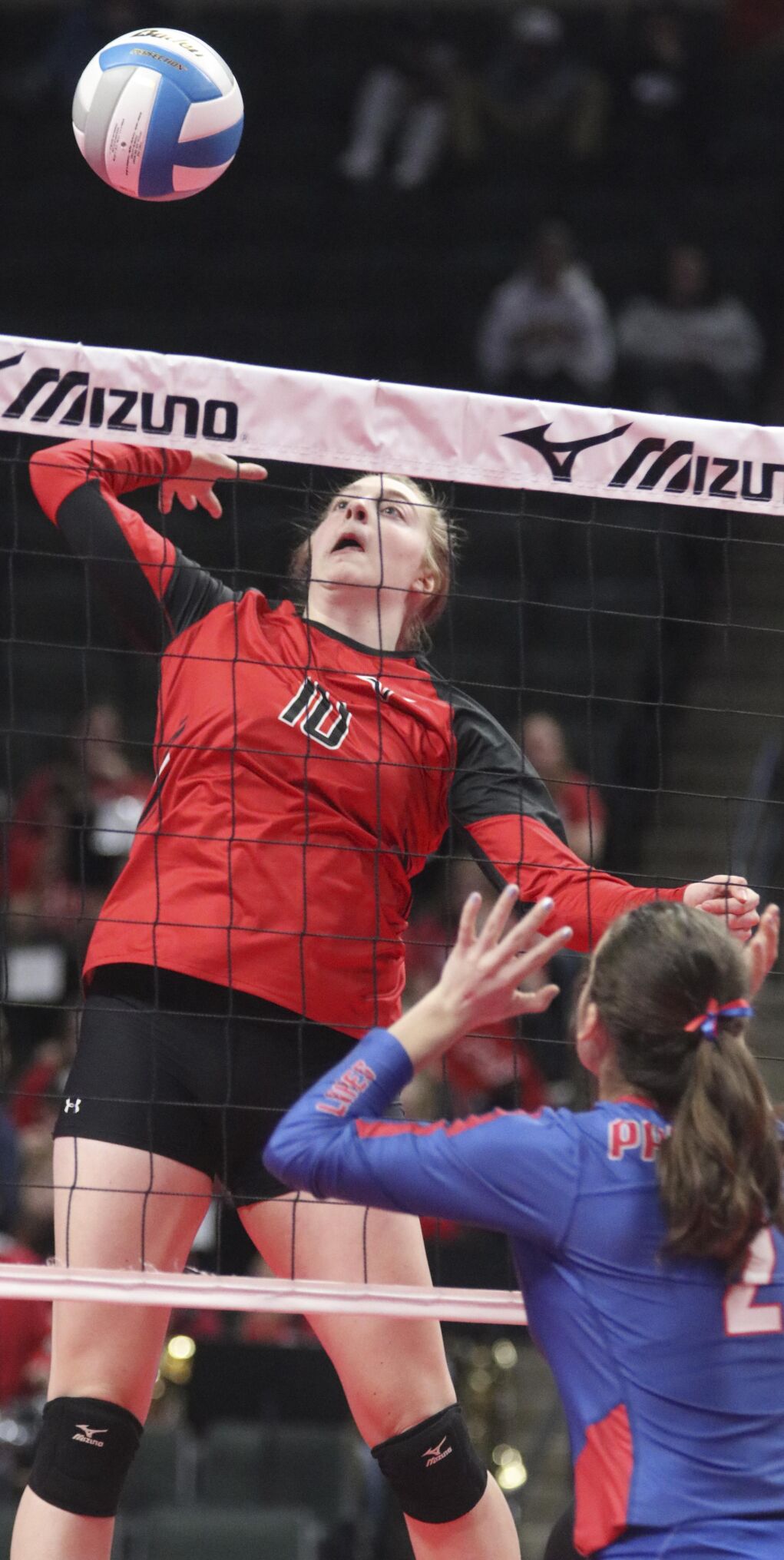 North Branch volleyball’s quest for a fourth-straight section championship and state tournament berth will have to wait until mid-March through mid-May, however it is still yet to be determined the fate of any sports’ postseason play.

The Cambridge-Isanti Bluejacket and North Branch Viking football teams, along with every other high school teams across the state of Minnesota will have to wait over a half-year before taking to the gridiron again following a decision by the Minnesota State High School League Board of Directors to move both football and volleyball seasons to mid-March due to the two sports being at higher risk of spreading COVID-19.

North Branch volleyball’s quest for a fourth-straight section championship and state tournament berth will have to wait until mid-March through mid-May, however it is still yet to be determined the fate of any sports’ postseason play.

For fans of high school sports, the news coming from Tuesday’s Minnesota State High School League Board of Director’s meeting was mixed as the MSHSL voted to allow boys and girls soccer, boys and girls cross country, girls tennis, and girls swimming and diving to be competed as scheduled this fall. At the same time, however, the board voted to move football and volleyball seasons to the spring. All of these moves were prompted out of concern over the potential spread of COVID-19 among students and spectators.

The board also approved modifying all of the schedules for the fall sports, including limiting the number of teams competing in an event, the total number of events scheduled, plus the number of competitions per week. For cross country, there will be a maximum of three teams allowed to compete at the same time. For tennis and swimming/diving, competitions will be limited to only two teams competing.

All of the fall sports will see a reduction in the number of weeks competing by 20%. They will also see a 30% reduction in the number of competitions to be held. Currently, each sport (minus cross country) was allowed a maximum of 16 regular season games, which will be reduced down to 11. Cross Country’s race limit was already set at 10, which will now be reduced down to seven. Finally, teams will be limited to just one or two competitions per week.

Much more debate was held for volleyball and football before ultimately deciding to move them to a spring season, which will begin sometime in mid-March (after the conclusion of the traditional winter sports season) and run until mid-May. Citing the greater risk of spreading COVID-19, the board opted to give the two most popular fall sports time in hopes the pandemic will be diminished by then.

Volleyball is considered a higher-risk sport due to it being conducted indoors. Football’s extreme and continuous contact between players makes it a high-risk sport for spreading the virus.

Even with the delay, both sports are also subject to the same reduction in competitions, with volleyball dropping  to 12 matches and football being reduced to six games.

One of the biggest obstacles facing the moving of those two sports was it would create a scheduling conflict with multi-sport athletes who also play in a spring sport. The board voted to reduce that conflict by creating what some call a “four season” calendar. While the beginning and ending dates for fall and winter sports will remain unchanged, traditional spring sports will be moved to begin in mid-May and run through early July.

Reaction to the decision was swift, with a mixture of disappointment while looking on the bright side.

“I give credit to the MSHSL Board of Directors in the fact that they have worked very hard making decisions to make sure all students are able to participate in fall, winter and spring sports and activities,” said Cambridge-Isanti Activities Director Mark Solberg. “(But) paramount is the concern for the social, emotional, mental and physical health for all concerned.”

“I’m relieved our students will have the opportunity to participate in all of the MSHSL sponsored activities we offer, even if it’s going to look different than in years past,” said new North Branch Activities Director Andrea Schmidt. “There may be challenges we’ll have to overcome as a school community in regard to the shift in football, volleyball and traditional spring activities, but we’re going to support each other through this.”

“I’m thankful that our student athletes will have the opportunity to experience football this school year,” said Viking head football coach Justin Voss. “Our kids are resilient and they’ll make the most of the opportunity we have.”

“It’s not the word we were hoping for today,” said Bluejacket football coach Shane Weibel via Twitter. “However we get to play!”

“It kinda caught me off guard,” said Bluejacket head volleyball coach Colin Dickey, “but in my opinion I just want our girls to be able to play. We have five seniors who I want them to have the opportunity to finish their high school careers. If it meant wearing masks to play, I was preparing them to do that.”

“I’m just happy we are going to have a season, and we won’t be overlapping seasons with spring sports, which would force kids to choose,” said North Branch head volleyball coach Mike Selbitschka. “We are dealing with entities where we don’t have a lot of say, but if these kids get to play, it’s the best thing for everyone.”

Although volleyball won’t be competing with other high school sports, running the season in March puts the sport right in the middle of the Junior Olympic and other club seasons, which many players and coaches participate in over the winter and into the spring. According to Selbitschka, there are still a lot of unanswered questions about that.

“With JO and AAU being national organizations, they are going to have to deal with all these states doing different things with their seasons,” he said. “So it’s completely up in the air right now.”

What is still unknown, however, is how postseason competition will be held for each of the sports. While soccer could potentially maintain their normal bracketed tournaments, section and state competition for tennis, cross country, and swimming and diving are held with all teams/individuals competing at the same time or location. The board, however, chose to leave those decisions for each sports’ governing bodies to figure out, along with other potentially unique rules such as banning team huddles, high-fives, or other traditional actions.