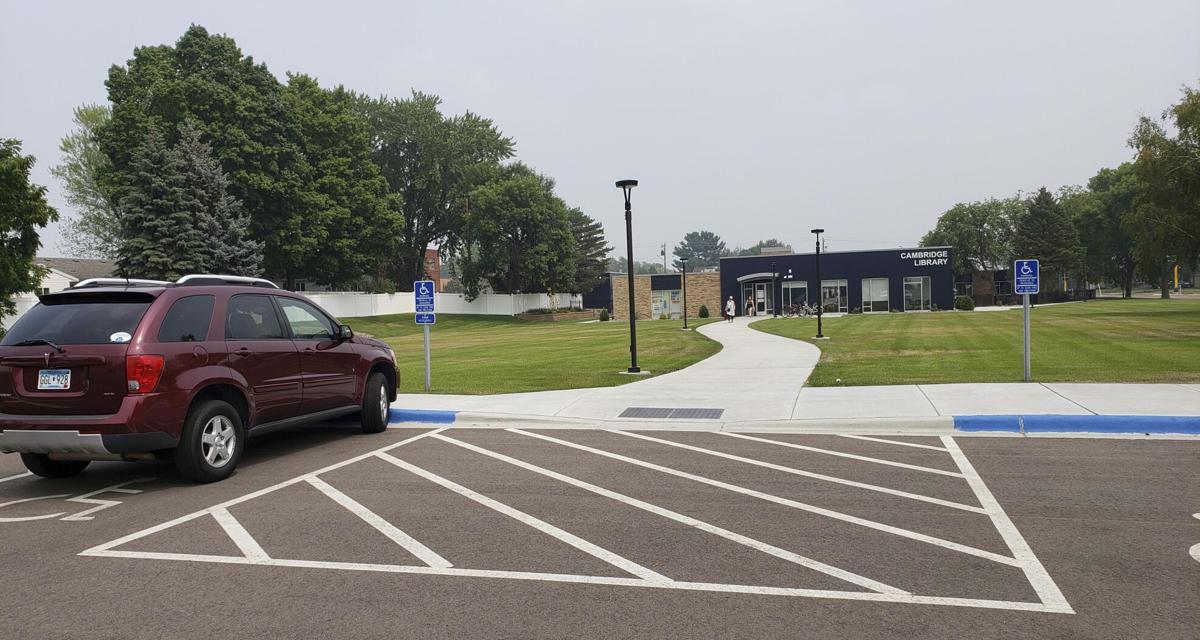 The Cambridge City Council is looking for a solution for the complaints that the handicapped parking in the west lot of the library is too far away from the building. 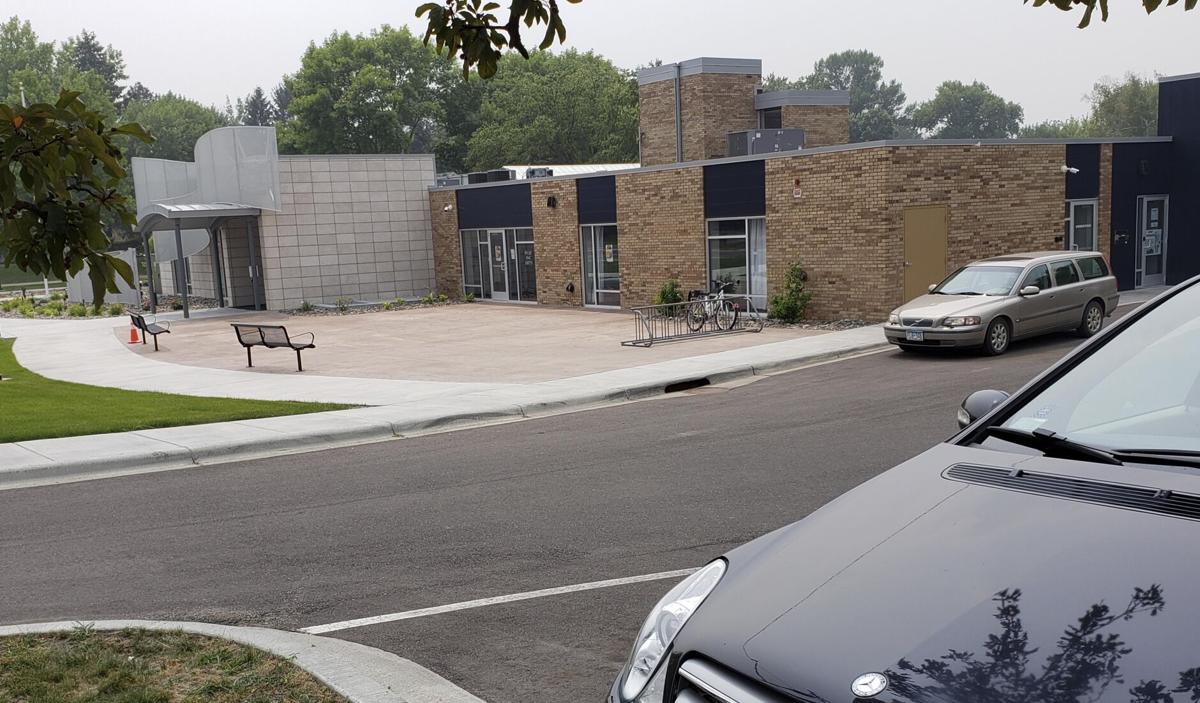 While the east lot is closer, significant changes would be needed to make it ADA compliant.

The Cambridge City Council is looking for a solution for the complaints that the handicapped parking in the west lot of the library is too far away from the building.

While the east lot is closer, significant changes would be needed to make it ADA compliant.

Following a pair of letters to the editor in the Isanti-Chisago County Star, the Cambridge City Council is looking at possible solutions for the complaints raised in those letters claiming the new Cambridge Library’s handicapped parking is an inconvenience for people with mobility issues.

Currently, all of the handicapped parking spots for the library are located in the west parking lot, off of Fern Street. According to City Administrator Evan Vogel, an inspection of the parking lot revealed those spots were in complete compliance to Americans with Disabilities Act (ADA) requirements. However, Vogel said the distance between those parking spots and the building is approximately 200 feet. In addition, since the west entrance is the secondary entrance, if someone is using the building after the library itself is closed, such as to attend a meeting in the conference room, which is rented out to the general public, anyone parking in the west lot would have to travel an additional 300 feet around the building to enter through the main doors on the east side.

Solution not as easy as it may appear

In an email sent to the council, plus the Star in response to the most recent letter to the editor, East Central Regional Library Board Friends of the Cambridge Public Library President Karen Lee made the recommendation to move the handicapped parking spots to the middle row of the east lot, which would only require the city to create a ramped curb leading to the main entrance.

According to Vogel, however, that suggestion would actually make the library non-compliant with ADA regulations due to the east parking lot having a slope greater than two degrees, which is the maximum allowed by the ADA.

“There would be extreme liability to the city if we did paint those spaces, given they are not ADA compliant,” Vogel told the council during their July 19 meeting.

Given that, Vogel presented the council with four possible options that could be taken instead, in order of least to most expensive:

1. Take no action, given the library is currently ADA compliant.

2. The city could “reserve” a certain number of spaces in the east lot as something similar to “stork” parking. This would only require signage to be posted stating something to the effect of “courtesy parking for those who need to be closer to the building.” The problem with this option, according to Vogel, is that there is no way to officially enforce that designation, “so it would have to be on the honor system.”

3. A single handicapped space could be placed in the east lot by removing two spaces and creating the single ADA spot by repainting the lines. The city would also then have to cut the ramp into the sidewalk.

Council divided on their preferences

During discussion, the council found itself divided on which of the options they preferred. Council Member Bob Shogren favored doing nothing since they were ADA compliant already.

“We are ADA compliant, so why would we put money on something that we don’t have to?” he asked. “I understand the concerns of the people that brought this forward, but how many people complained about this? You can’t enforce (option 2), so why spend money on it?” He also said he was concerned cutting out some of the sidewalk, which makes up plaza space outside of the area currently being leased by Play Inc Arts might violate that lease agreement since whoever rents that space can set up tables outside.

Council member Lisa Iverson was on the opposite end of the spectrum, wanting to go with option 4.

“It doesn’t make a whole lot of sense to me to put a band-aid on the situation when we have a whole group of people that won’t be able to use it,” she said.

“We do have a group of people that are having a tough time to travel to get into the library,” Barfknecht-Conley said. “I know we are ADA compliant, but I also feel that we don’t want to have people turned away and not use our library because of the fact they have too far to travel.”

Since this was only a work session item on the agenda, no formal action could be taken at this time. However, based on the majority of the council leaning towards option 2 and possibly also option 3, staff would research into the exact logistics and costs involved and present council with a formal resolution to vote on “as soon as we are able.”

In other action, the council:

Approved the annexing of 33703 Hastings St. NE into the city, which was requested by the owners of the property.

Approved the city’s five-year street reconstruction and overlay plan. According to Finance Director Carolyne Moe, state statute requires cities to come up with such a plan, however it couldn’t extend beyond five years, so at this time, anything beyond 2026 is “preliminary.”

Approved SEH’s proposal for engineering services and Russell Mann’s proposal for general contractor services associated with the expansion of Sandquist Park, which will include the addition of another softball field, multi-purpose field, one or two baseball fields, plus a parking lot and additional lighting. Money for these improvements will come from the city’s local option sales tax fund.

Approved a proposal from Maguire Iron for the demolition of the Rum River Drive Water Tower, with costs not to exceed $24,200. That water tower has become unneeded following the completion of the new, larger water tower on the west end of town. According to the proposal, the water tower will be tipped over sometime after Oct. 1.

Approved Cambridge Police Officer Scott Horsman’s request to rescind his resignation and to instead change his employment status from full time to part time.