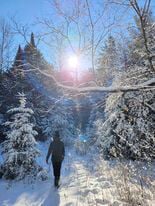 Amber Bolz heads out to cut down the family Christmas tree, a task her late brother Nicholas loved doing every year. 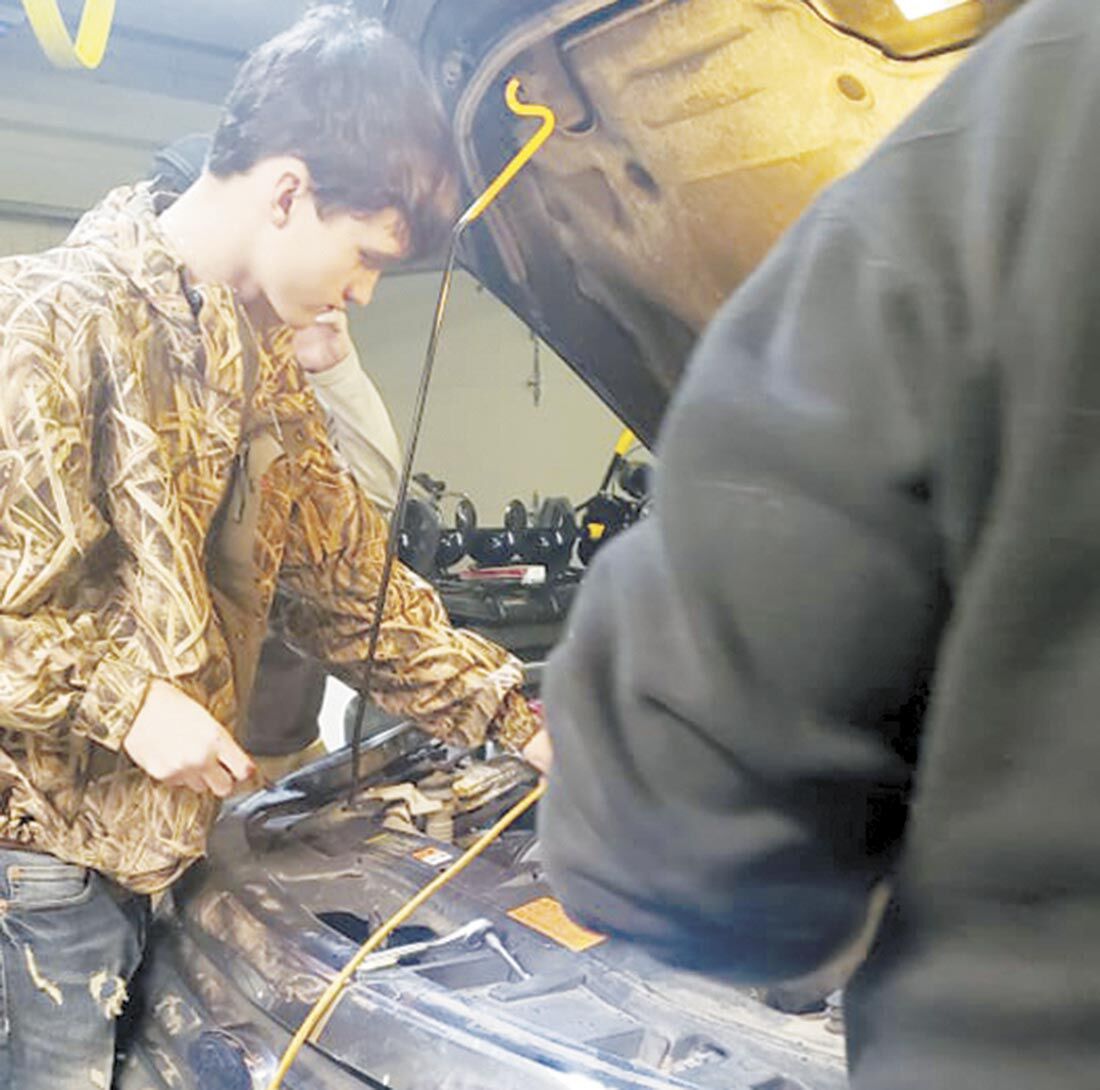 Nicholas Enger loved working on cars, and his love of all vehicles led him to Minneapolis on June 4, 2021, to watch street races.

Amber Bolz heads out to cut down the family Christmas tree, a task her late brother Nicholas loved doing every year.

Nicholas Enger loved working on cars, and his love of all vehicles led him to Minneapolis on June 4, 2021, to watch street races.

On the evening of Friday, June 4, as Nicholas Enger left home to spend time with friends, his mom Amanda Bolz told him she loved him, and she would see him in the morning.

That was the last time they spoke.

A few hours later, her and her husband’s peaceful dreams were interrupted by every parent’s worst nightmare: a police officer was knocking on the front door, there to tell them that Nicholas was dead.

“That’s when my world was shattered,” Amanda said.

Nicholas and his friends — unbeknownst to Amanda and her husband Dan — traveled to Minneapolis that night to watch street races. According to various media reports, at approximately 1:45 a.m. on June 5, an altercation broke out between two people participating in the races, who began shooting at one another. Nicholas was hit by a stray bullet. Although CPR was attempted at the scene until paramedics arrived, Nicholas died later that morning at Hennepin County Medical Center. He was 17.

Spending time around cars — any vehicle, actually — was not out of character for Nicholas. On the day he died, he had been working on a car he had recently purchased, and he wanted to know if Dan would be available to help him work on it with him on Saturday morning.

“I did not know that he would be down in Minneapolis that night. But I did know he had gone to see cars in the past with friends, and he knew how much I didn’t like it, which is probably why he didn’t tell me,” Amanda said. “I have learned from many parents since this incident that many teens from Cambridge and surrounding towns were drawn to watch the cars and would go down there to watch.

“I warned him and asked him to stay out of Minneapolis, but teenagers think nothing bad can happen to them,” Amanda continued. “I sure never imagined something like this would happen either.”

Last week, at almost exactly the six-month anniversary of her son’s untimely death, she met with the Minneapolis investigator in charge of Nicholas’ homicide. He reviewed with her the progress on the case, knowing full well that, with more than 90 homicides in the city in 2021, the MPD’s plate is rather full.

“This is the first time we have met in person. As everyone can see on the news, Minneapolis has been keeping (the police) very busy,” Amanda said. “We appreciate all the police and other departments are doing to help bring our son justice. (The detective) has kept in contact with us over the last six months.”

According to Minneapolis Police Sgt. Louie Porras, who is handling the investigation, one of the greatest challenges his team faces is examining all of the video available from the night of the event.

“This case can be solvable with the help of many factors,” Porras said. “We have video of the entire event, but there were so many people at the race that it’s going to take time to go through it all.”

He added that as daunting as this situation is, just like Nicholas’ family, he is not giving up hope.

“We don’t give up on these cases,” he said. “And there is no statute of limitations on homocide. There are some obstacles, but we can solve this.”

In order to assist with the investigation, a benefit is being held from 3 to 11 p.m. on March 4, 2022, to raise money for a reward leading to the arrest and conviction of those responsible for Nicholas’ death. The event will be at the Pinewood Event Center in Cambridge.

Regardless of an arrest, these last six months have been especially hard on Nicholas’ step-brother Anthony — two months apart in age with Nicholas — who misses the adventures he had with the boy he considered a full brother. His sister Amber Bolz wants everyone to remember what a good person her brother was.

“No one should feel how we have since the day my life forever changed,” Amber said. “I miss Nicholas so much — more and more everyday. He was an outgoing and funny kid who wanted to explore the world.”

Now, during this week of Christmas, the whole family is doing what it can to get through the holiday season.

“I bought the kids a new ornament each year so there are many with memories of Christmas,” Amanda added. “I haven’t been able to bring myself to decorate the tree.”

Despite the heartbreak of losing Nicholas, the family is working toward making new traditions. They are participating in the Adopt-a-Highway program in Nicholas’ name, and they hope to start a scholarship in his honor at Cambridge-Isanti High School for students who shared his interests in working on vehicles, hunting, and fishing for catfish and sturgeon.

“This will help us carry on his legacy,” Amanda said.

She added that she feels nothing but grateful for the “two grandmas in the area that he helped around the house,” for Nicholas’ cousins who were more like his friends, and his actual friends who have frequently kept vigil at Nicholas’ grave, leaving flowers, notes and memorabilia.

“In the beginning I was worried for all of them, for going through this at a young age is not easy,” Amanda said. “But they have been a huge support for us that I’ll never be able to repay. ... They are a great group of kids. They are a part of our family now.”

Even those thoughts — thoughts of close-knit friends and family — can cancel out the troubling memories of the tragedy that befell her family on a hot summer night, when temperatures were high both literally and figuratively.

“I worry every time my children walk out the door. I worry they will get in an accident on icy roads or hit a deer,” Amanda said “As a mother I worry about every possible situation, but I never thought he would ever be a victim of a homicide.

“He grew up in a small town where everyone knows everyone,” she added. “Things like this do not happen around here. He was not looking for trouble or involved with anything illegal.”

And yet, Amanda can’t help but keep one positive thought about her late son.

“We know Nicholas is in Heaven and wants us to live our lives, so we are going to continue doing that, the best we can at this time,” Amanda said.

She also wants to share an essential Christmas message and offer a special request on behalf of her lost child.

“Life is truly short. Never think it can’t happen to you,” she continued. “And give your kids an extra hug, for Nicholas. Live your life like Nicholas did, to the fullest, for no one knows when God is going to call us home.”