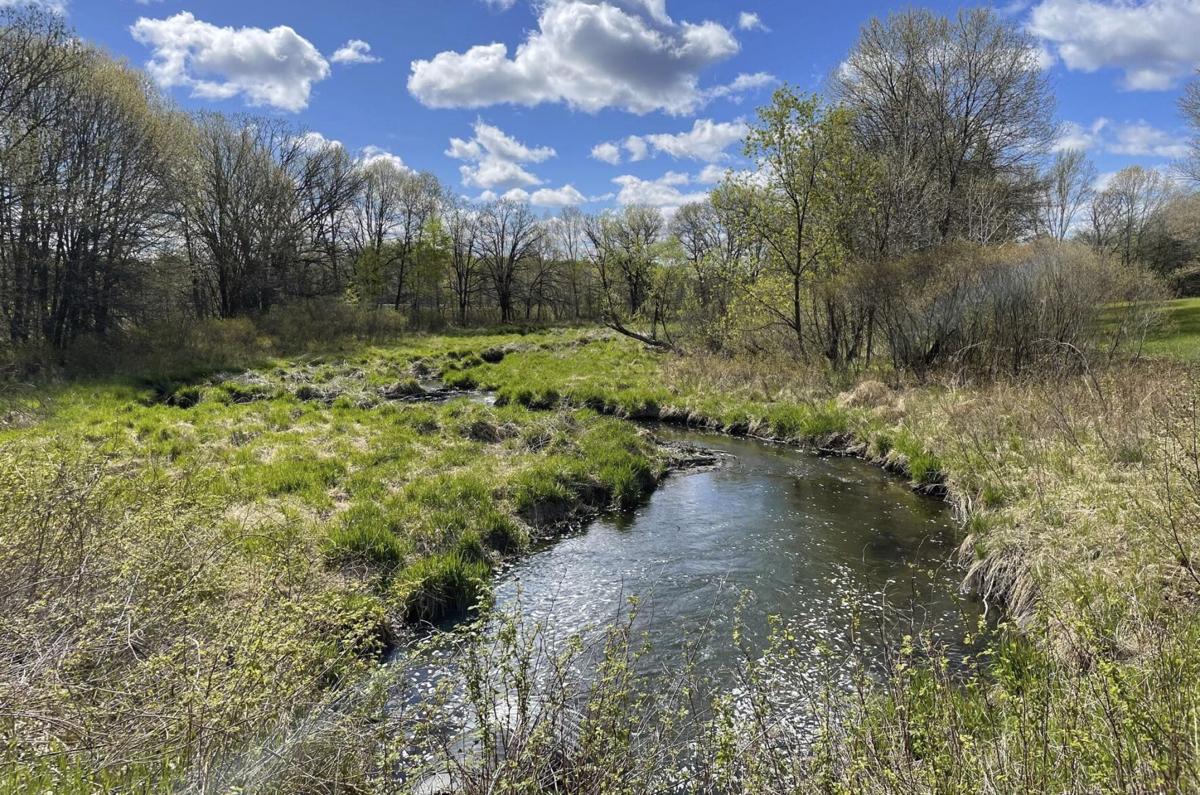 Sanders Creek, as it is today, looking south. 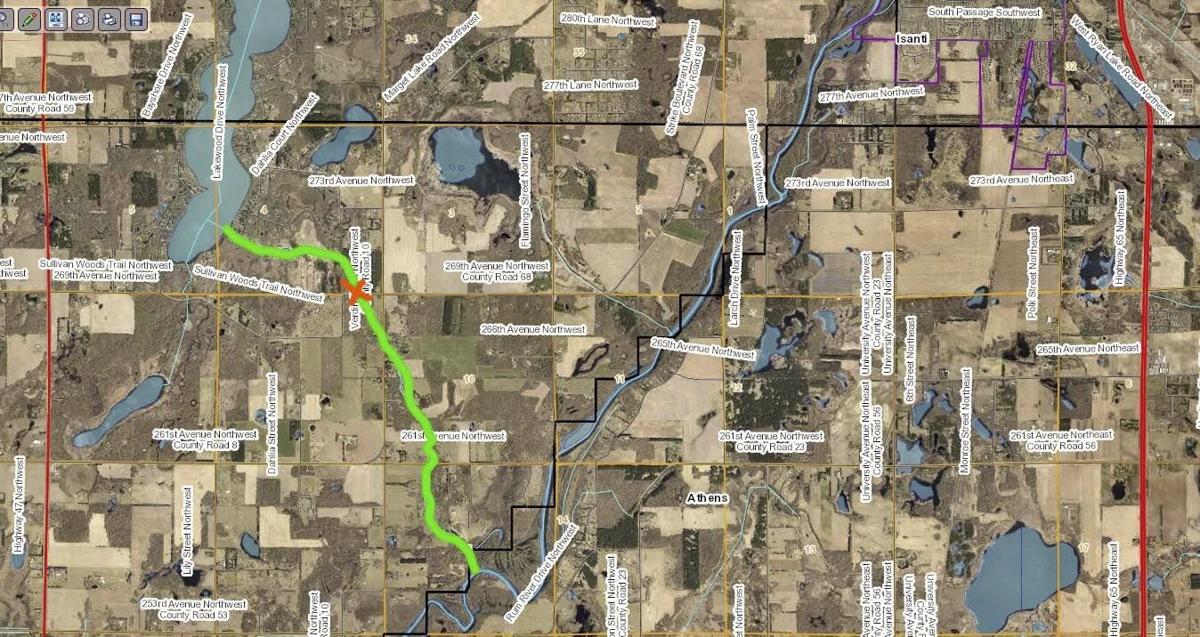 Sanders Creek is highlighted in green on this map.

Sanders Creek, as it is today, looking south.

Sanders Creek is highlighted in green on this map.

Editor’s note: This month’s “Repeating History” features historical quotes that may contain language with ethnic and racial prejudices that were once common but are no longer acceptable in today’s society. They are being presented unedited as they were originally written.

Although highly coveted as a natural resource, it was not just the Rum River that was first used by Native Americans within Isanti County. Countless lakes, streams, creeks, and other tributaries were valued not only for travel but as sources of food and game.

Sanders Creek is located in East Stanford Township and meanders in a southeasterly direction from Long Lake capturing Sections 4,9,10, and 15 along its way to the Rum River. Likely named after Stanford Postman, L. Sanders, early records indicate the creek was utilized by area Ojibwe. Traveled during the spring and fall months, the Ojibwe camped along the shores of Long Lake during the wild rice harvest in the early fall and presumably, for hunting and fishing in the spring. Many of Isanti County’s lakes were ideal ricing lakes due to calm waters, sandy bottoms, and shallow depth. Before the Ojibwe, area lakes and waterways were used by the Santee Dakota and the Native Americans that preceded them. Early inhabitants of Isanti County were drawn to lakes and waterways for many of the same reasons people are today. The area around Long Lake is very well known for its pre-European cultural significance as are many prominent lakes in Isanti County. Native Americans occupied not only Long Lake, but other lakes throughout Isanti County for thousands of years, and still do to this day.

During the Minnesota treaty years of 1825-1867, not all Native Americans were relegated to reservations. Early on, treaty rights allowed for many Native Americans throughout Minnesota to utilize ceded land for hunting and other resources; including land within Isanti County. As European settlement continued to expand in the latter half of the 19th Century, additional political and cultural pressure pushed area Ojibwe further north onto reservations, namely Leech Lake, Mille Lacs, and White Earth. However, oral histories from Isanti County dating from the early 1860s to the early 1880s document countless interactions with the Ojibwe. First-hand accounts as told by settlers often mention the presence of “Indians” not only near the Long Lake area but locations throughout Isanti County. Julia (Lindman) Marget retells her brief experience in a 1925 memoir of growing up in the Stanford area. Julia’s family settled in East Stanford along Sanders Creek in 1869.

“For several years the Indians used to come up Sanders Creek from the Rum River in the spring and fall to camp. They were fifteen to twenty in number and stayed there for two to three weeks. The men (settlers) were working and there were only the women and children at home. At that time only four children were living along the creek. Although the Indians were friendly, the parents were so afraid, that the children were not allowed to go away from the house.”

The area in which the photo was taken is known locally as Sullivan Woods Trail. The trail was an early travel route for Native Americans as well as European settlers. Looking at the creek today it’s apparent that the original depth has changed. Currently, it’s about two feet deep, area farming practices, particularly during the early 1900s changed the water level and flow characteristics of many Isanti County lakes and streams.

So next time you are out and about, take note of the now seemingly insignificant creeks and streams. Chances are pretty good you’re passing by a mode of transport and a valuable resource used by Native Americans for thousands of years.

SAM KLOCKSIEN is Executive Director of the Isanti County Historical Society, which is located at 33525 Flanders St. NE,