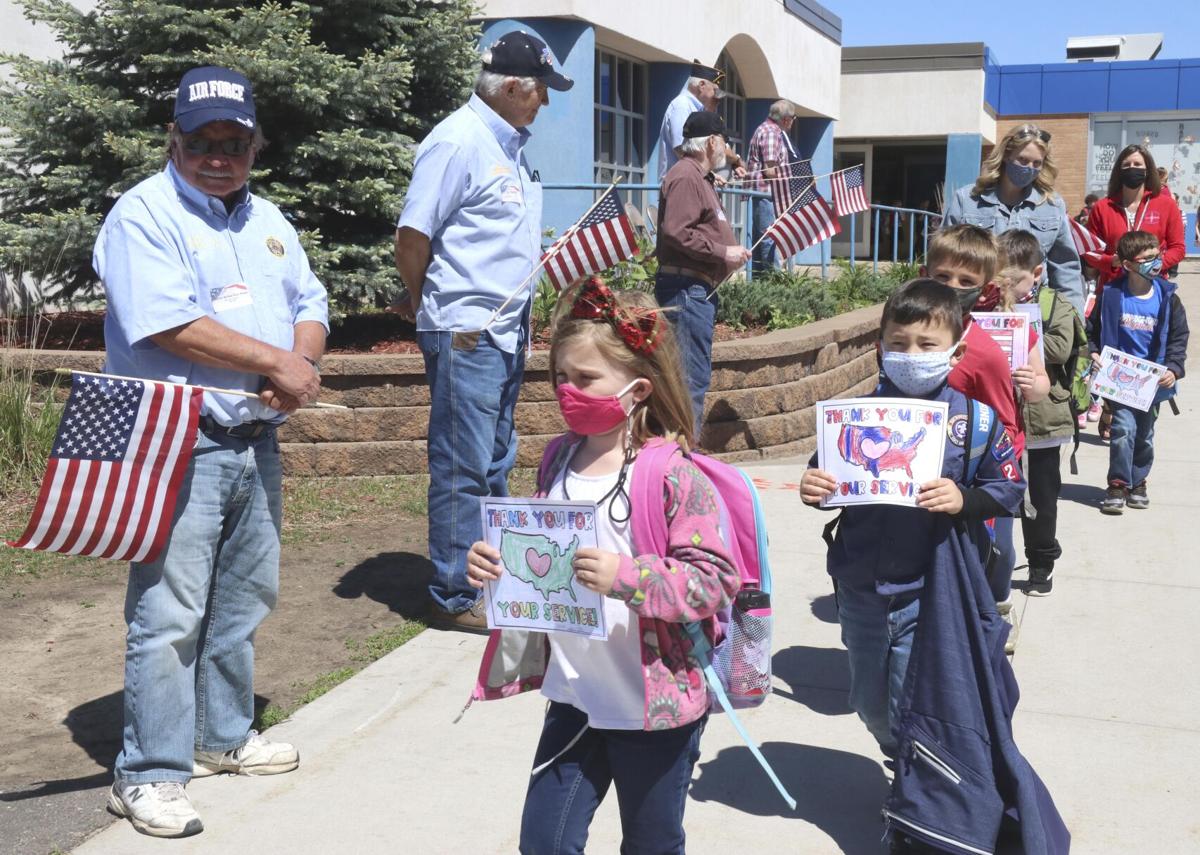 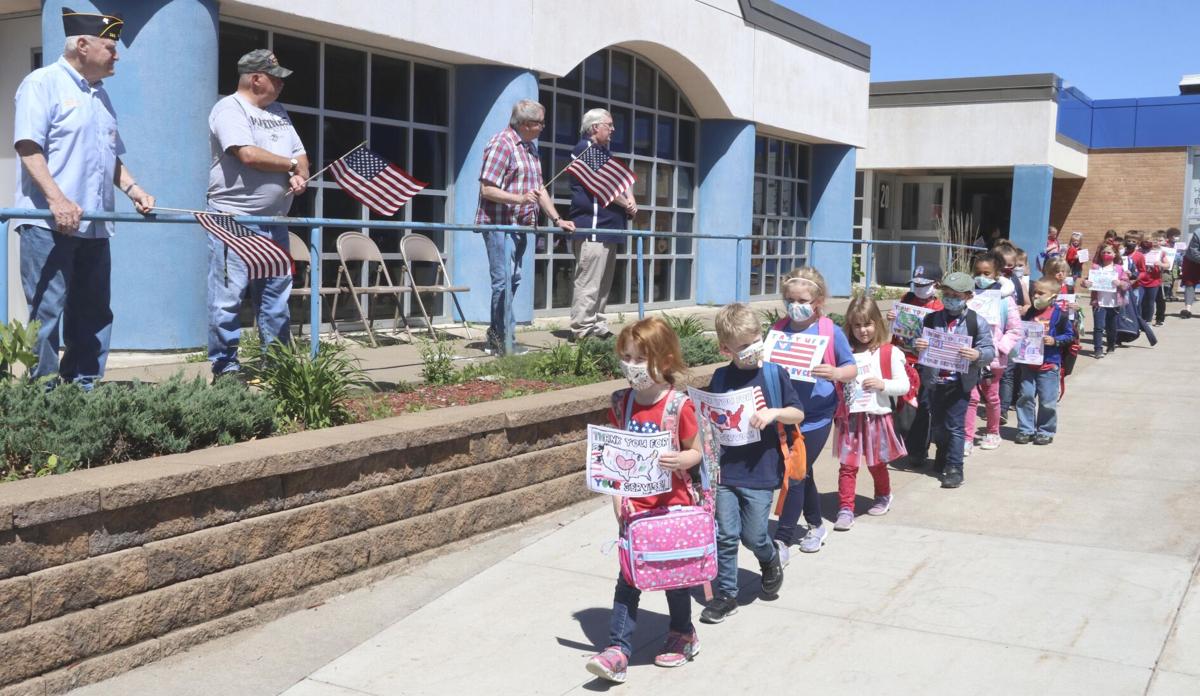 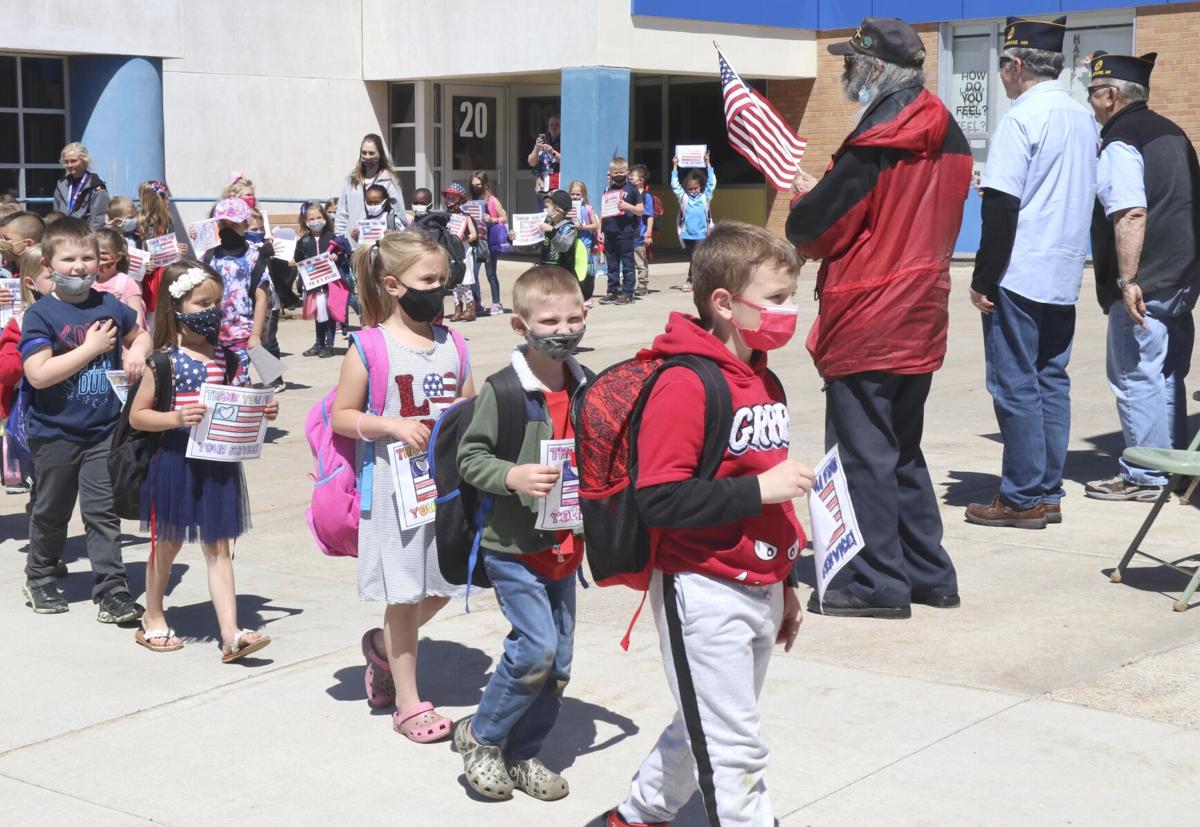 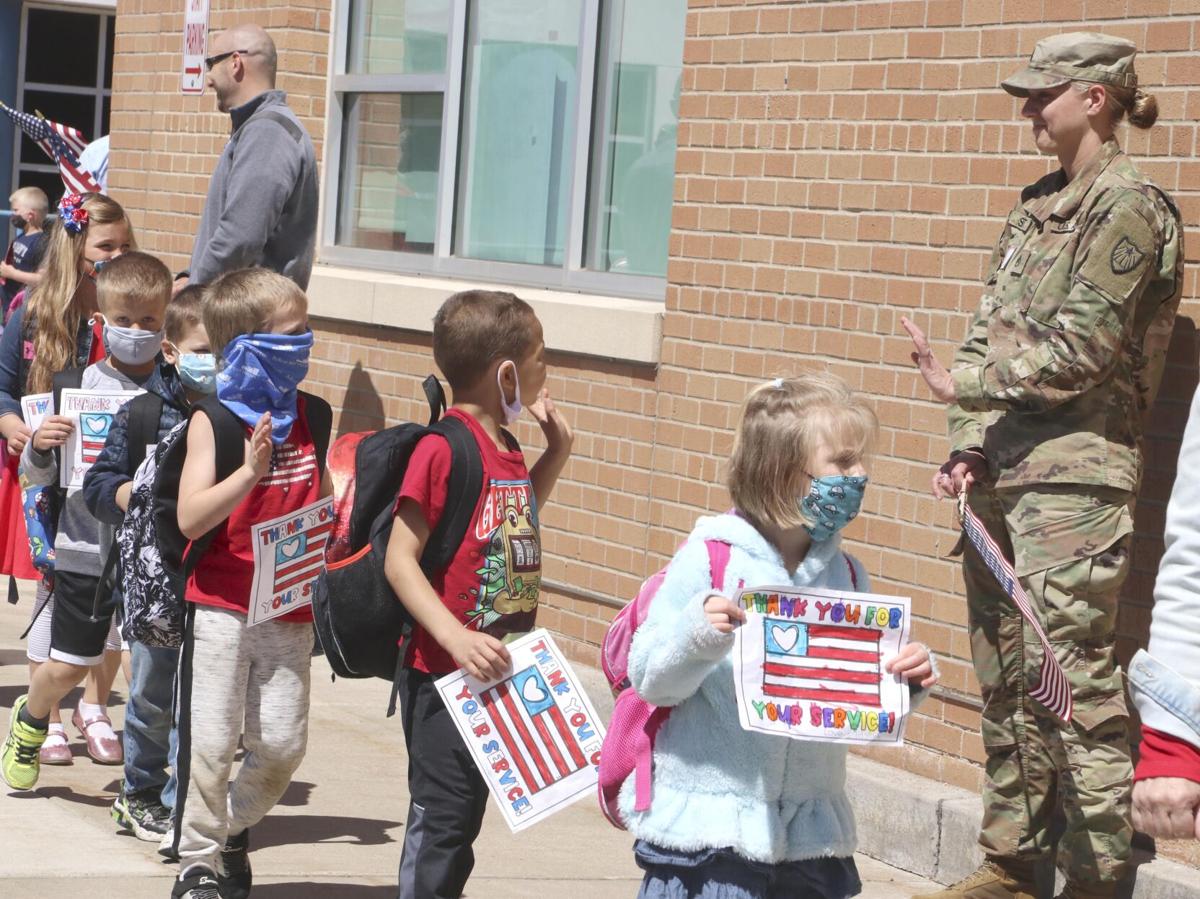 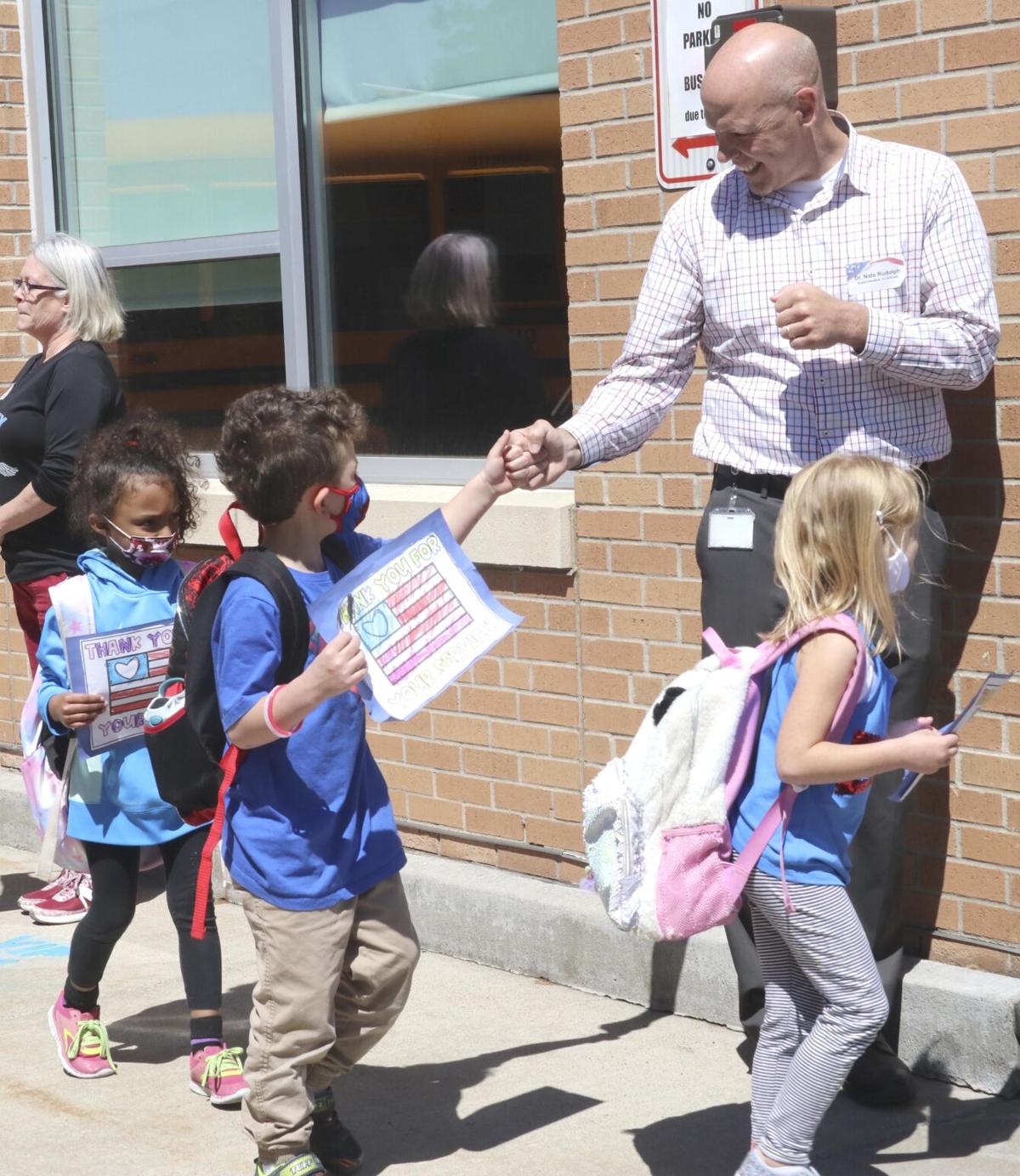 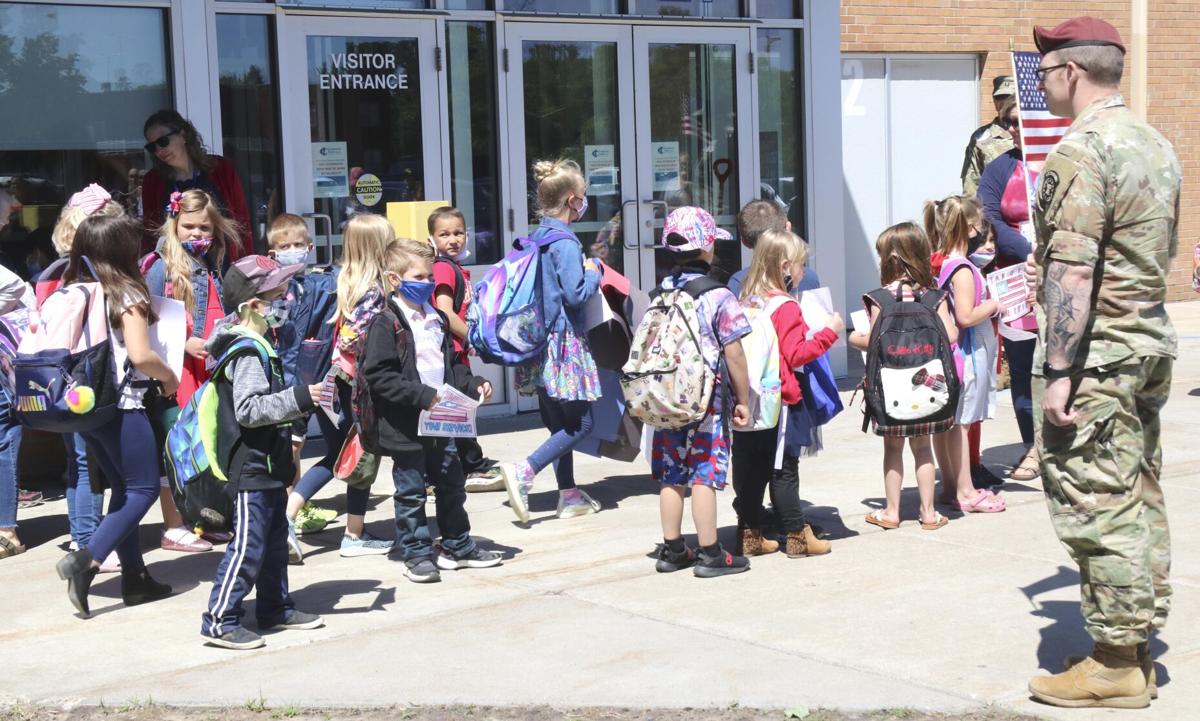 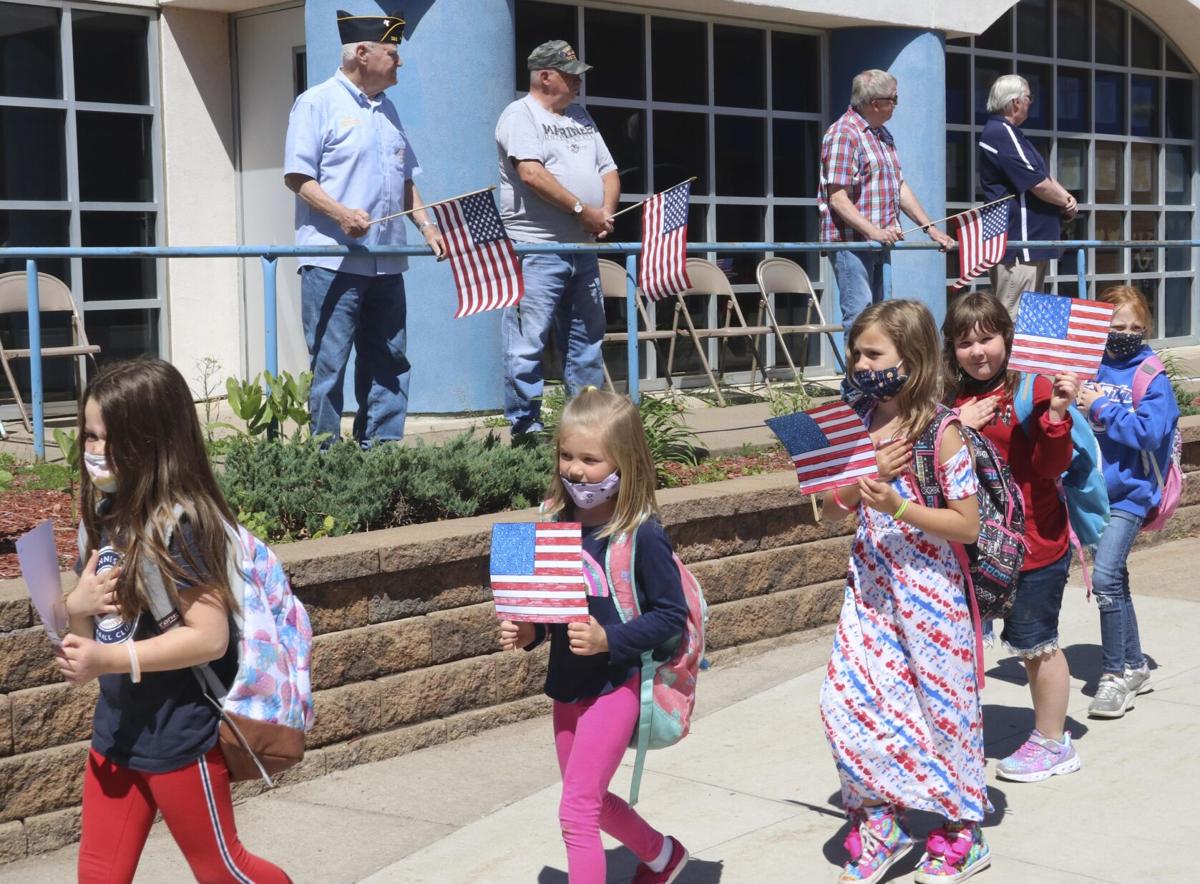 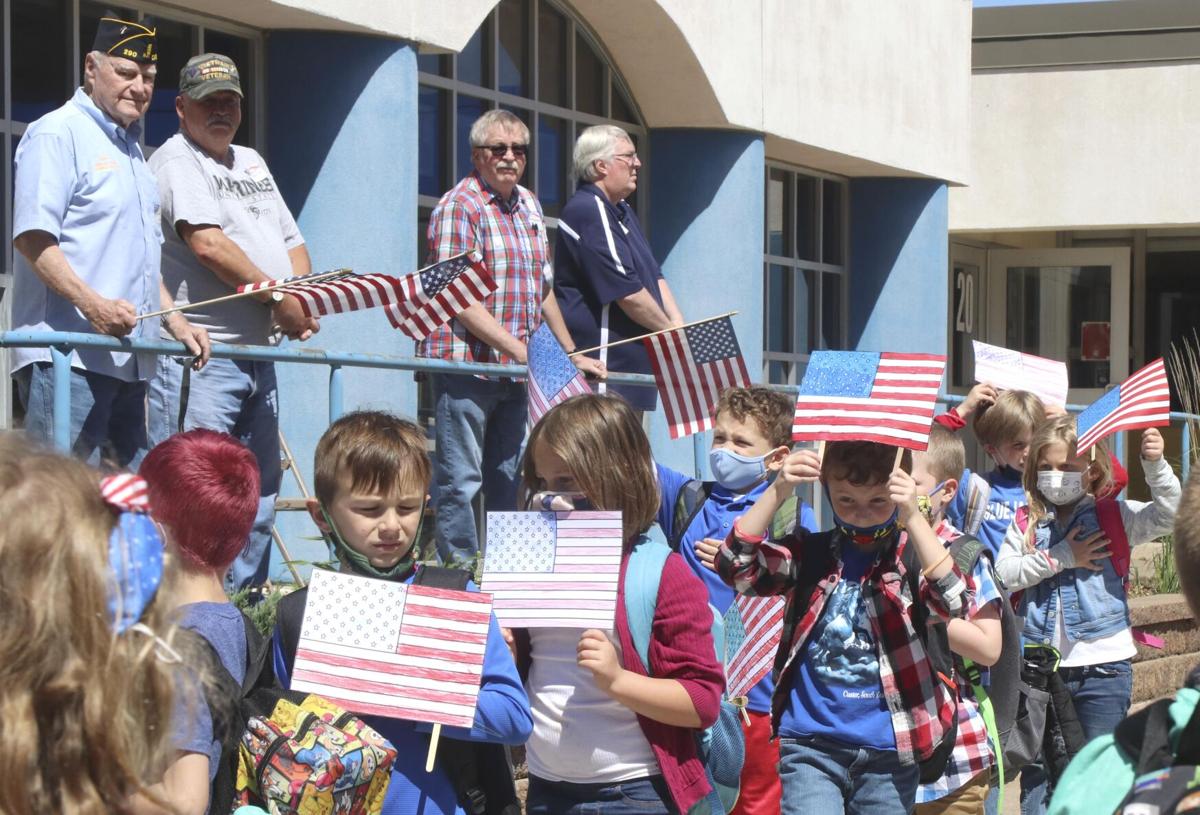 Several weeks ago, I got a phone call from Shannon Muehlberg at the Cambridge Primary School regarding an event  they were planning on holding that she thought I might be interested in covering. She called it a “Silent Dismissal,” and explained the general idea was for all of the students to silently leave school at the end of the day last Friday, May 28 in honor of Memorial Day. The idea was also to invite Veterans to observe this dismissal.

Even in describing this event, she admitted she didn’t know exactly how it would turn out. They got the idea from a YouTube video of a school in Michigan that did this. And while that video painted a very good picture of what this would entail here, when dealing with a bunch of young kids, you never know what you’re going to get.

So, while I was driving to the school last Friday, I had all sorts of scenarios running through my head of how to cover this. Do I need my wide-angle lens? Will I have to zoom in from farther back? Were the kids going to be holding signs? How many veterans would be there? Should I just shoot photos or should I dabble with doing a video? For a person who prefers to have as little unknowns going into a photo shoot as possible, this event was both exciting and nerve-wracking at the same time.

It didn’t take long into this event to discover, though, that it was everything Shannon said it would be, and probably more. In the YouTube video, one of the organizers called it “eerie” and “moving.” That is a very good analysis of it.

After a slight delay to allow for the buses to arrive, the kids started walking out. To their credit, hardly a word was spoken, and any that were was in very hushed tones. The kids completely bought into it. In fact, I found myself being extra aware of making any sort of noise myself, so to not spoil the mood. Besides, I equated this as keeping a cap on a freshly shaken bottle of pop. All it would take is a slight break in the silence and all the sounds would come exploding out.

All of the kids were holding hand-made signs, some of the American Flag, some of poppies, and many that simply said “thank you for your service.” Several students were placing their hands over their hearts as they walked past the veterans, who were holding actual flags. Others offered up a wave, which was reciprocated by the veterans.

After what seemed like wave after wave after wave of kids made their way past and climbed aboard their buses, they still remained silent. It was only after the silence was broken by the bus engines roaring back to life that a few kids, who were now looking out their windows, also broke their silence with calls of “thank you” as they departed, which only made the event that much more special.

After the final bus pulled away, Shannon, other teachers, the veterans, and any other adults still hanging around looked around at each other with expressions that said “wow, we really pulled this off.”

That they did. And I really hope this not only becomes an annual event, but that some of the other schools in the district join in.