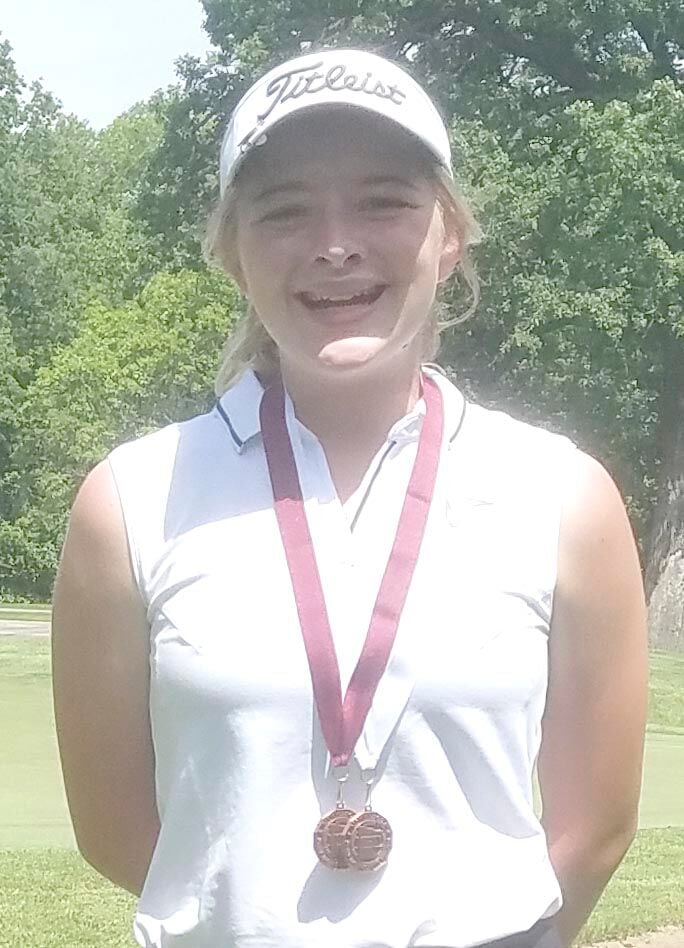 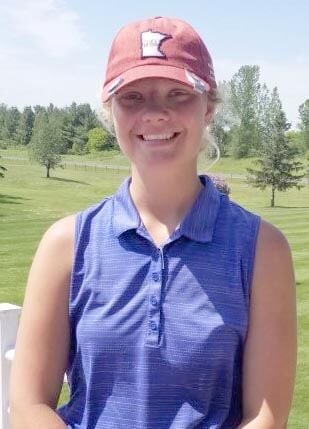 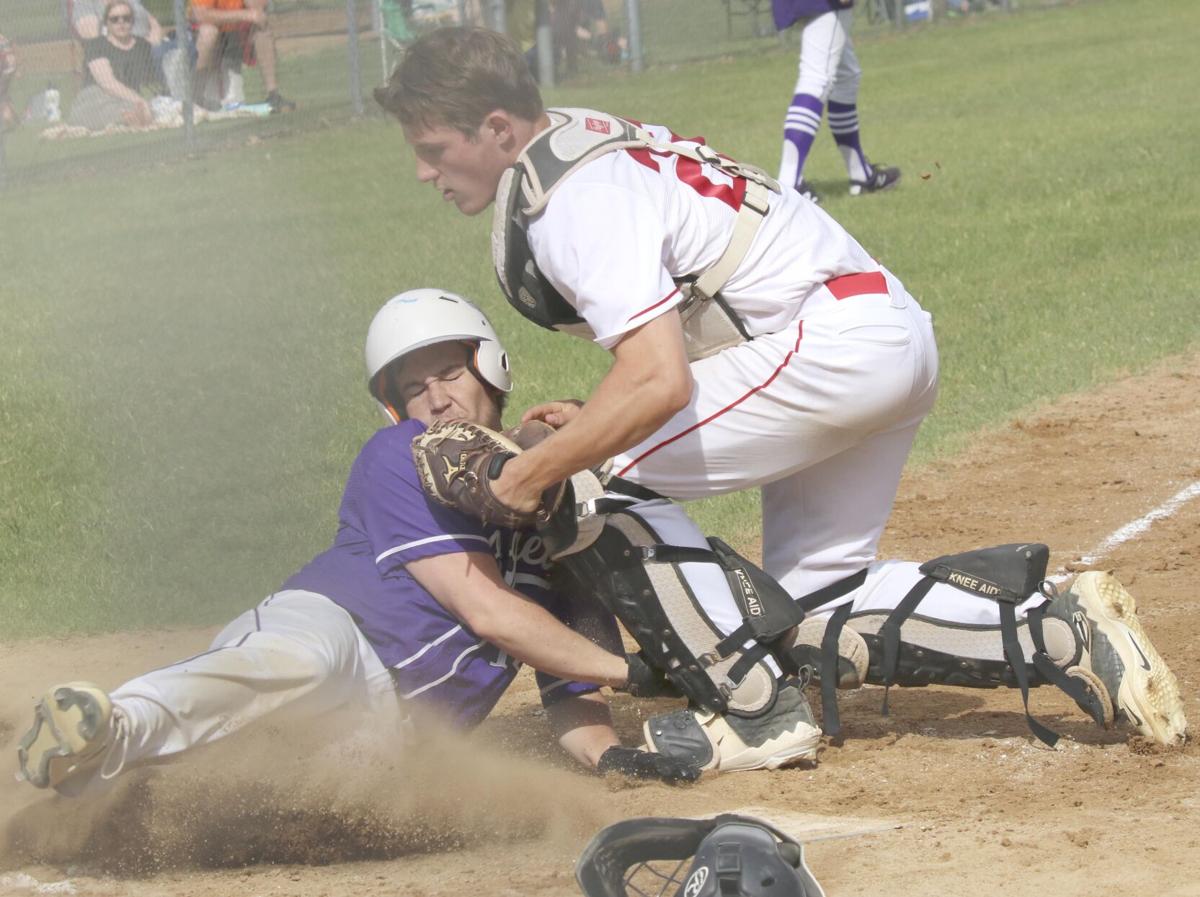 North Branch catcher Gavyn Jensen-Schneider tags out a Cloquet runner trying to score during the Vikings’ 11-2 win over the Lumberjacks.

North Branch catcher Gavyn Jensen-Schneider tags out a Cloquet runner trying to score during the Vikings’ 11-2 win over the Lumberjacks.

The North Branch Viking and Cambridge-Isanti girls golf teams each finished off their seasons in style, with each team sending a member to their respective state golf meets.

Viking junior Hailey Bistodeau earned her first state meet berth by carding a two-day score of 175, which was good enough for third overall in Section 4AA. Bistodeau shot an 89 on the first day of sections, which was played at Highlands National in St. Paul. She bettered her score by three strokes on the second day, parring eight holes.

As a team, the Vikings finished in third place on the first day, enabling the entire team to advance to the section finals.

Bluejacket senior Jasmyn Sibell earned her second straight state meet berth (there was no spring sports season last year due to COVID) by placing fourth in Section 7AAA with a two-day total of 162. Sibell shot a 79 on the first day of the tournement, held at Grand National Golf Club, which put her in second place entering the second day. There, she shot an 83.

As a team, the Jackets finished in sixth place on day 1. The top three teams advanced to play on day 2.

The Bluejackets had an excellent meet during the Mississippi 8 Conference Meet, held in North Branch. The boys team claimed the M8 team championship, racking up 187.5 points compared to runner-up Monticello’s 153. The Jacket girls finished second, scoring 164 points. Monticello was the girls champ with 188.5 points.

The Jacket boys, on the other hand, used team depth to earn their championship. C-I “only” had three first place finishes - from Jacob Ziebarth (high jump), Ethan Hintermeister (pole vault), and Trent Beseth (discus). However, they had a plethora of other top-three finishes, highlighted by a 1-2-3 sweep in the pole vault, with Riley Wilson taking second and Micah Wilson placing third. Those results were enough to secure the team trophy.

After taking a surprising loss in the first round of the Section 7AAA tournament, North Branch has rebounded, securing a lopsided 11-2 win over Cloquet, plus close, one run wins over Duluth Denfeld (4-3) and Princeton (2-1). Unfortunately, the Vikings’ season came to an end in the next game with another one-run score. This time, it was Chisago Lakes who came up on the better end of a 2-1 score.

For the Jackets, their postseason was short and tough. C-I lost to Andover 12-1 in the opening round and then fell to Anoka 18-4 in the next round, ending their season.

The Vikings, who were given the #2 seed for the Section 7AAA tournament, cruised through their first two games, beating both Duluth Denfeld and Cloquet 10-0. The wins set up a semifinal game versus their nemesis this season - Chisago Lakes, who has beaten North Branch twice during the regular season. This time, however, the Vikings came out on top when it counted most, earning a 5-1 win over the Wildcats. The win sent North Branch to the section championship undefeated, thus giving them a distinct advantage as the winner of the Hibbing versus Chisago Lakes game would then have to beat the Vikings twice in order to advance to state.

As it turned out, the championship will be the fourth (and possibly fifth) meeting of neighbor rivals North Branch and Chisago Lakes as the Wildcats rallied from a late-inning deficit to Hibbing to pull out the win. Since the two teams are so close to each other, the championship was moved from Grand Rapids to Forest Lake. Game time is 7 p.m. on Thursday, June 10, with the if necessary game starting approximately a half-hour after the conclusion of the first game, assuming Chisago Lakes is the winner. If North Branch comes out on top in either game, it will be the Vikings who will advance to the State Class AAA tournament, which will be held in North Mankato on Tuesday and Wednesday, June 15-16.

Like the Jacket baseball team, C-I softball lost both their section games, getting shut out by scores of 4-0 in both of them. The Jackets fell to Blaine in the opening round and then St. Francis in the elimination round.

The Jackets finished their season with a ninth place finish in the first day of the Section 7AAA meet. Individually, Easton Parnell’s 81 on day 1 wasn’t quite low enough to advance to day 2.