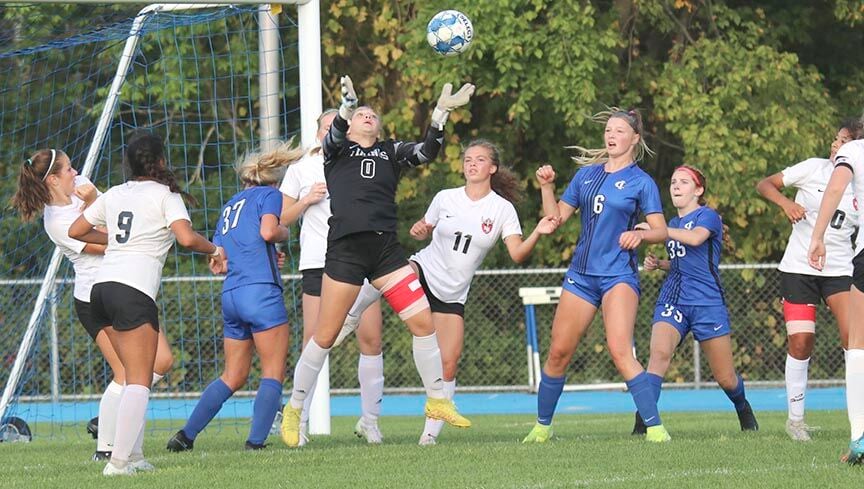 Players from both Cambridge-Isanti and North Branch converge on North Branch goalie Dylan Lifto on a long throw-in during the two teams’ girls soccer game. The Jackets would get two balls past Lifto for a 2-0 win. 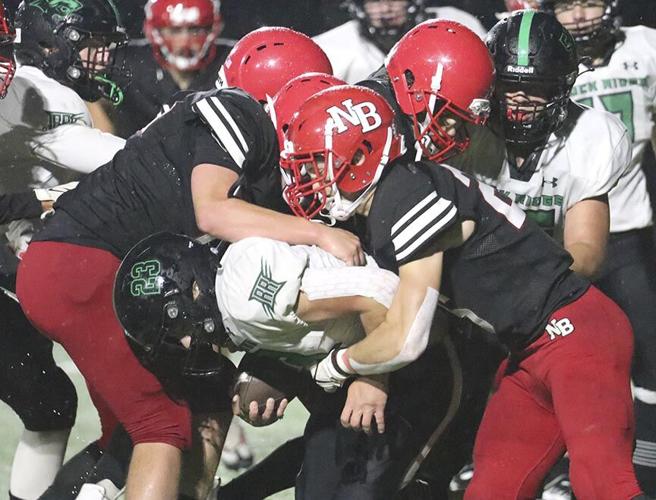 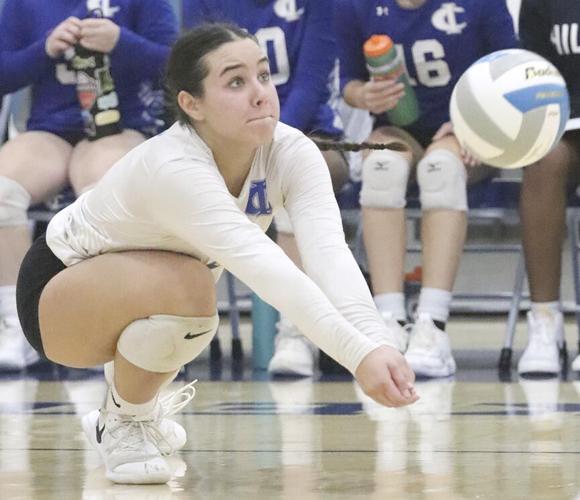 Players from both Cambridge-Isanti and North Branch converge on North Branch goalie Dylan Lifto on a long throw-in during the two teams’ girls soccer game. The Jackets would get two balls past Lifto for a 2-0 win.

The Cambridge-Isanti Bluejacket boys soccer team not only snapped their winless streak that dated back nearly two years, but they began a winning streak that now sits at three games. The last time C-I had a “W” next to one of their scores was a victory over Big Lake back on Oct. 1, 2020. 21 frustrating games later, that “W” finally appeared again with a 3-2 home win over North Branch. After heading into halftime tied at one, the Jackets raced out to a 3-1 lead. North Branch narrowed the gap with four minutes remaining, but couldn’t come up with the game-tying goal. Alex Simpson, Josh Foley, and Roggie Sanchez scored the goals for C-I, with Drew Detzler and Carson Weber scoring for the Vikings.

C-I kept the wins coming with another 3-2 victory, this time over Zimmerman. In that game, the Jackets had a 2-1 lead at halftime before holding on for the win. Colin Rouse had two goals, with Foley adding the third. The third win also was by a single goal, with C-I topping Big Lake 2-1.

Unfortunately for the Vikings, the loss was the first of three straight for them, with NB also losing to Delano 6-1 and Princeton 2-0.

The C-I girls were also able to top the neighboring Vikings last week, shutting out NB 2-0 in their only action for the week. North Branch would play one other game, where it was they who picked up a shutout win as the Vikings topped Princeton 5-0. In that game, North Branch picked up goals from five different players, with Summer Fruth, Kaytlin Hammond, Ava Gerten, Ava Mohs, and Ella Dick each bending the twine.

At first, it appeared North Branch’s Homecoming game against Rock Ridge would be a scoring fest as the two teams racked up six touchdowns in the first-quarter alone, with the Vikings holding a 30-14 lead 12 minutes into the game. After that, however, the rain intensified and the scoring decreased, leading to a 44-26 North Branch win. For the game, Preston Peterson scored twice on the ground, and Adam Johnstone hauled in two touchdown passes from quarterback Preston Peterson. Sam Robillard and Vinny Boeck scored the other two TDs.

The Vikings will have their biggest test thus far this season as they travel up to Grand Rapids to face the also undefeated Thunderhawks in a rematch of last season’s section championship game.

The Jackets experienced equally wet conditions in their game at Sauk Rapids-Rice, where the appropriately named Storm pulled out a 22-12 win over C-I. The home team scored on the opening kickoff and added to their lead with two TDs in the second-quarter. C-I tried to rally with a third-quarter touchdown by Micah Wilson and a fourth-quarter score by Levi Maurer, but it was too little too late.

Both C-I and North Branch went 1-1 for the week, with both teams recording the same scores in both matches.

The Bluejacket herriers traveled to Cold Spring-Rocori last week, where the boys would finish in fifth-place out of 14 teams and the girls would finish in seventh-place out of 11 teams. Hunter Jacobson and Jonas Kennedy paced the boys, coming in just a second apart in 13th and 14th place. Kenna Sjoberg cracked the top ten in the meet, coming in 8th.

The Vikings made the short trek to Chisago Lakes, with the boys runners coming in seventh out of 11 teams and the girls not recording a team score. Individually, the girls were led by Ren’ee Brake, who finished in 25th place. The boys were led by Jordan Stum, who came in 13th.

The Jackets’ regular season is quickly wrapping up, with their final match taking place on Tuesday. In that final week, C-I went 2-3 during their last three conference matches, plus one last triangular. For the conference matches, C-I shut out Princeton and Big Lake 7-0, and lost to Becker 5-2. C-I also went 0-2 at Elk River, with the hosts shutting out the Jackets 7-0 and Simley edging out a 4-3 win.

North Branch’s regular season came to a close with a trio of losses as the Vikings were swept by Monticello, Chisago Lakes,  and St. Francis 7-0.

The Section 7AA team tournament, which both schools are in, begins on Monday, Oct. 3 and Tuesday, Oct. 4.