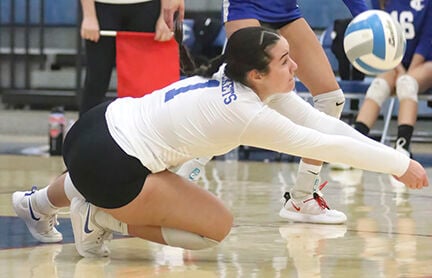 Cambridge-Isanti libero Abigail Wimmer digs out a serve during the Jackets’ match versus Rochester Mayo. 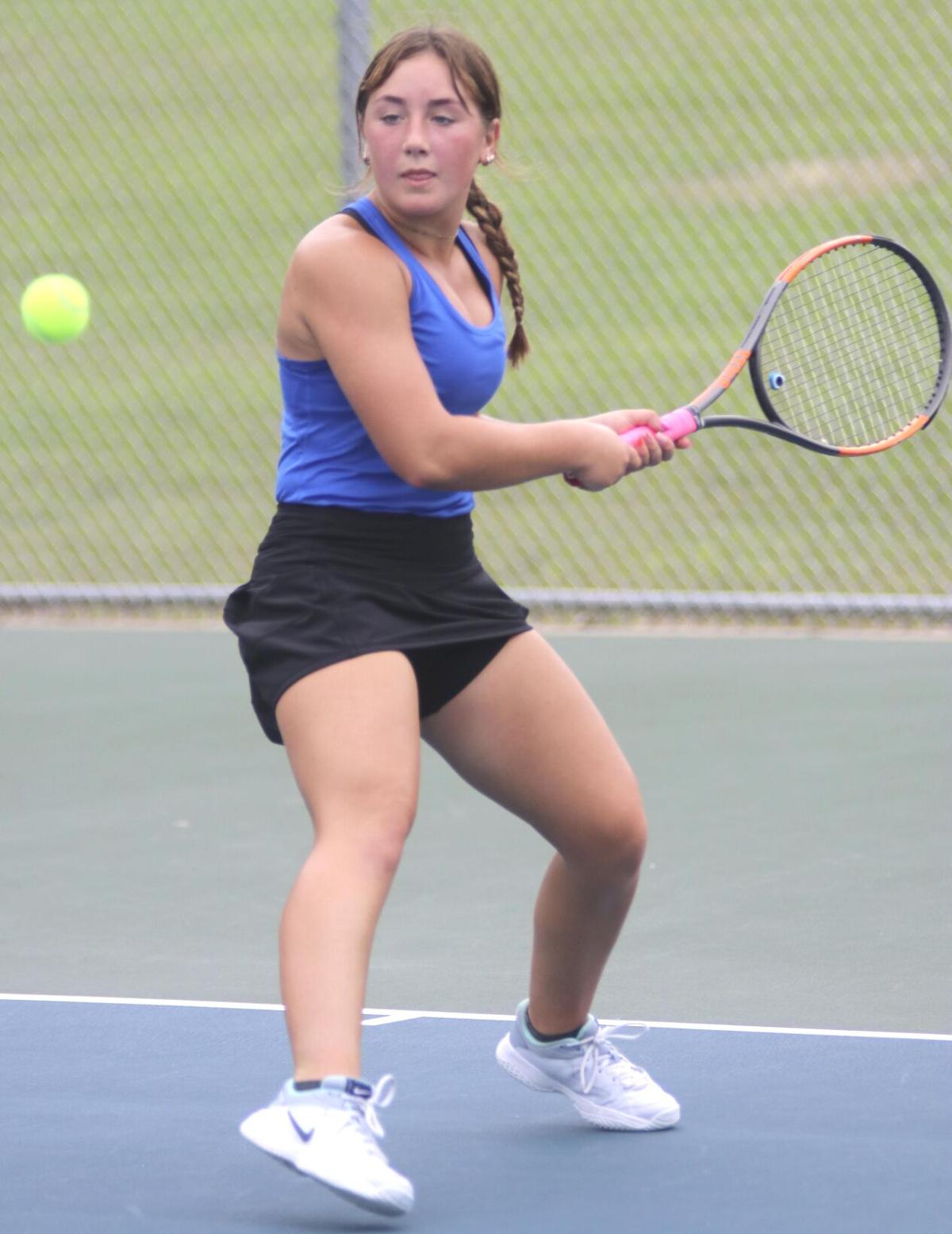 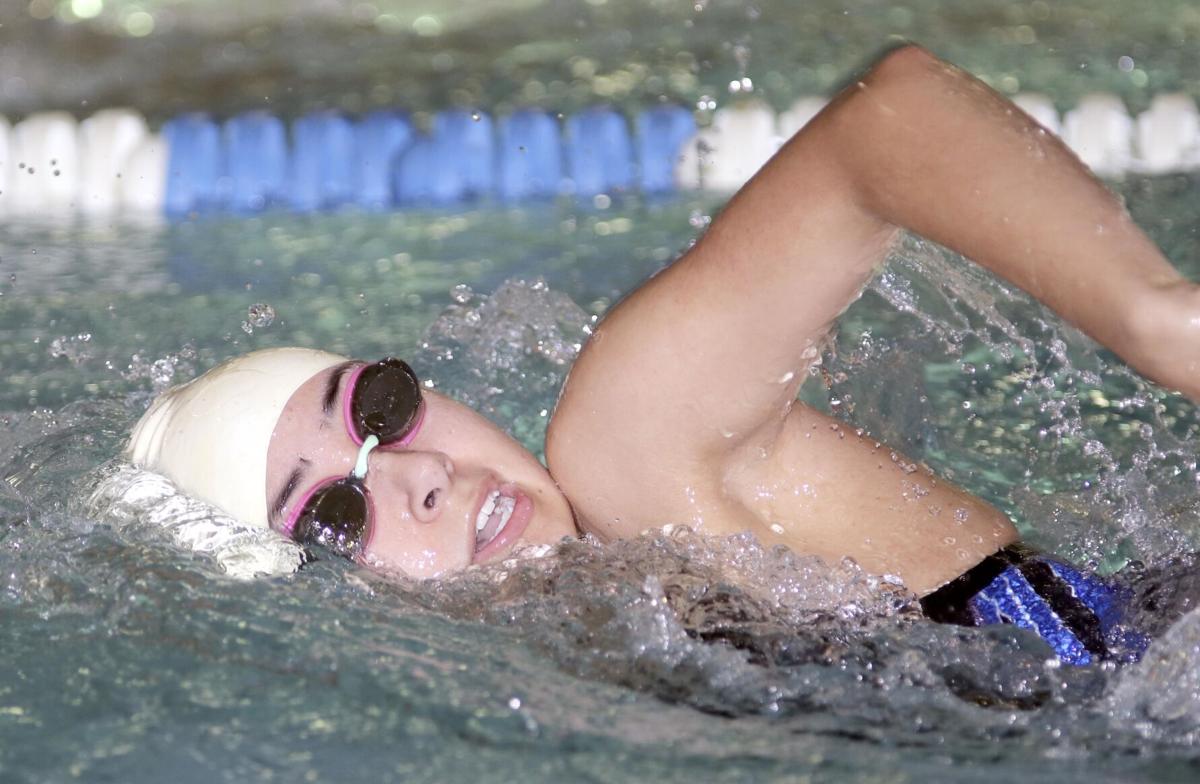 C-I's Zoey Pisula competes in the 200 freestyle in the Jackets' meet versus Forest Lake. 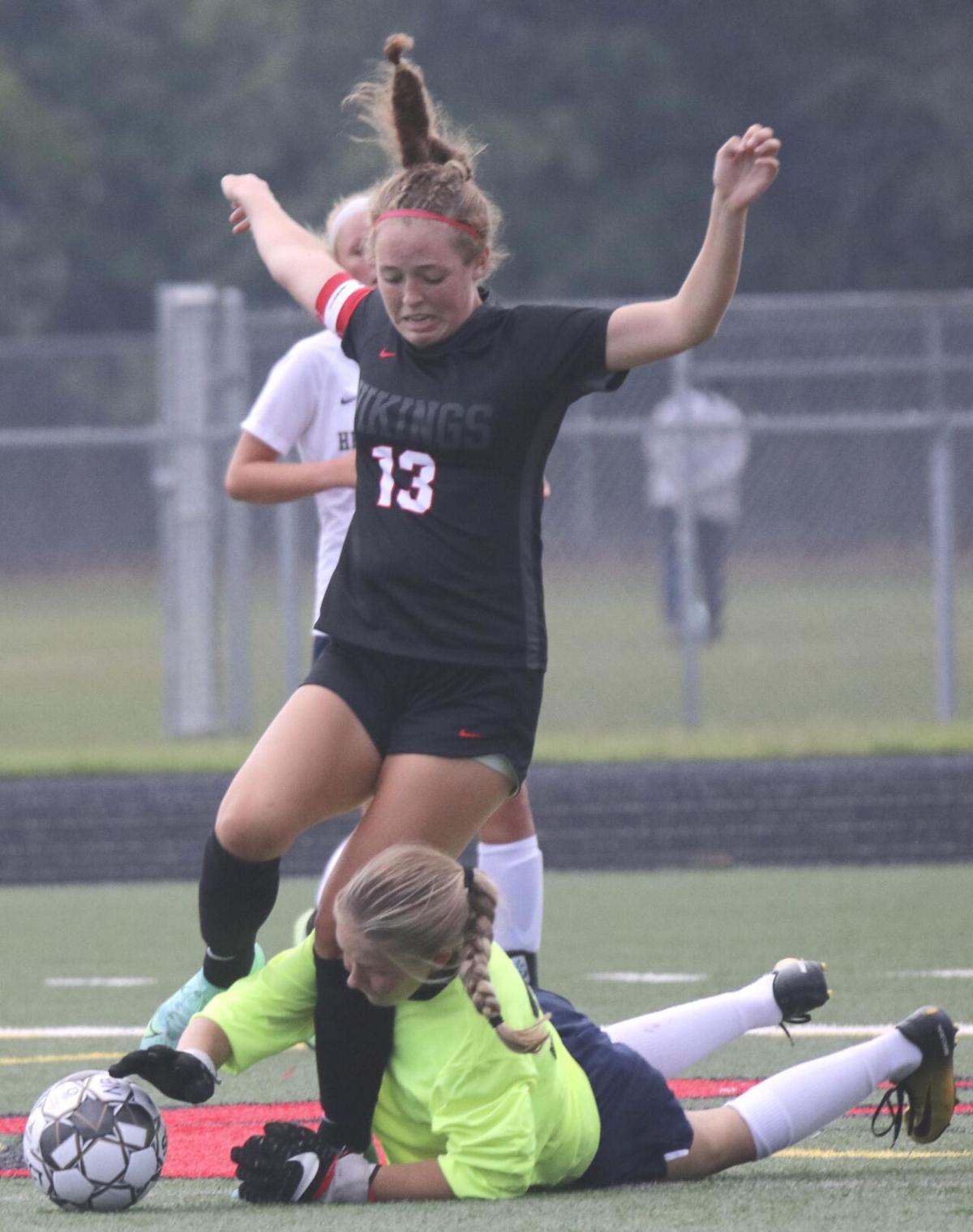 North Branch’s Ava Gerten gets her feet tangled up with a sprawling Hermantown goalie during the Vikings’ season opener versus the Hawks. The sophomore proved to be quite the headache for the Hawks keeper, scoring four goals in the game. 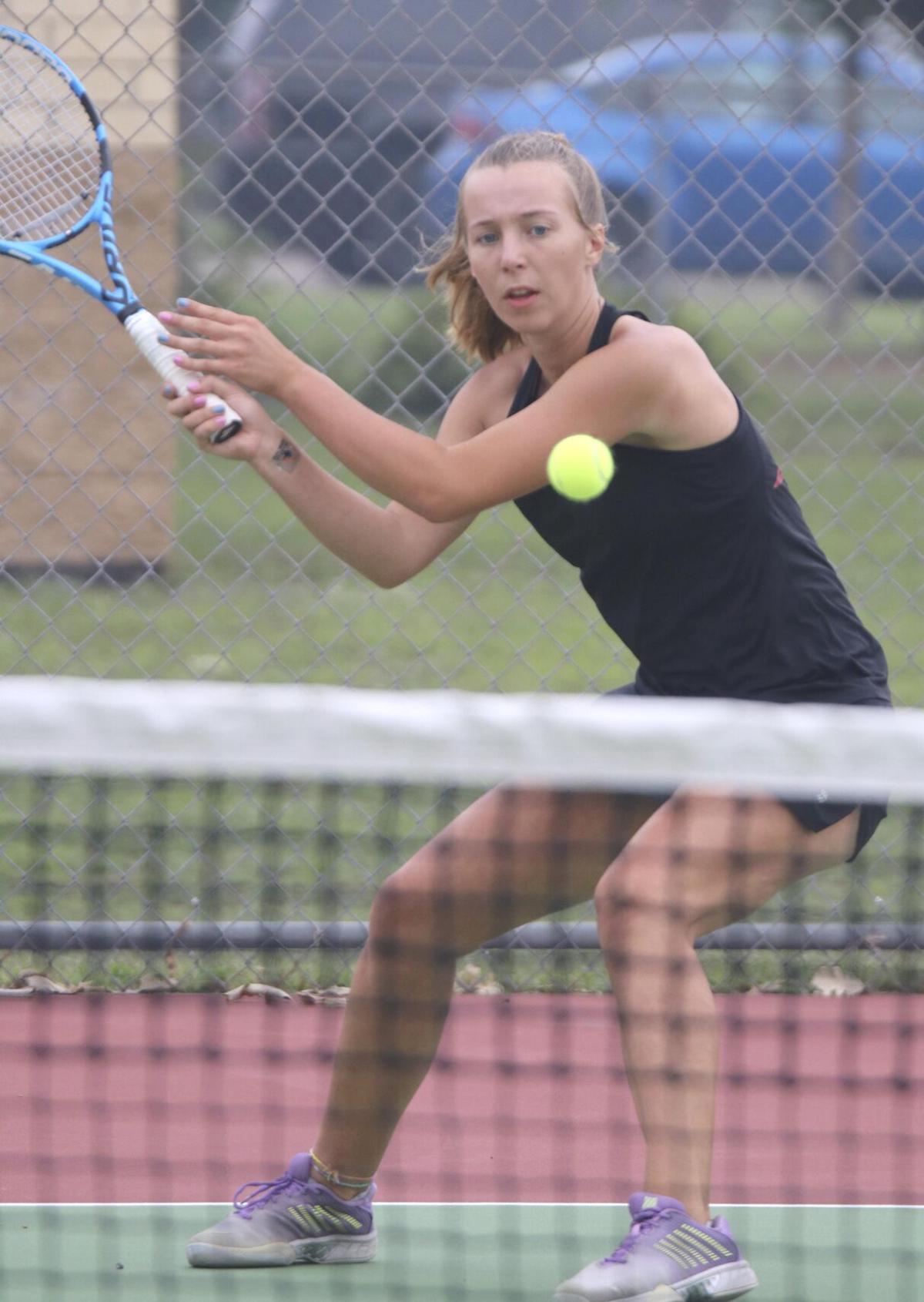 Cambridge-Isanti libero Abigail Wimmer digs out a serve during the Jackets’ match versus Rochester Mayo.

C-I's Zoey Pisula competes in the 200 freestyle in the Jackets' meet versus Forest Lake.

North Branch’s Ava Gerten gets her feet tangled up with a sprawling Hermantown goalie during the Vikings’ season opener versus the Hawks. The sophomore proved to be quite the headache for the Hawks keeper, scoring four goals in the game.

It was the best of times, it was not quite the worst of times, but close for the Bluejacket volleyball team as they began their 2021 campaign with a 3-0 sweep over Coon Rapids in their season opener, but followed that up with by getting swept 3-0 against visiting Rochester Mayo.

In the win over the Cardinals, C-I cruised to 25-10, 25-20, 25-10 set wins. The Jackets evenly distributed the ball, with Brooklyn Dickey recording eight kills, Ada Schlenker adding seven, and Ivy Wadzink, Makenzie Coplan, and Alice Steman each recording five. The Jackets are going with a two setter rotation this year, with Wadzink recording 16 assists and Dickey earning nine. New libero Abigail Wimmer came up with nine digs to lead the team defensively.

The following evening, the Jackets had a few stretches of solid play, but an equal number of mistakes. That, coupled with Mayo, who has made multiple appearances in the state tournament in recent years, finding their early season groove, led to a 18-25, 16-25, 13-25 loss for C-I. Coplan did come up with 11 kills for the Jackets, but no other player reached five. Mayo also did a good job keeping the Jackets out of system by forcing Wadzink and Schlenker to play more defense and thus taking them out of the offense. Wadzink had 13 digs and Schlenker had nine.

The Vikings started their season with a pair of tough opponents, losing to neighbor Forest Lake 3-2, and getting swept by Wilmar 3-0 in the Breakdown Side Out Classic.

Against the Rangers, the two teams alternated set wins, with the Vikings winning the second and fourth sets by identical 25-23 scores, and Forest Lake winning the first set by that same score and the third set 25-8. The Rangers clinched the win with a 15-11 fifth set. Paige Peaslee looks to have returned to form following a knee injury in November, picking up 12 kills to lead the team’s attack. New setter Maddie Helin earned 20 assists.

Against Wilmar, the Cardinals held the Viking offense in check, with Lindsey Bunes’ six kills tops for North Branch. The final scores were 15-25, 23-25, 16-25.

Like volleyball, the Jacket girls tennis team split their first two matches of the season, beating Forest Lake 4-3 but losing to Annandal by the same score. The first doubles team of Maddie Lawrence and Maddie Troolin were the lone Jackets to win both of their matches.

The Vikings’ hectic first week of the season came to a conclusion with three more matches, although two more matches got rained out. The Vikings started with a solid 6-1 win over Fridley on their home court. However, that was followed by a 7-0 shutout at the hands of Blaine, and a 5-2 loss to Totino Grace. Rachel Wurdemann at first singles and Katelyn Money and Jaden Volkman at third doubles each recorded two wins.

The Vikings have gotten off to a 3-0 record this season, beating Hermantown 7-1, Duluth Denfeld 2-1, and St. Paul Highland Park 4-2. Sophomore Eva Gerten and senior Lilly Johnson have packed a majority of the team’s offensive punch, with Gerten scoring seven goals in the three games, and Johnson scoring three.

C-I’s lone scheduled game last week was postponed due to the potential of thunderstorms.

North Branch started their season with one game getting postponed due to lightning, but they did get a game in the next day, tying Mesabi East 2-2. Brady Verdon and Wyatt Peek scored for the Vikings, with both goals coming in the second half to come back from a 2-0 deficit.

Like the girls team, the C-I boys also had their first game of the season postponed due to thunderstorms.

The Jackets opened their season with a 104-74 loss to Forest Lake. The Rangers took first in every single event until swimming the last three events as exhibition only.