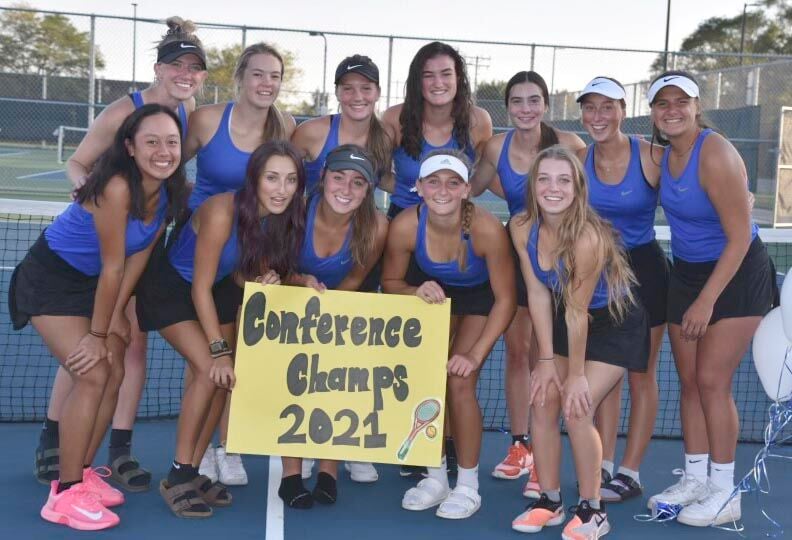 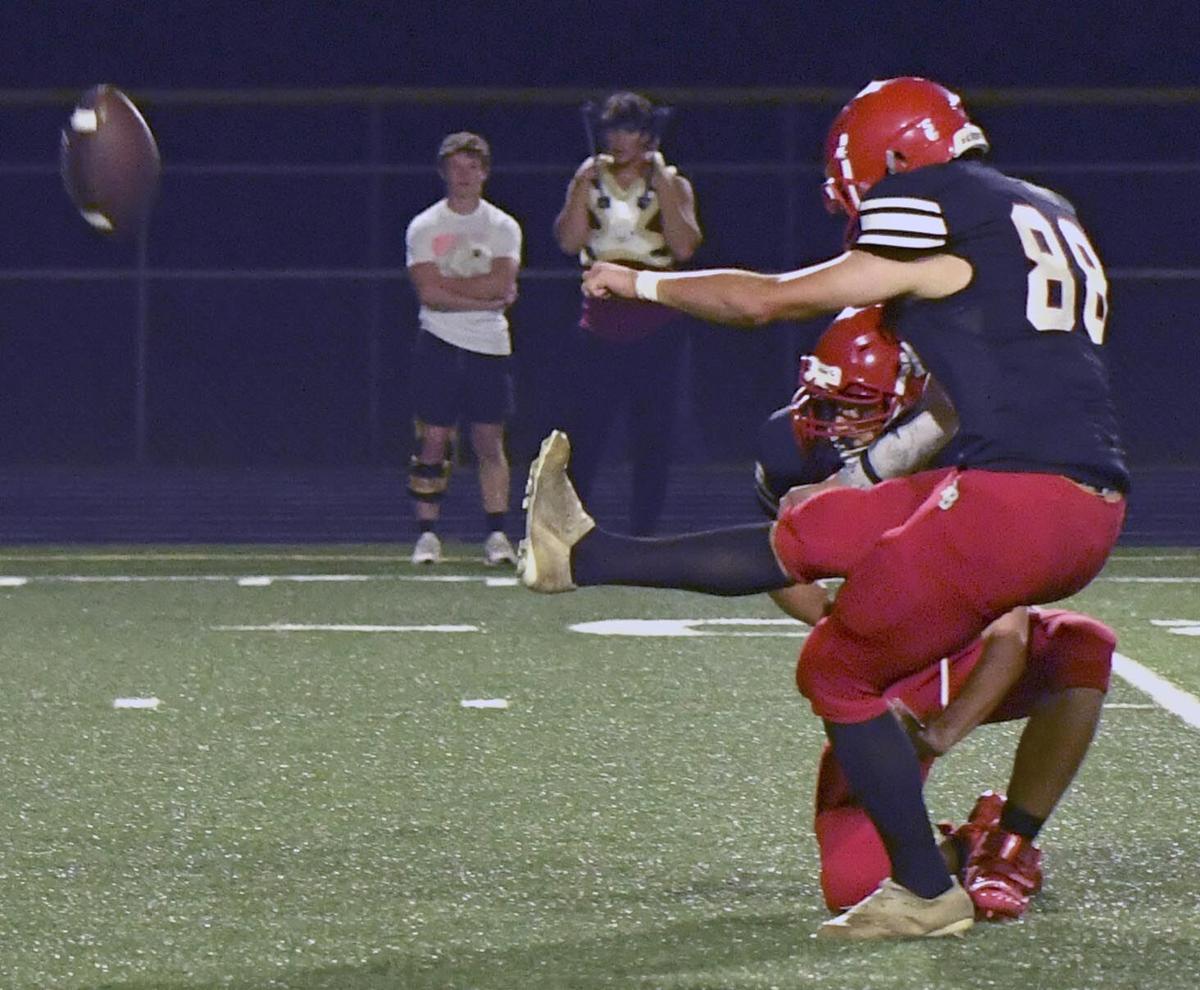 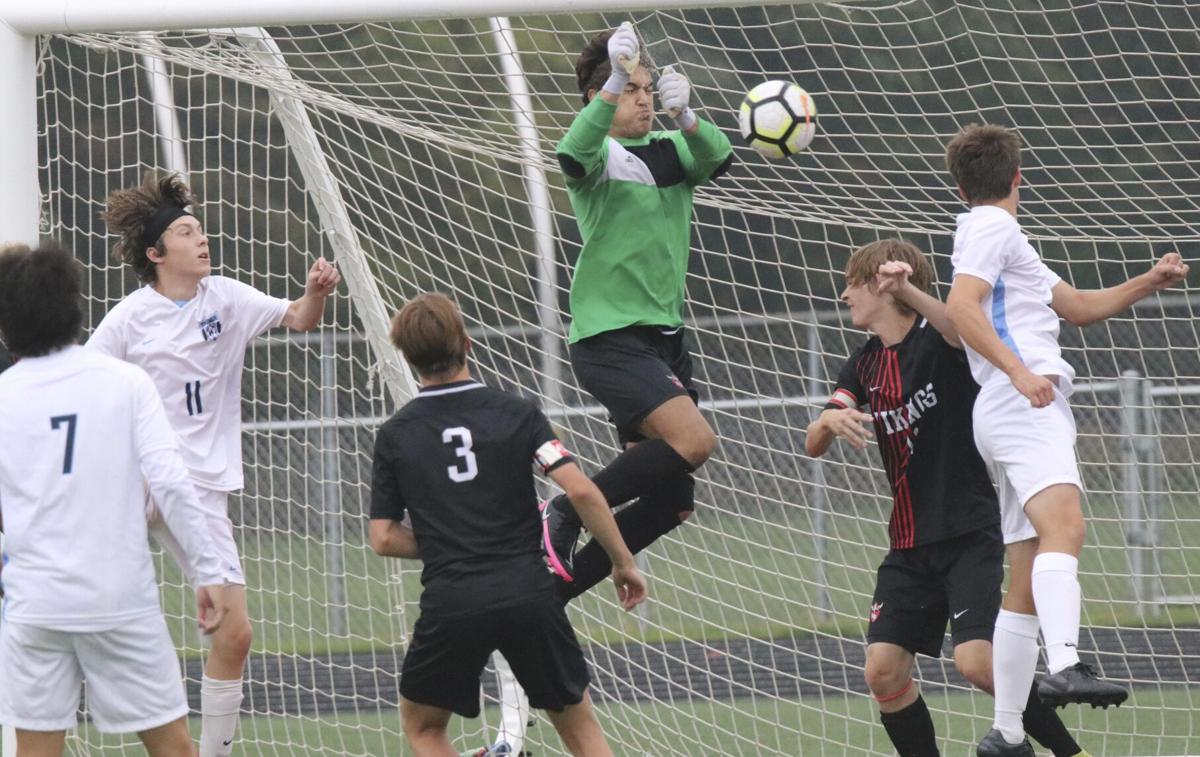 ...The next morning, he was punching away corner kicks and making saves while leading the boys soccer team to a 2-0 win over Zimmerman 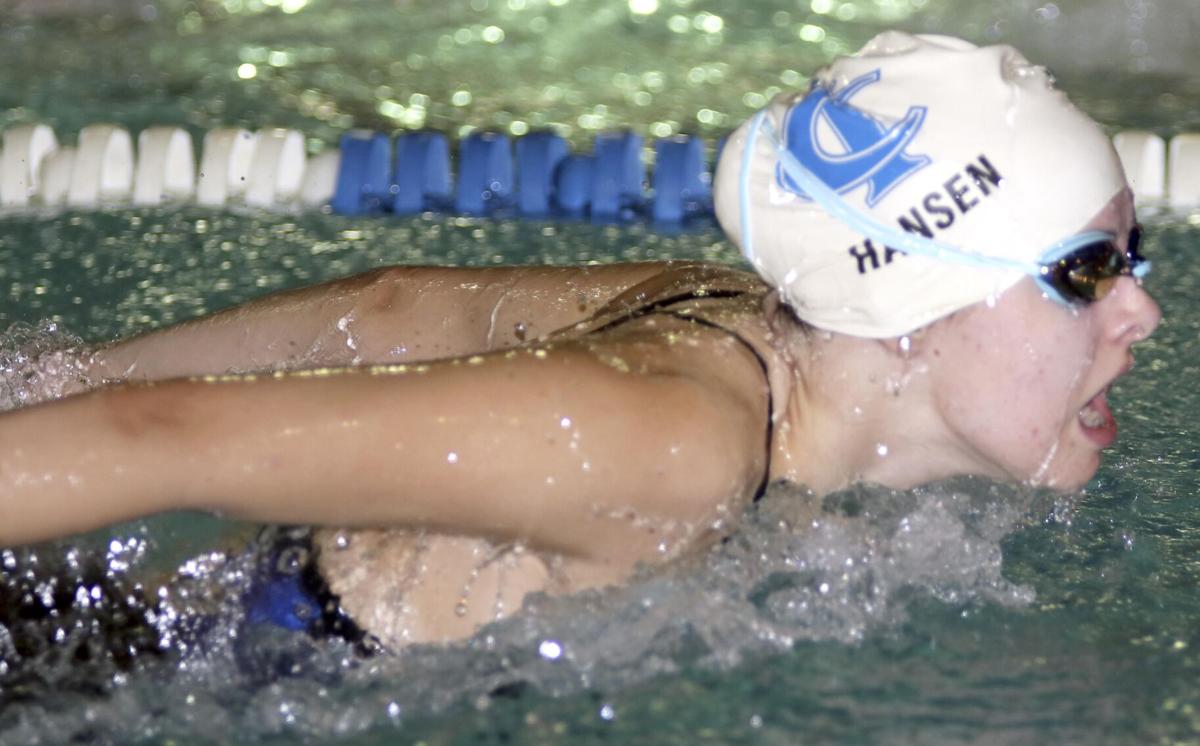 Cambridge-Isanti’s Olivia Hansen competes in the 100 butterfly during the Jackets’ meet against Duluth East. 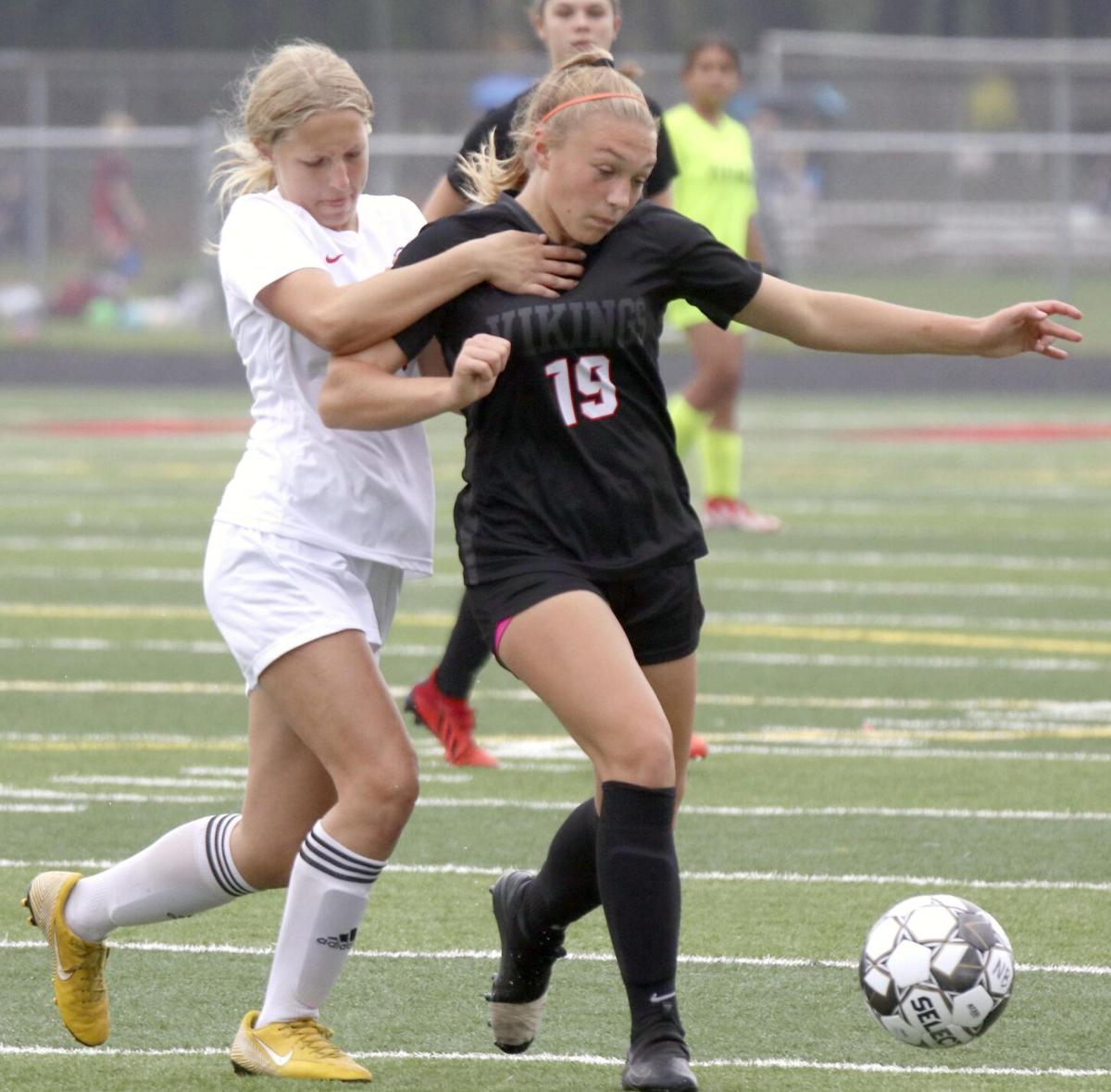 North Branch's Peyton Verdon fights through a hold by a St. Cloud Apollo player during the Vikings' 9-0 win over the Eagles. 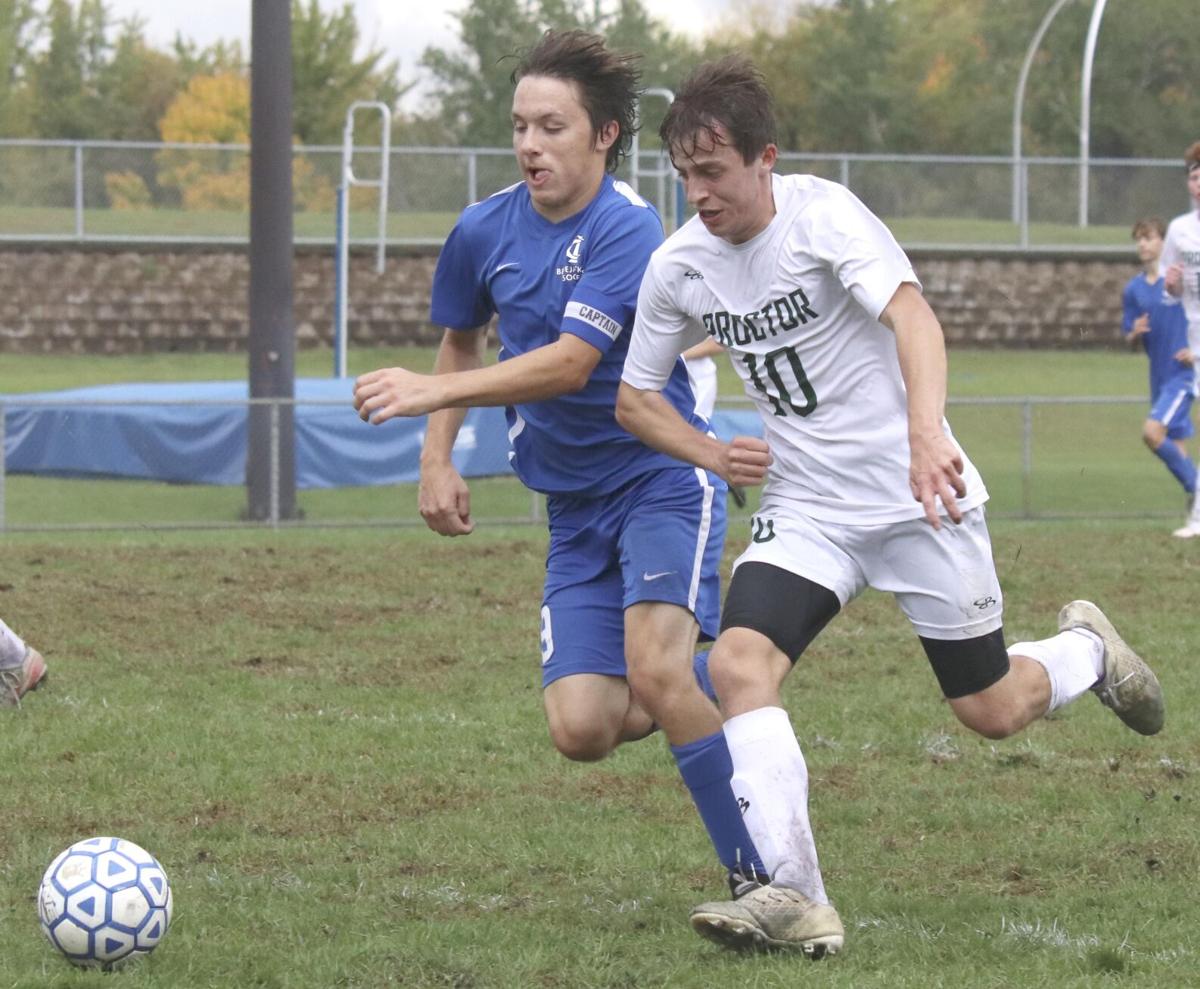 Cambridge-Isanti's Josh Bauer races shoulder-to-shoulder with a Proctor player for a loose ball during the Jackets' game versus the Rails.

...The next morning, he was punching away corner kicks and making saves while leading the boys soccer team to a 2-0 win over Zimmerman

Cambridge-Isanti’s Olivia Hansen competes in the 100 butterfly during the Jackets’ meet against Duluth East.

North Branch's Peyton Verdon fights through a hold by a St. Cloud Apollo player during the Vikings' 9-0 win over the Eagles.

Cambridge-Isanti's Josh Bauer races shoulder-to-shoulder with a Proctor player for a loose ball during the Jackets' game versus the Rails.

In front of jam-packed bleachers, both the North Branch Vikings and Cambridge-Isanti Bluejackets were involved with thrilling gridiron battles as the climax of Homecoming activities, with the two teams ending on opposite sides of the scoreboard.

After cruising through the first half of their season, North Branch saw their toughest battle to date in the form of the Grand Rapids Thunderhawks. But after all the dust had settled, the Vikings wound up on top by a mere point in a 21-20 victory. Quarterback Andrew Thauwald did a majority of the damage himself on the ground, scoring the first two touchdowns on the ground. A pair of unsuccessful two-point conversions, however, resulted in the home team being behind 13-12 at halftime.

North Branch regained the lead in the third quarter on a 21-yard field goal by Tanner Bollman, however the Thunderhawks responded with their third touchdown to take a 20-15 lead. That set up the thrilling conclusion as the Vikings took the lead for good in the fourth quarter on a five-yard touchdown run by Ashton Labelle. Another unsuccessful two-point conversion made the final score of 21-20.

The results for the Jackets weren’t so rosy as C-I fell to Monticello 21-18 in their homecoming game. C-I trailed the entire game, with the largest margin being a 21-6 Magic lead going into the fourth quarter. The Jackets’ comeback attempt was propelled by two touchdown runs by Cyrus Mattson to cut into the lead, but a pair of unsuccessful two-point conversions kept the Jackets from getting any closer than a three-point deficit.

The Jackets did have a quality chance to complete the comeback as a Monticello fumble was recovered by the Jackets on Monticello’s 43 yard line with two minutes remaining. On the next play, however, Monticello took the ball right back on an interception, thus ending C-I’s comeback hopes.

The Bluejackets locked up their first-ever Mississippi 8 Conference championship in convincing fashion with a 7-0 win over host Big Lake. All seven wins were in straight sets over the Hornets, with Big Lake scoring no more than three game points in any of the matches. The win also gave C-I an undefeated conference record and a 15-2 season record, which enabled the Jackets to receive a best-ever #3 seed for the section 7AA team tournament, which began on Tuesday, Oct. 5 with a 5-2 win over #14 seed Andover. The Jackets now face Blaine on Thursday in the second round.

The Vikings ended their season with a loss to Chisago Lakes. The Vikings were given the #17 seed and faced Duluth Denfeld in an opening round match on Monday, Oct. 4, where their team season ended with a loss.

The Vikings suffered their third-straight loss of the season, falling to Chisago Lakes 2-1. However NB rebounded with a 9-0 thumping of St. Cloud Apollo. Sharleen Garcia-Velazquez scored the lone goal versus the Wildcats, and Paris Kopp leading the onslaught of Apollo with three goals.

The Jackets wound up getting shut out in their two games last week, losing to Big Lake 3-0 and Grand Rapids 2-0.

The Vikings earned a shutout win over Zimmerman last week, beating the Thunder 2-0. Eric Elizarraga-Flor and Brady Verdon each found the back of the net in the second half of the game. North Branch also was shut out by Chisago Lakes 2-0 and Cloquet 6-0.

The Jackets came oh-so-close to earning their first win of the season, but had to settle for a 1-1 tie versus Big Lake. AJ Nelson scored for C-I. The team also lost 4-2 to Procter, with Erik Kindem leaving his position as goalie to score both C-I goals.

The Jackets competed in the much smaller Sauk Rapids-Rice Invite, with the boys taking first out of four teams and the girls coming in second, with only two teams earning a team score. The boys, who had all five scoring runners place in the top ten, were led by Hunter Jacobson’s fourth place finish. Makenna Sjoberg finished in ninth for the girls.

C-I took on a couple strong teams last week, falling to Duluth East 101-80 and Monticello 102-75. In the two meets, only Katelyn Berg in diving versus Duluth East was able to earn a contested first place.