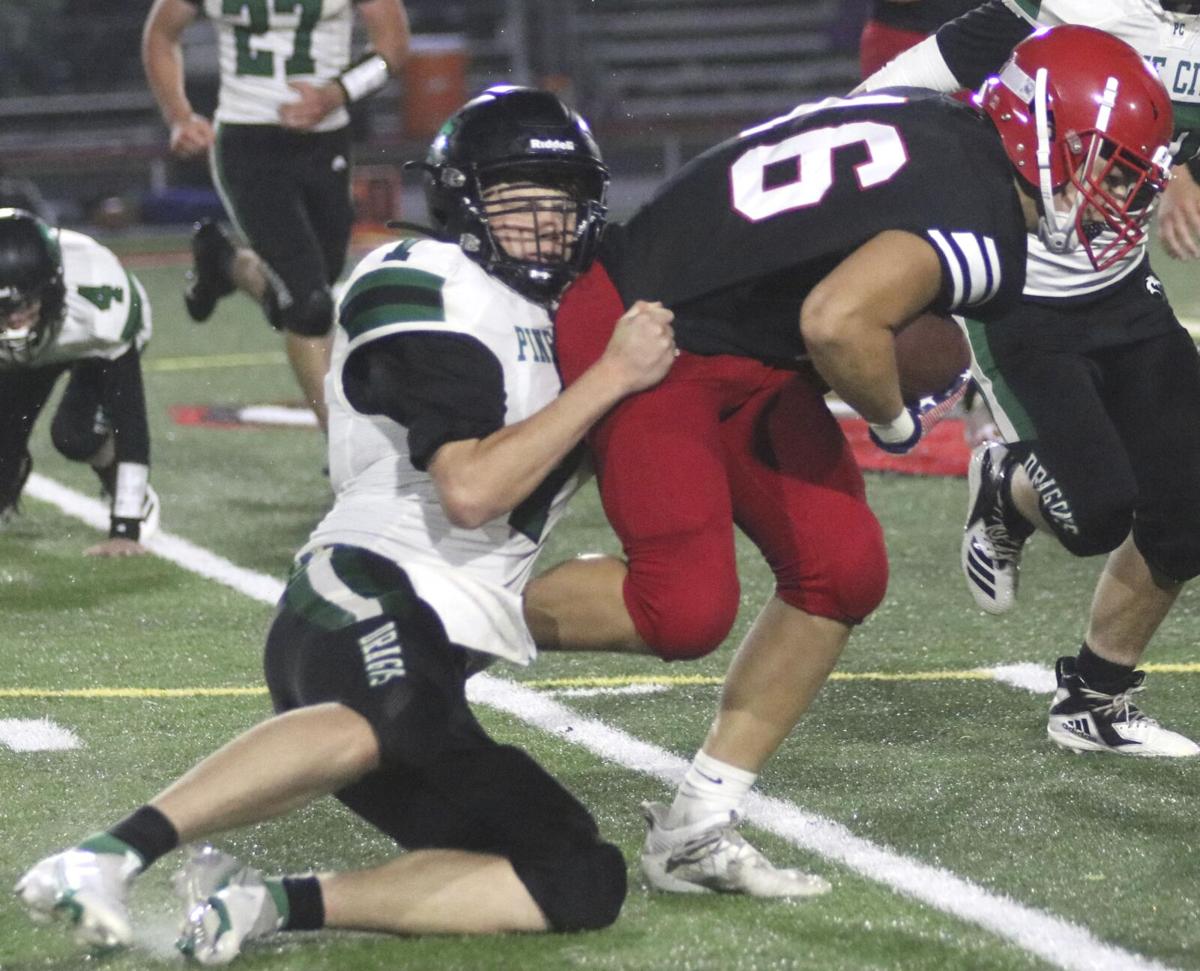 North Branch’s Ryan Oday is dragging a Dragon for extra yardage during the Vikings’ 32-6 win over Pine City in the team’s season opener. 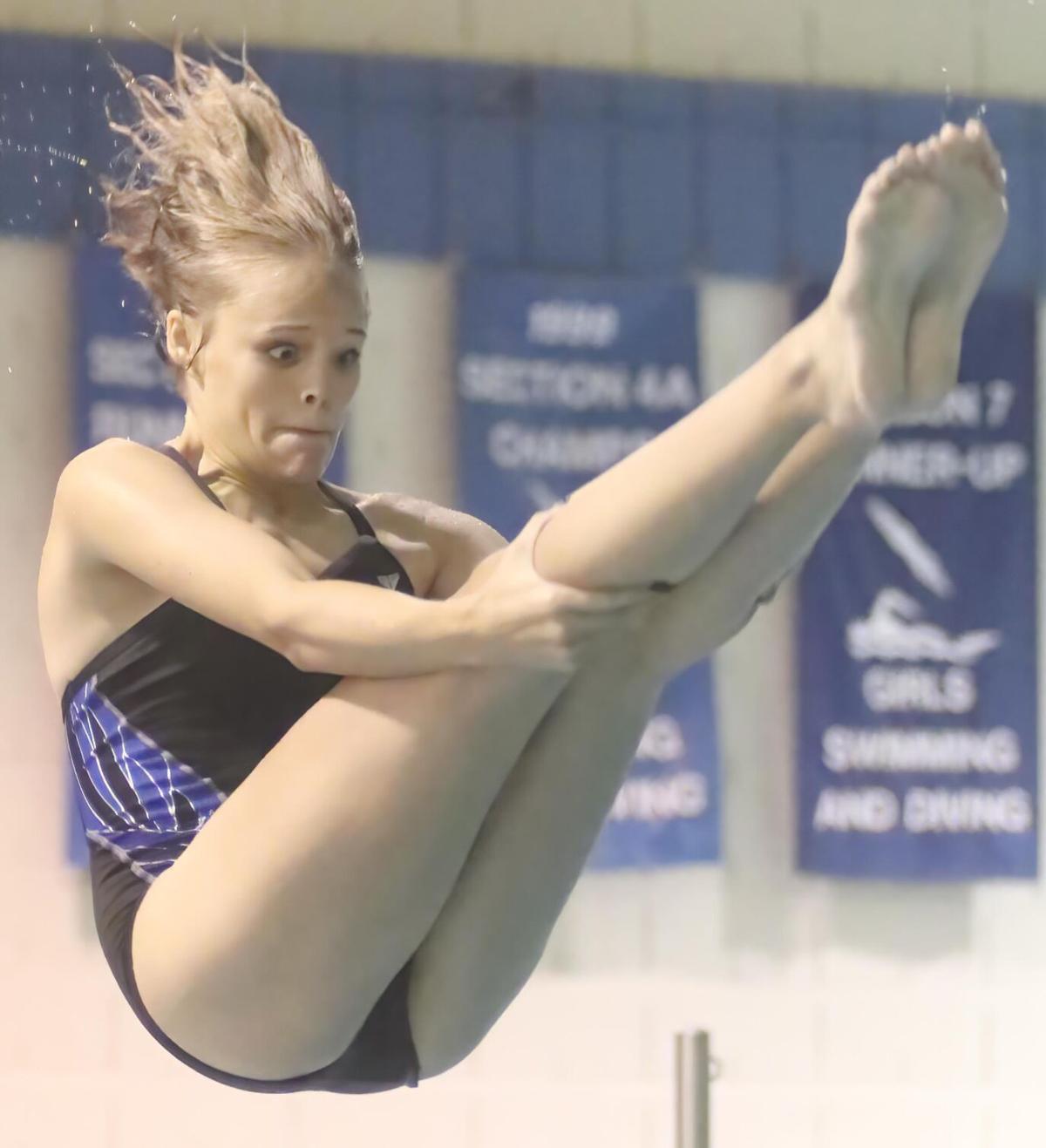 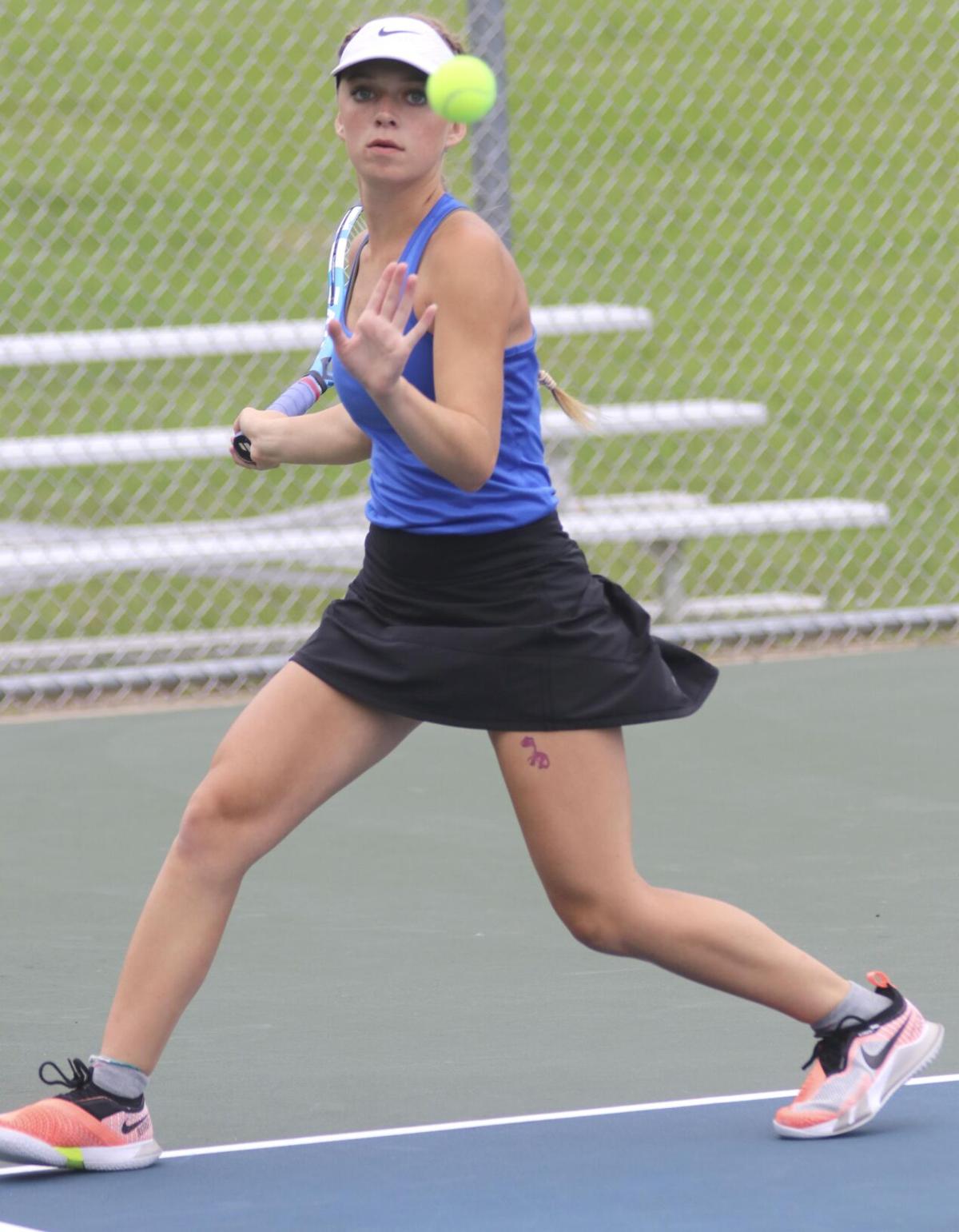 C-I’s Ava Lowman hits a return during her second singles match versus Mora. 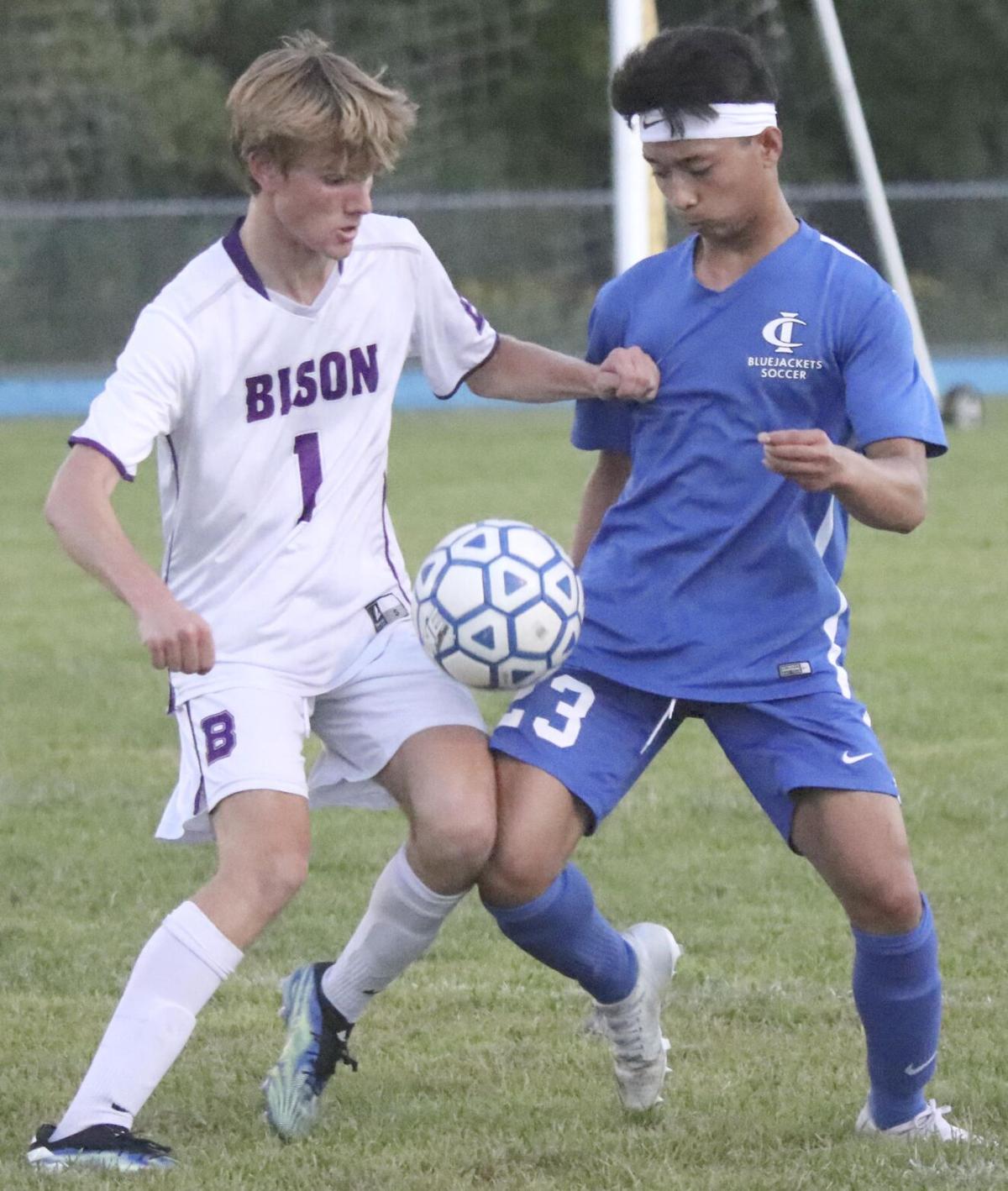 Cambridge-Isanti’s Jaime Madsen knocks knees with Buffalo’s Tyler Schrepfer while going after a loose ball during the Jackets’ home opener versus the Bison.

North Branch’s Ryan Oday is dragging a Dragon for extra yardage during the Vikings’ 32-6 win over Pine City in the team’s season opener.

C-I’s Ava Lowman hits a return during her second singles match versus Mora.

Cambridge-Isanti’s Jaime Madsen knocks knees with Buffalo’s Tyler Schrepfer while going after a loose ball during the Jackets’ home opener versus the Bison.

While they are relatively close to one another on the map, the North Branch Vikings and Pine City Dragons aren’t familiar foes on the football field. So it was a rare occasion when the two teams met last Friday in both teams’ season opener, which was won by the host Vikings 32-6.

With both teams sporting the classic, old-school “T” formation, running plays were aplenty and passing was minimal. Senior Ashton Labelle did the most damage on the Dragons, scoring three of North Branch’s four touchdowns, all on the ground. The other TD was scored by senior Ryan Oday. Pine City’s lone score came in the third quarter after the Vikings had already built up a 24-0 lead.

Cambridge-Isanti experienced the other side of the coin as North Branch, as the Jackets fell behind visiting Elk River 20-0 before putting their first points on the board en route to a 40-14 defeat at the hands of the Elks. Senior Braden Jones accounted for both Jacket touchdowns on passes of 19 and 11 yards from quarterback Ari Sullivan.

North Branch’s undefeated season continued with one more win and a tie to bring their record to 4-0-1. The tie came against visiting Grand Rapids in a 0-0 score. The win came over North St. Paul by a score of 6-0. Five different Vikings found the back of the net against the Polars, with only Emmie Meyer scoring twice.

Cambridge-Isanti finally got their first game of the season in last week. Unfortunately, the Jackets couldn’t tally their first score of the season, however they also have yet to give up a goal as they tied Forest Lake 0-0.

Both North Branch and C-I had a rough time last week, with both teams losing their only action of the week. Cambridge-Isanti fell to Buffalo 5-2 at home, while North Branch got shut out by Grand Rapids 5-0.

The Bluejackets went 1-1 on the week. The team first lost an extremely close match to Annandale 4-3. The Jackets won at second and third singles as Ava Lowman and Natalie Randall each won in straight sets, as did the first doubles team of Maddie Lawrence and Maddie Troolin. And they had plenty of opportunities to gain that one last win, but couldn’t quite get over the hump as three of Annandale’s wins came in three-set mtaches.

C-I had a much easier time later in the week as the Jackets swept Mora 7-0, with only one match going to three sets.

North Branch had a completely opposite week as they first won a close 4-3 match versus Minneapolis Roosevelt, but then got shut out 7-0 against Pine City. In their win against Roosevelt, Rachel Wurdemann at first singles, Ashley Bistodeau at fourth singles, Sophia Helinsky and Justine Joyal at first doubles, and Carrie Hall and Brooke Rothe at second doubles led the team to the victory.

The Oglivie-Mora Swim Team (OMST) has quickly evolved into tough competition for the Jackets, and this season’s meet was no exception as OMST pulled out a 100-85 win over the host Jackets.

The Jackets were able to pull out five first place finishes in the meet, with Olivia Hansen (100 fly, 100 back), Zoey Pisula (200 individual medley), Katelyn Berg (diving), and the 200 medley relay touching the wall first. But the team couldn’t quite pull out enough seconds and thirds to keep up with OMST.

Both the Jackets and Vikings competed in the Big Lake Early Bird Invite last week. The C-I boys finished in sixth place out of nine teams, with Zander Gallmeier placing 23rd as the top Jacket boys finisher. The Vikings boys finished eighth in the meet, with Alex Dick coming in with the fastest time in 44th place.