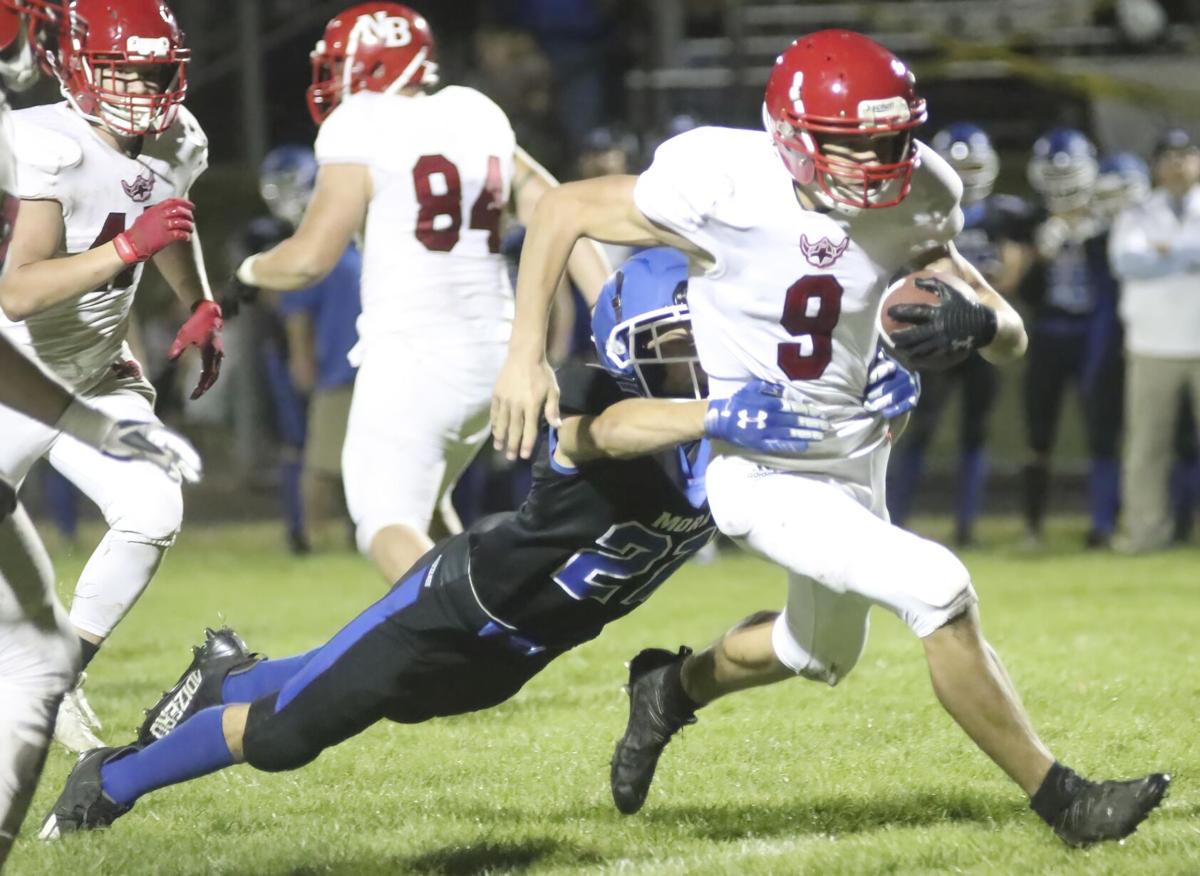 North Branch quarterback Andrew Thauwald and the rest of the Viking offense left the Mora defense trying to hang on for dear life during the Vikings’ 50-0 win over the Mustangs. 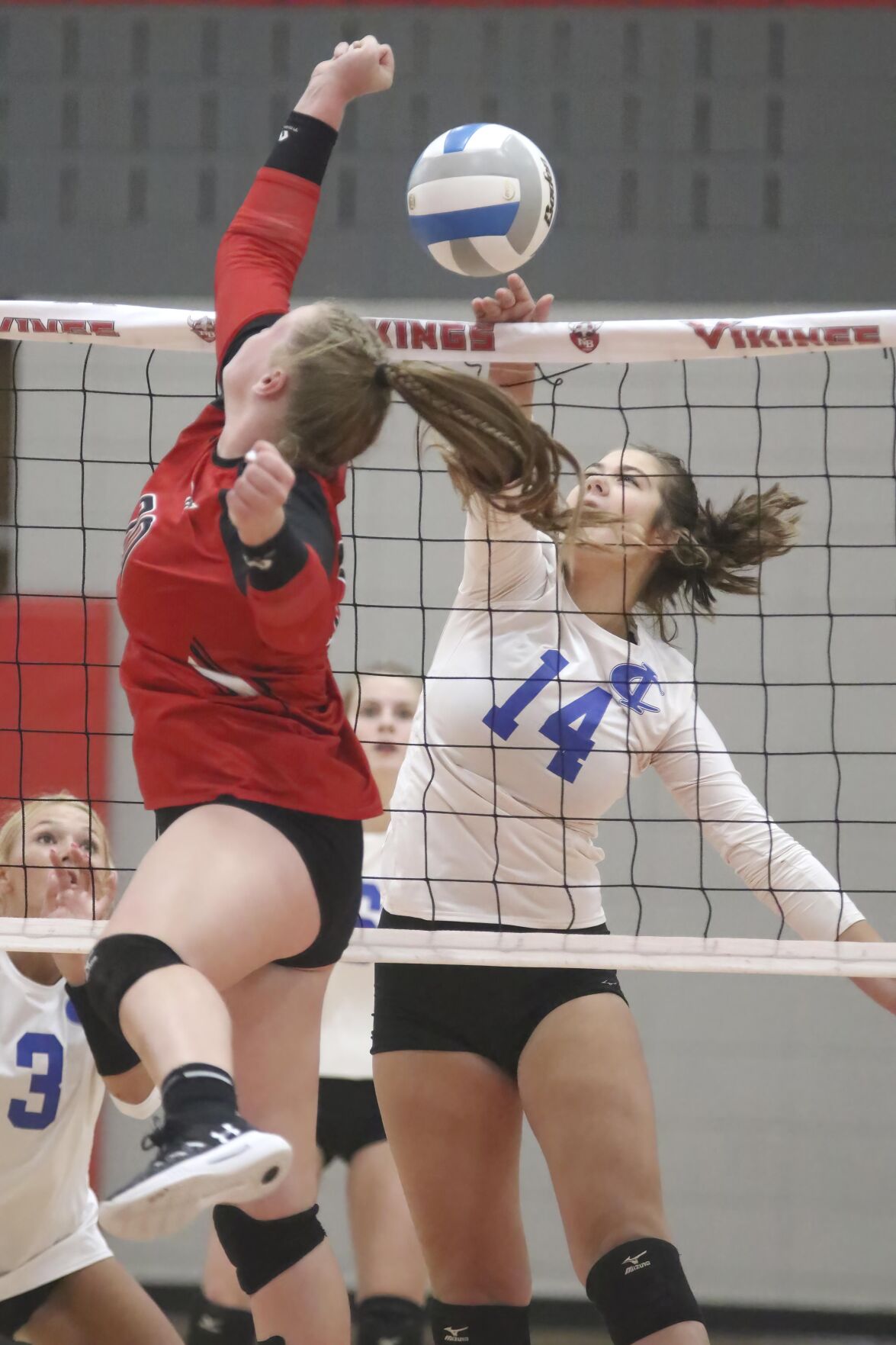 Cambridge-Isanti’s Jordyn Paitl (#14) and North Branch’s Madison Helin duel at the net for control of the ball during the two teams’ match. 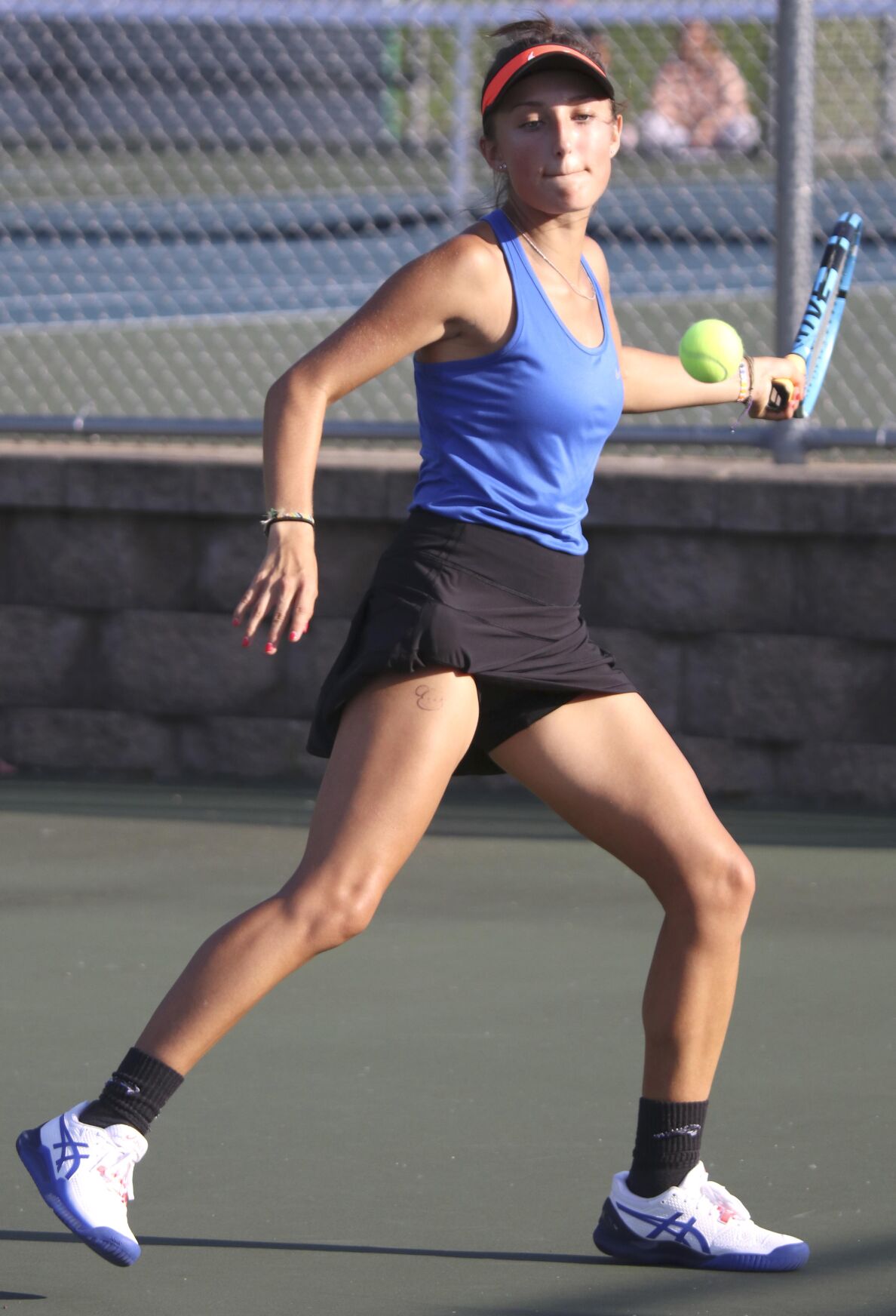 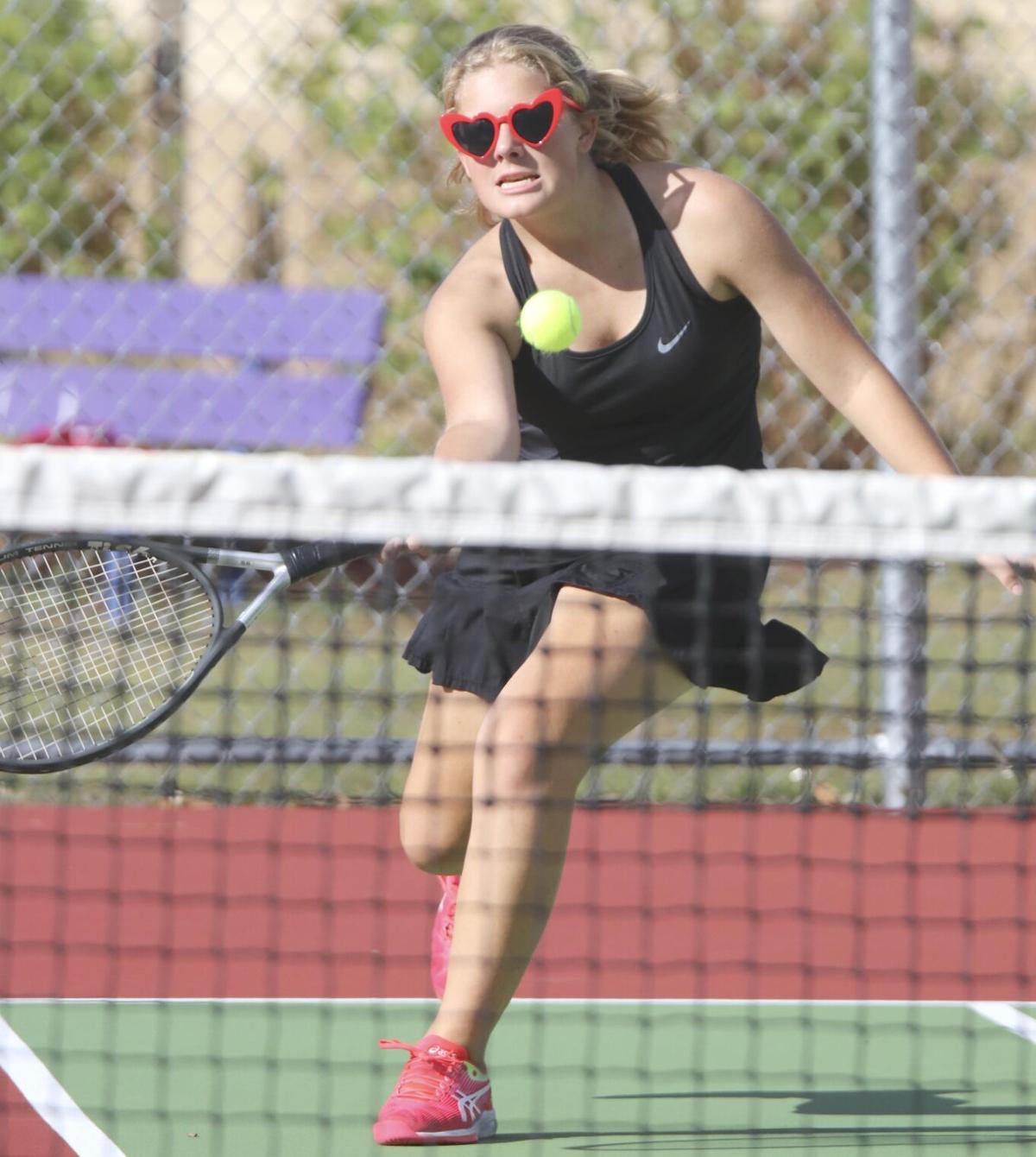 North Branch’s Ashley Bistodeau’s choice of shades either is a show of her feelings about tennis, or a clever visual pun for the game’s score term - or maybe both.

North Branch quarterback Andrew Thauwald and the rest of the Viking offense left the Mora defense trying to hang on for dear life during the Vikings’ 50-0 win over the Mustangs.

Cambridge-Isanti’s Jordyn Paitl (#14) and North Branch’s Madison Helin duel at the net for control of the ball during the two teams’ match.

North Branch’s Ashley Bistodeau’s choice of shades either is a show of her feelings about tennis, or a clever visual pun for the game’s score term - or maybe both.

The North Branch Vikings have extended their unbeaten streak to a nearly perfect ten for the season. The only “blemish” on their record was a 0-0 tie versus section opponent Grand Rapids. Last week, North Branch added three more wins to their slate, with two being by shutout.

First up was a 3-0 win over Big Lake. That was followed by a 3-1 win over Duluth Marshall. And appropriately, the score of the tenth game of the season was a 10-0 drubbing of Becker. Ava Gerten scored hat tricks in both the Duluth Marshall and Becker games, and Lilly Johnson scored four times against Becker to lead the Vikings’ scoring.

For the Jackets, the team has been struggling just to get games in as repeated postponements have resulted in only five games going final so far. That struggle continued last week as their game versus St. Francis was nixed just ten minutes in due to lightning in the area. C-I did get one game in last week, losing to Zimmerman 2-0.

All of C-I’s scoring came in the first half. The Jackets’ defense scored first on a fumble recovery in the endzone. That score was followed up by a pair of touchdown passes by Ari Sullivan to Colton Skoglund to complete the scoring.

For North Branch, the Vikings dominated all aspects of the game, scoring once in the first quarter, four times in the second, and twice more in the third quarter. The seven touchdowns were scored by seven different players, including a 48-yard scoop and score by Matthew Lavalla. The offensive stats were also equally divided out as Andrew Thauwald’s 75 yards rushing led the team, with Loghan Croal close behind with 73 yards.

Both North Branch and Cambridge-Isanti had up-and-down weeks last week, just in opposite order.

The loss to North Branch was the down part of C-I’s week, as they rebounded from that to beat Becker 3-1, then went 3-1 in the Hudson tournament, beating Ellsworth, Prescott, and Superior 2-0 but losing to Somerset 2-0.

The Jackets added two more victories to their season last week, shutting out St. Francis 7-0 and edging Chisago Lakes 4-3. In the win over the Wildcats, the Jackets got wins from Natalie Randall and Evie Porta in singles, and the doubles teams of Maddie Lawrence and Maddie Troolin, and Leslie Bleess and Isabelle Sullivan. The wins made their season record 10-1.

The Vikings wound up having an unexpected long break between games as two games wound up getting postponed or canceled, meaning their only action came on Monday, Sept. 20, where NB defeated Becker 3-1 on goals from Eric Elizarraga-Flor, Drew Detzler, and Wyatt Peek.

Somehow the Jackets managed to get three games in last week, however they were unable to achieve that elusive first win of the season. The closest the Jackets could get was a 0-0 tie against Zimmerman. C-I’s losses came via a 3-1 score against St. Francis and a 3-0 shutout against Forest Lake.

On the girls side, C-I placed second out of three complete teams. Molly Larson placed third, with Makenna Sjoberg right behind in fourth. Kendyl Izzo finished in sixth. The Vikings didn’t have enough runners for a team score. Individually, Cora Hudella came in 14th.