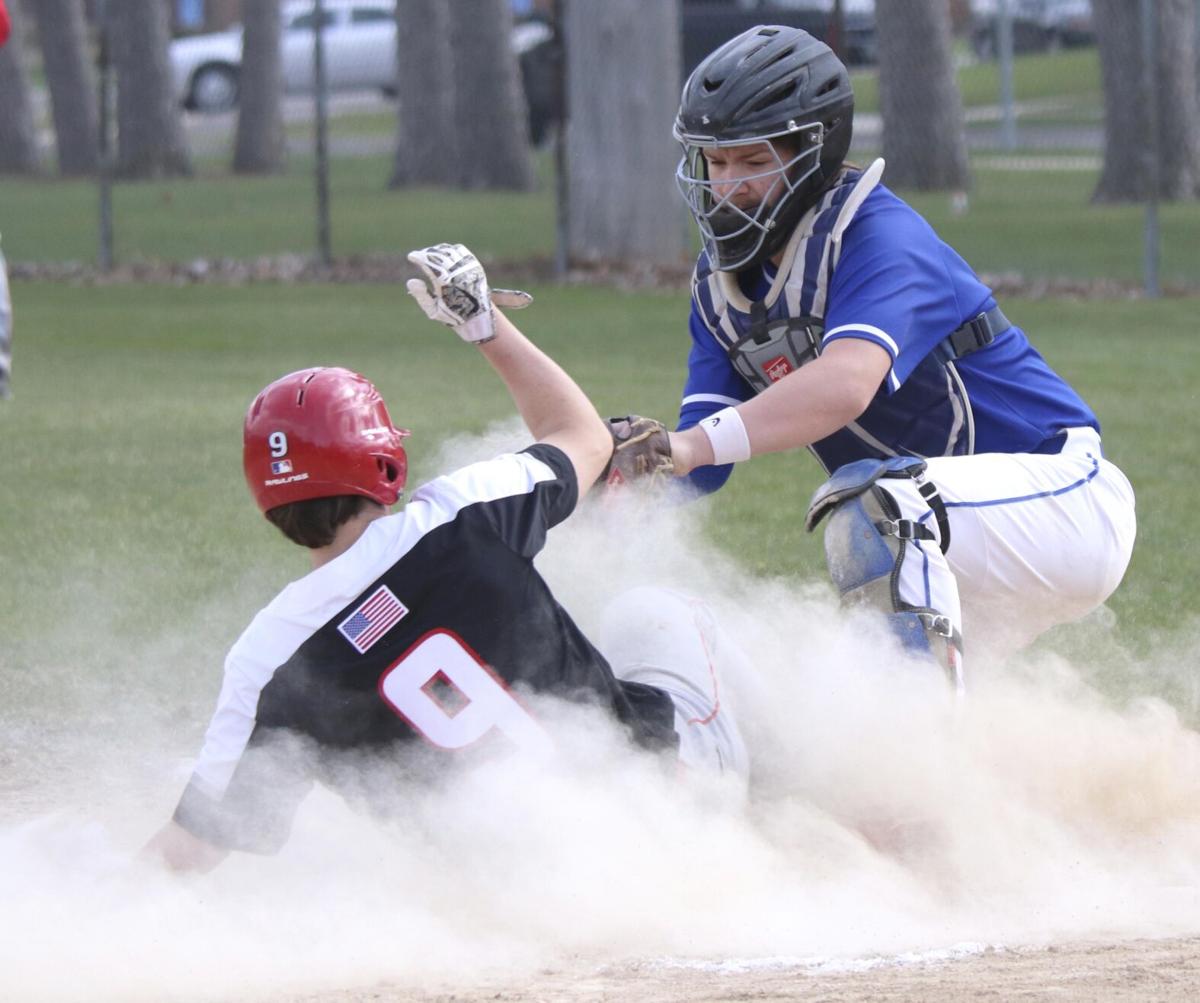 Somewhere underneath all that dust, North Branch’s Devon Schulte slides safely into home under the tag of Cambridge-Isanti’s Jay Sauro during the Vikings’ 7-1 win over C-I. 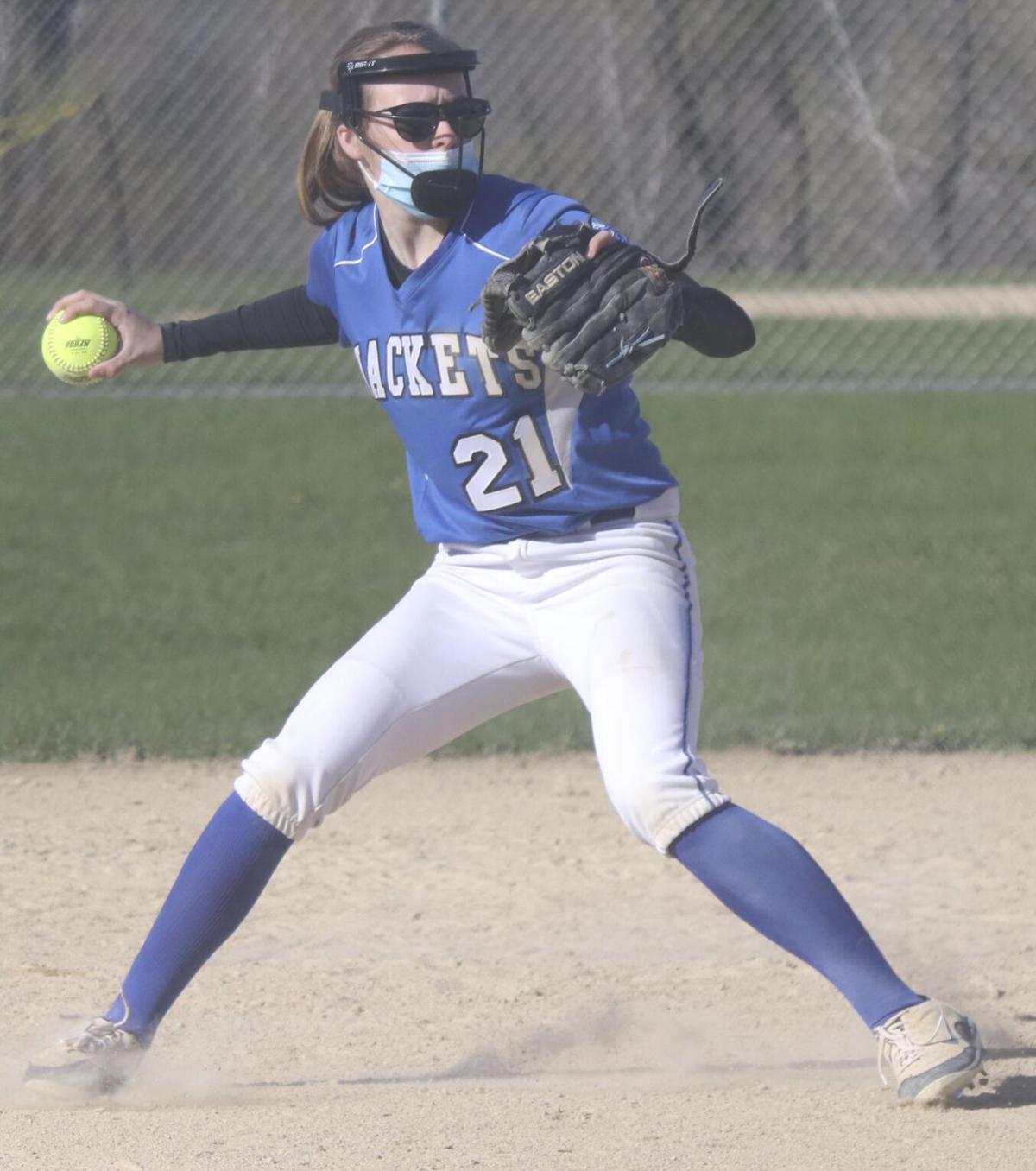 C-I’s Alison Murphy fires to first base for an out during the Jackets’ game versus Princeton. 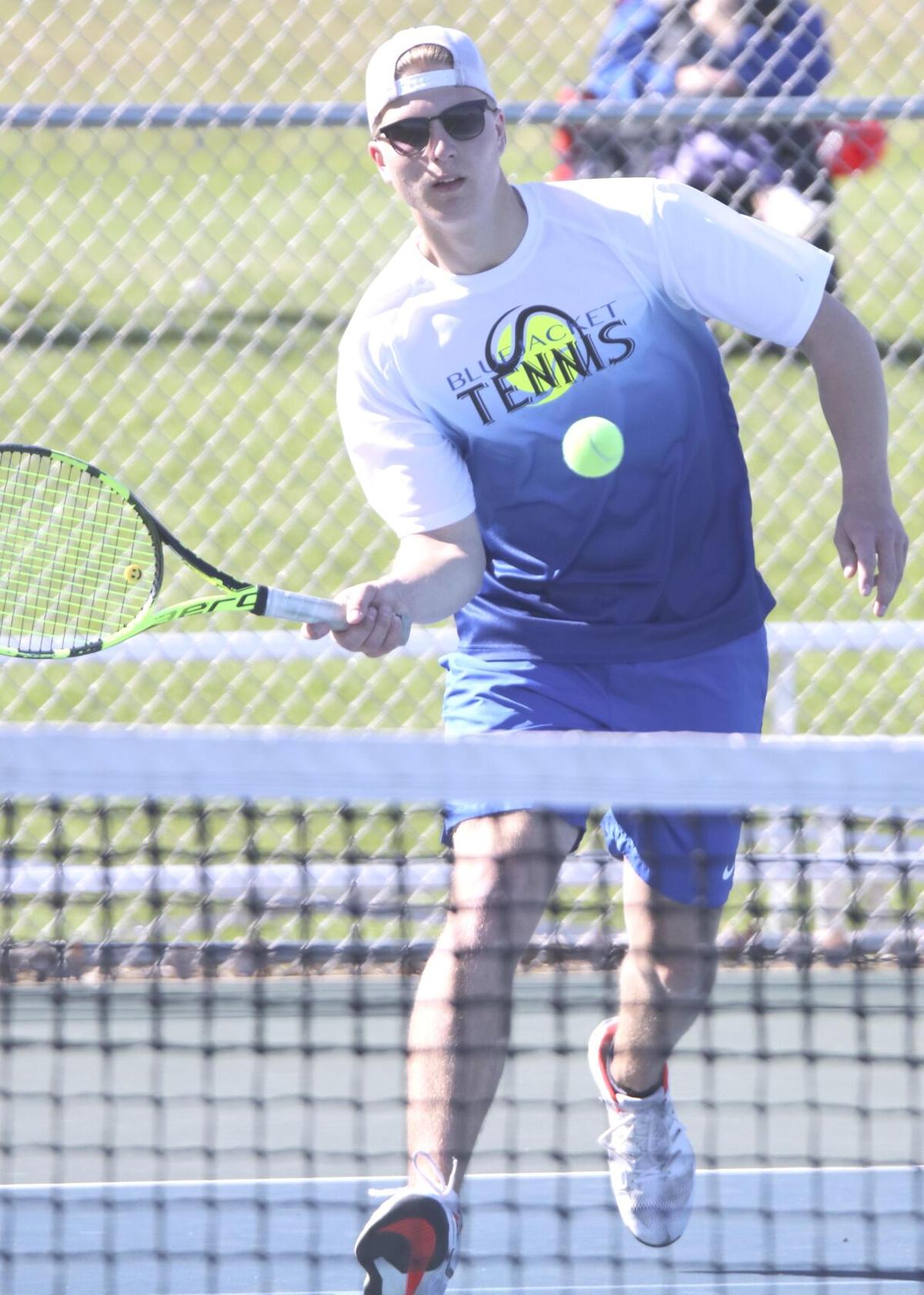 C-I’s Erik Kindem hits a return during his first singles match against Blaine. 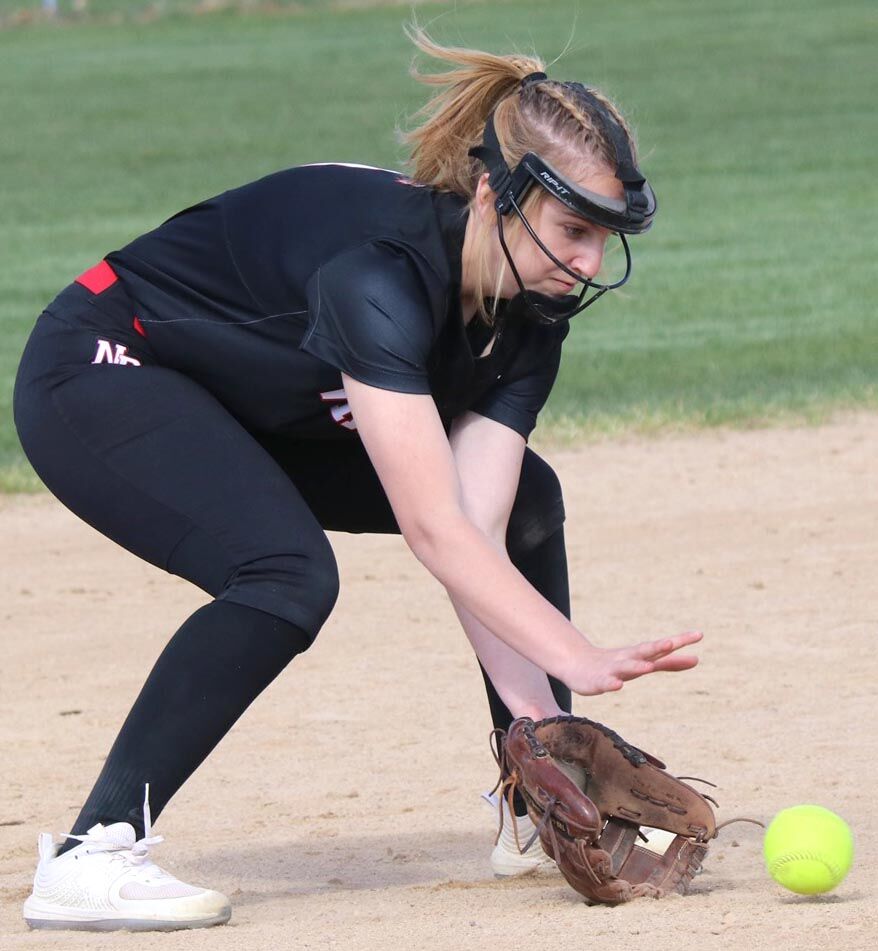 Somewhere underneath all that dust, North Branch’s Devon Schulte slides safely into home under the tag of Cambridge-Isanti’s Jay Sauro during the Vikings’ 7-1 win over C-I.

C-I’s Alison Murphy fires to first base for an out during the Jackets’ game versus Princeton.

C-I’s Erik Kindem hits a return during his first singles match against Blaine.

The Jackets and Vikings met for the second time this season last week, with the results of the second game being similar to the first as North Branch topped C-I 6-1. The previous meeting resulted in a 4-0 win for the Vikings.

Finally, North Branch shut out Grand Rapids 7-0 to wrap up their week.

Besides losing to North Branch, the Jackets also suffered a defeat at the hands of St. Francis by a score of 8-3 the following day. Earlier in the week, however, C-I completely dominated Princeton, sweeping the Tigers by scores of 21-0 and 17-5.

The two neighboring schools also met on the baseball diamond last week, with the Vikings again coming out on top by a score of 7-1. The Jackets scored their only run of the game first, but saw North Branch pick up seven unanswered runs in the top of the third, including a two-run home run by freshman Andrew Orf.

Besides the Jacket game, North Branch had a decent week, splitting a double-header versus Becker by way of a 12-0 win and a 7-2 loss. They also traveled up to Grand Rapids and came away with a tight 7-6 win over the Thunderhawks, which also featured the Vikings scoring all of their runs in one inning. To close out their busy week, North Branch lost 5-4 to Princeton.

The Jackets didn’t have as good of a week, losing three of their four games, including the loss to North Branch. C-I also lost to St. Francis 8-1 and split a double header versus Princeton by scores of 9-11 and 10-8.

The Jackets found themselves in a brief trend of only being able to have final scores of 4-3, with C-I coming out on the wrong end of two of the three matches. Their lone win of those three came over Blaine, with the losses coming to Coon Rapids and Grand Rapids. In those three matches, Keagen Lowman at third singles and the first doubles team of Rigo Mork and Caden Chesla each won all three of their matches to lead the Jackets.

The Jackets also earned lopsided wins over Big Lake and Princeton, by scores of 7-0 and 6-1, respectively.

The Vikings, which featured a small, young team to begin with, has been even more depleted due to injuries and other scheduling conflicts, resulting in a pair of losses last week. North Branch fell to Chisago Lakes 6-1 and Pine City 7-0. Gabe Wurdemann at fourth singles picked up North Branch’s lone win.

The Jackets and Vikings met up on the track for the first time this season as both teams competed against Becker and Chisago Lakes at Becker last week. The team results were identical for both of the boys and girls as C-I took first place and North Branch finished fourth.

Once again, Harrison Toussaint was the lone top finisher for the North Branch boys, coming in first in the 110 hurdles.

After missing the last meet, North Branch’s Paige Bauer returned to again easily claim first in the pole vault, plus also won the high jump. Ella Kuhlman was the other Viking girls winner, coming in first in the 400.

Both schools competed at Pebble Creek in Becker last week, with the Jackets placing second and the Vikings placing fifth. Jacket Tucker Kolb had a strong meet, coming in seventh with an 81. For the Vikings, Tyler Minke’s 79 was good for fifth place.

The girls linksters were also at Pebble Creek last week, with the Jackets coming in fourth and the Vikings coming in sixth. C-I senior Jasmy Sibell won the meet, shooting an 83. For the Vikings, Chloe Moline and Olivia Weyenberg each shot a 101 to tie for 19th.