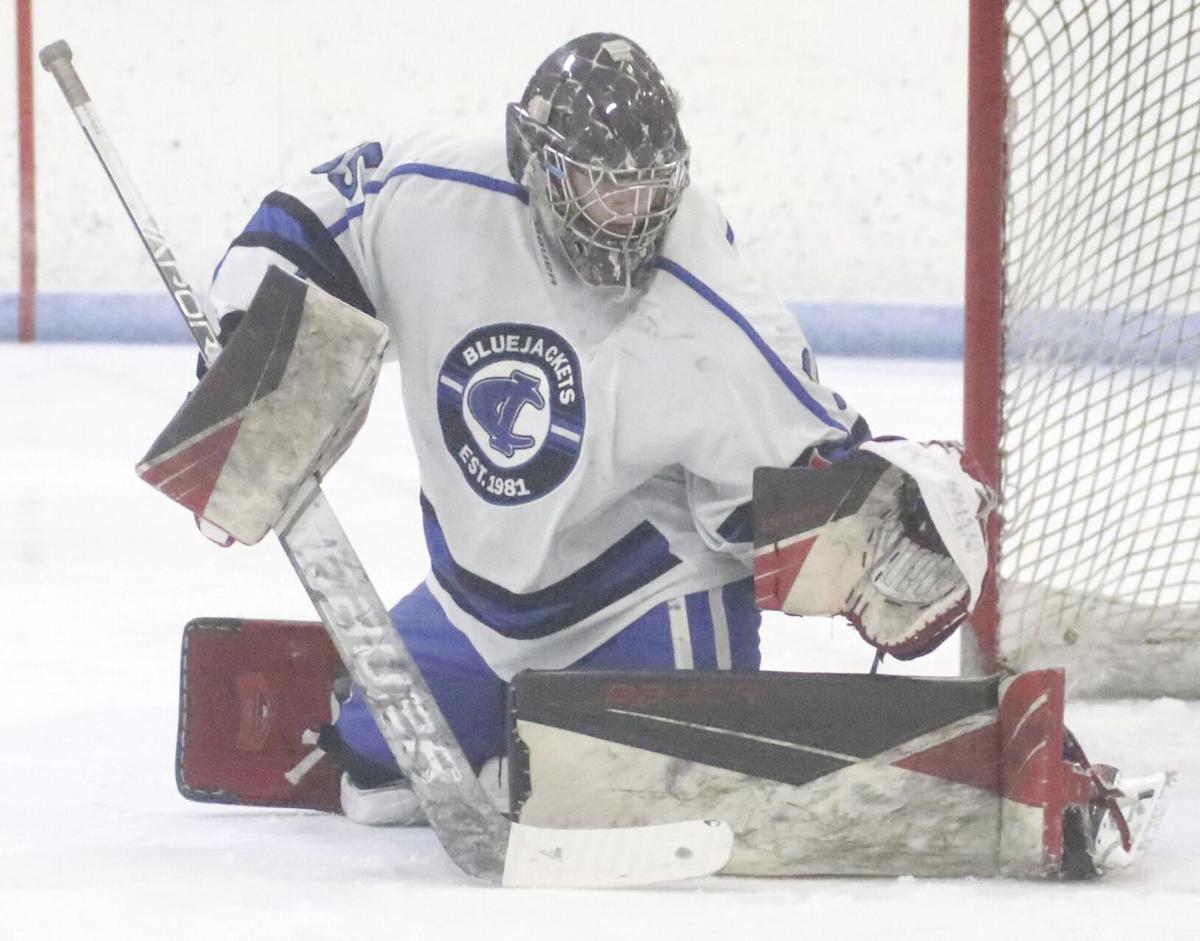 Bluejacket freshman goalie Jaxon Sibell makes a save during his shutout win over Princeton in the annual “Rusty Skates Trophy” game. 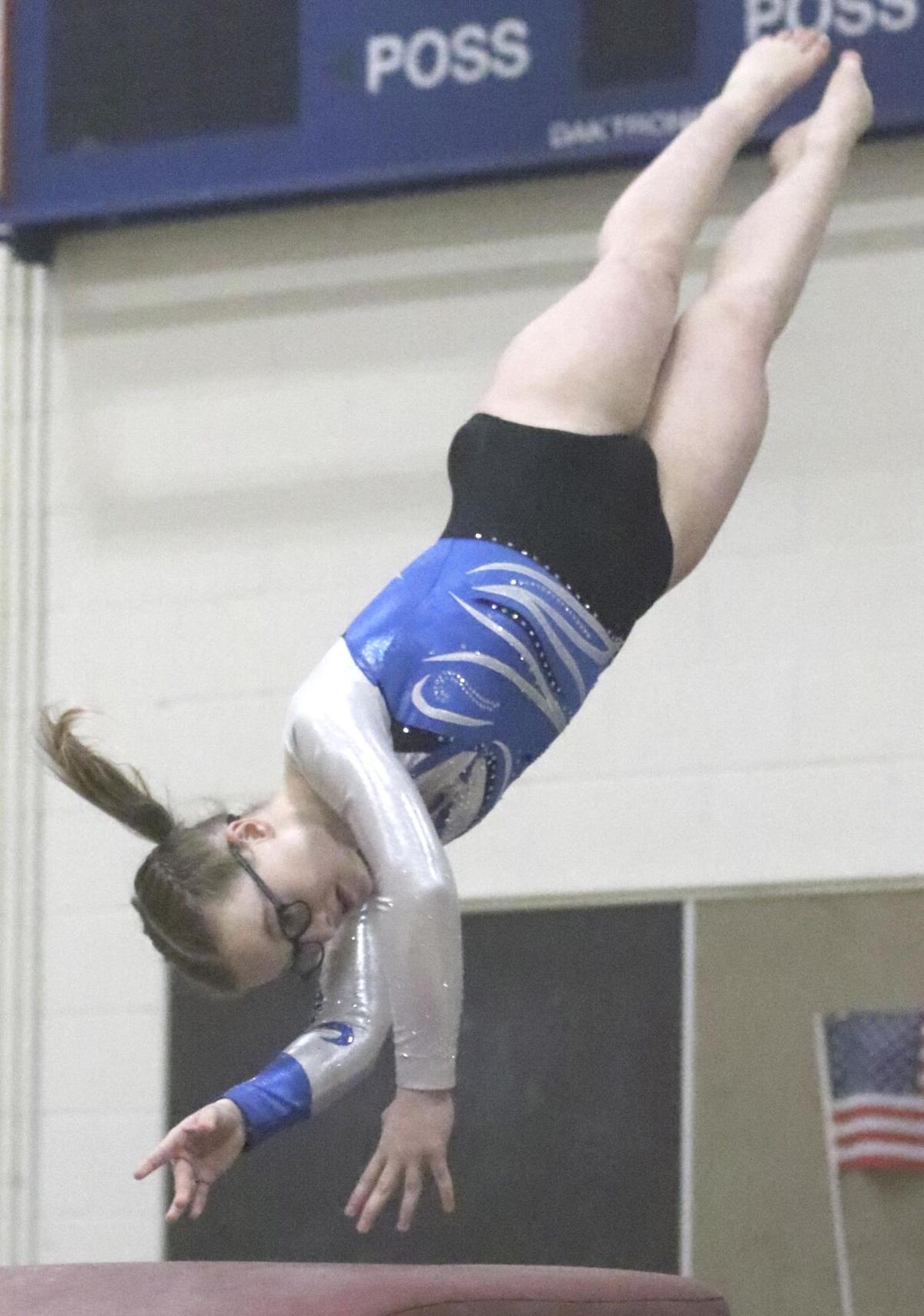 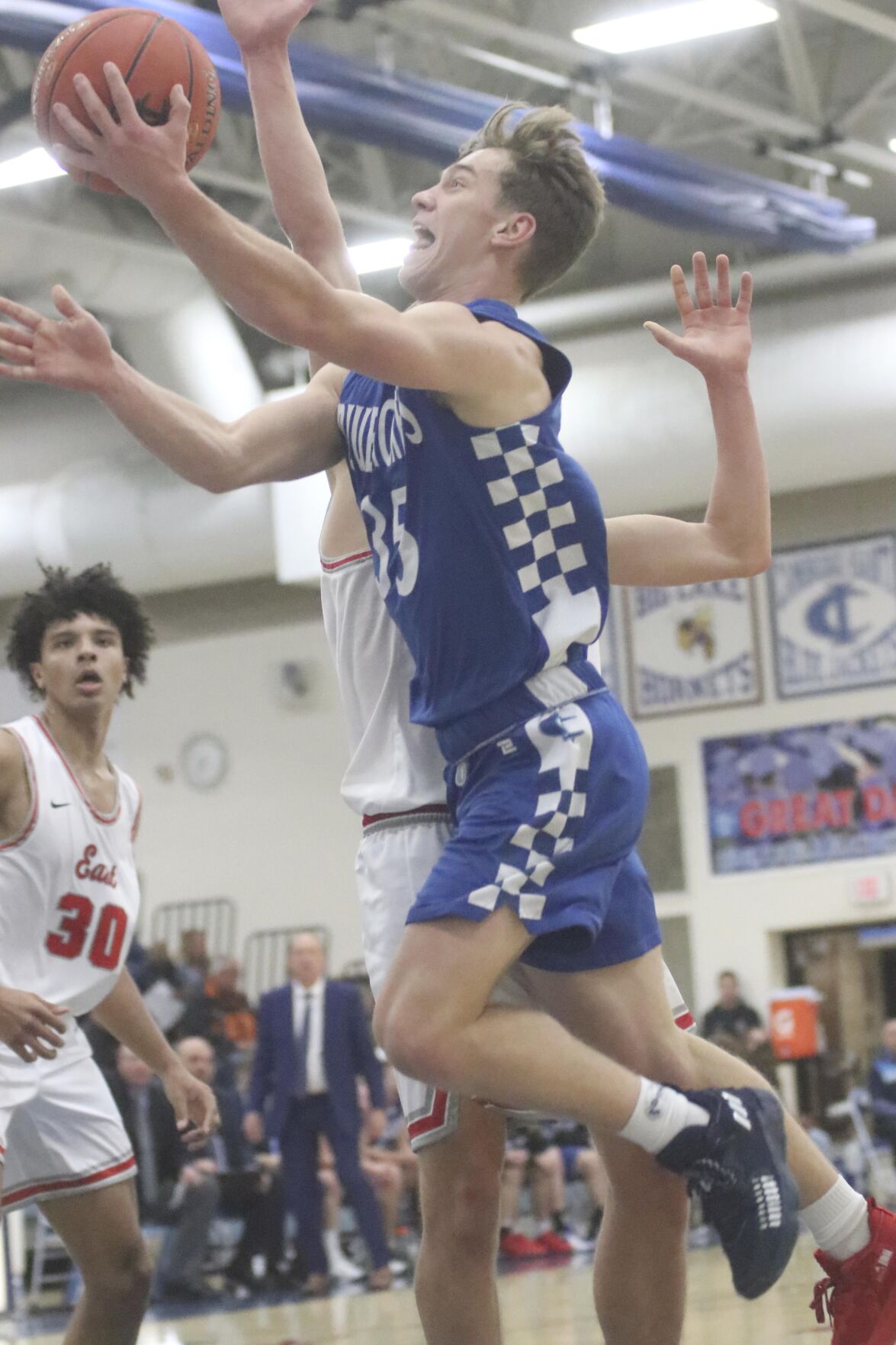 C-I’s Braden Jones drives to the basket versus Duluth East. 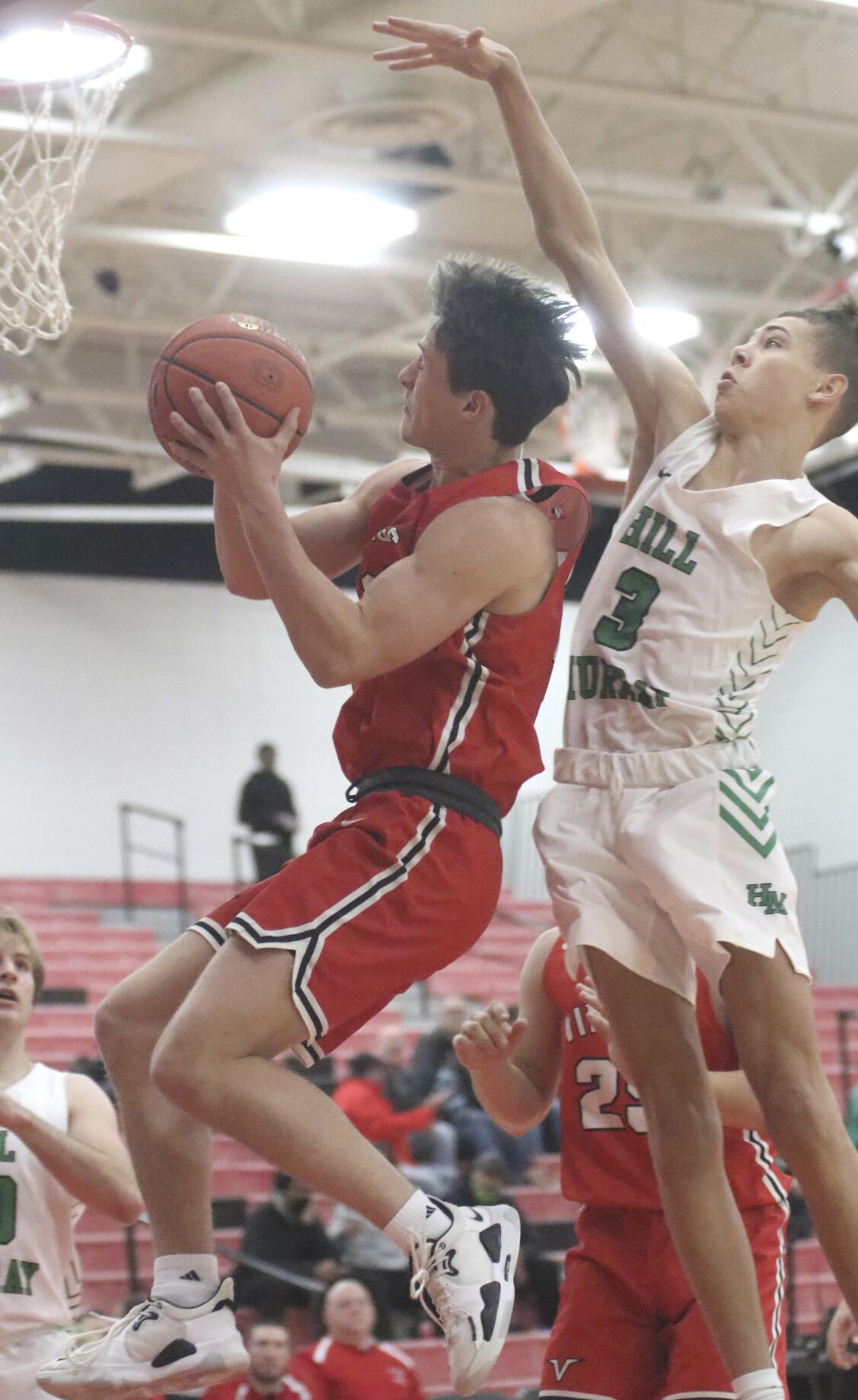 North Branch’s Logan Murphy drives past a Hill-Murray defender during the Vikings’ 88-63 win over the Pioneers. 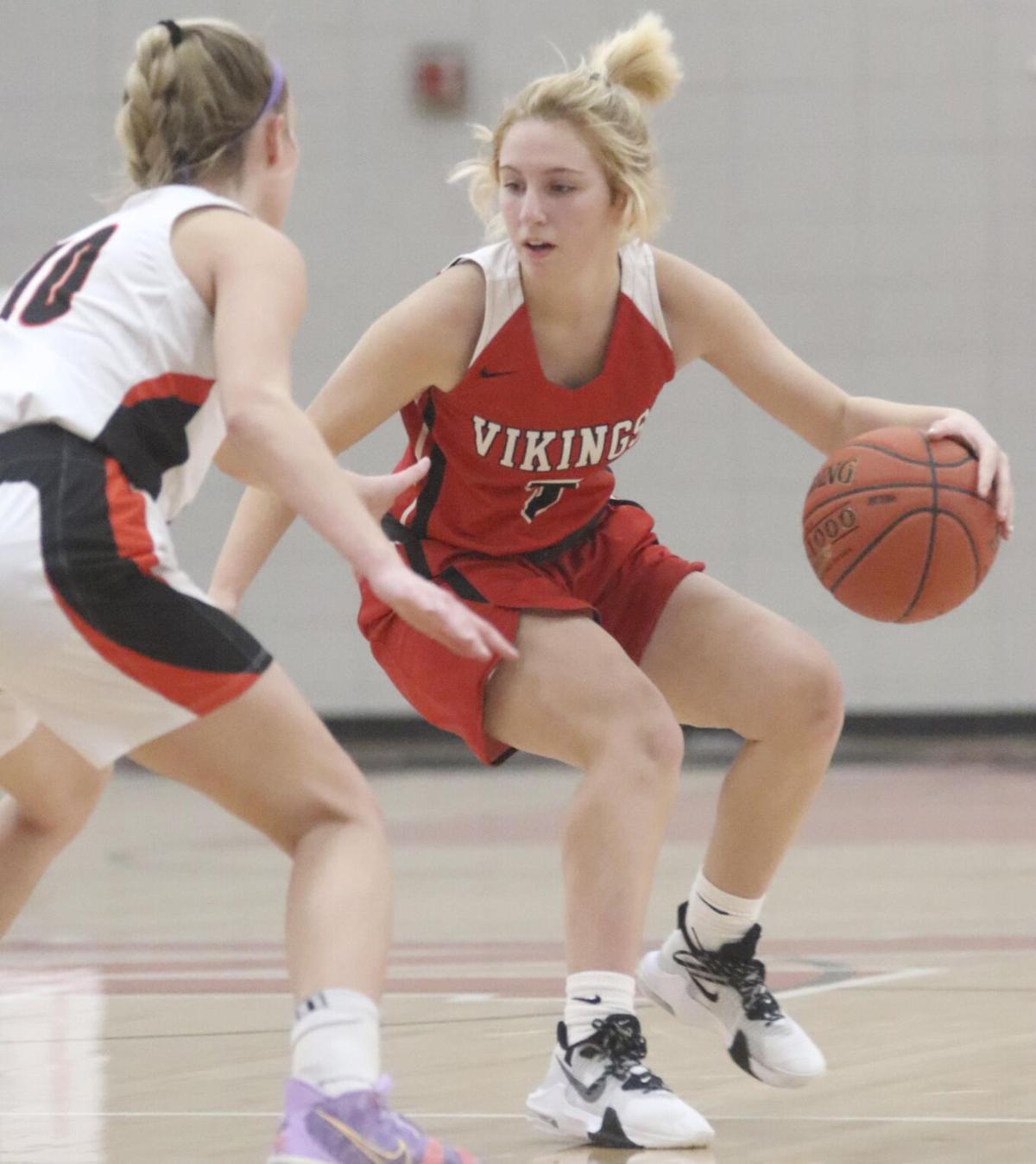 North Branch’s Brooke Rothe searches for a way around the tight defense of Grand Rapids.

Bluejacket freshman goalie Jaxon Sibell makes a save during his shutout win over Princeton in the annual “Rusty Skates Trophy” game.

C-I’s Braden Jones drives to the basket versus Duluth East.

North Branch’s Logan Murphy drives past a Hill-Murray defender during the Vikings’ 88-63 win over the Pioneers.

North Branch’s Brooke Rothe searches for a way around the tight defense of Grand Rapids.

The Bluejackets boys hockey team not only kept possession of the coveted “Rusty Skates Trophy” last Saturday, they maintained a vice-like grip on the award, which is held by the winner of the annual game between Cambridge-Isanti and Princeton.

C-I controlled a vast majority of the play over the visiting Tigers, racking up six goals in a 6-0 shutout in front of a near-capacity crowd at the Isanti Ice Arena. The Jackets got what proved to be the game-winning goal halfway through the first period on a goal by Wyatt Lindell and didn’t put their foot off the gas the rest of the game. The Jackets held leads of 2-0 after one period and 3-0 at the end of two. They doubled the score in the third period to clinch the win. Five different players found the back of the net, with Jake Brown being the only multi-goal scorer with two.

Meanwhile, freshman goalie Jaxon Sibell deftly thwarted all Princeton attempts to get on the scoreboard, earning his first-ever varsity shutout.

C-I’s other scheduled game from last week, at Little Falls, was postponed.

For Northern Edge, their only game of the week was at Pine City, with the final being 5-1 in favor of the host Dragons. Northern Edge’s lone goal was scored by Alex Langevin.

The Jackets reached the 140 mark for the second time this season easily topping a (non-Covid) depleted Becker squad 140.425 to 128.025. Laci Leverty claimed another all-around first place, scoring a 36.575. The senior took first on bars and floor, with Alison Barber claiming first on beam. Abby Kryzer wound up in second place in the all-around with a career-best score of 35.45.

The Vikings suffered their first defeat of the season, falling to Monticello 137.775-127.9. Dakota Esget took first in the all-around and added a first on the bars. She also placed second on floor. Libby Nielson placed fourth on beam.

The Vikings continue to perform above expectations early in the season, scoring a convincing 88-63 win over Hill-Murray, along with a key 68-59 win over section foe Cloquet. In the game against the Lumberjacks, North Branch held a slim 30-27 lead at halftime, extending that to the nine-point win in the second half. The Vikings had four players in double-digits, with Trevor Johnson scoring 25 points, Carson Klein scoring 14, Logan Murphy scoring 12 and Adam Rehm adding 11.

The very next night, North Branch raced out to a 48-26 halftime lead en route to their 25-point victory. Rehm had the hot hand against the Pioneers, scoring 26 points, with Johnson adding 21.

The Jackets continued to struggle to put one in the win column, losing to Duluth East 94-52 and Blaine 84-60. John Troolin was C-I’s leading scorer versus the Greyhounds, picking up 12 points. Braden Jones scored 24 points in the loss to the Bengals.

C-I completely dominated its first conference action of the season, defeating Princeton 63-16. Mikayla Aumer single-handedly outscored the Tigers, picking up 18 points, with Evelyn Wiltrout adding 14. Because of the large margin of victory, nine different Jackets were able to tally points in the game.

The Vikings had an up-and-down week, topping Rush City 48-40, but then falling to Grand Rapids 58-31 and Monticello 62-20. Paige Peaslee scored 20 points in the win over the Tigers, with Chloe Lattimore adding 11 and Ella Kuhlman scoring 10. The Vikings struggled to find any sort of rhythm versus the Thunderhawks, with Peaslee’s 12 points being the only player to reach double-digits.

Cambridge-Isanti ran into a strong Big Lake team, losing to the Hornets 69-10. Leo Edblad’s major decision and Scott Simpson’s pin accounted for all of C-I’s team points. The team’s other action was the major Rochester tournament, where Edblad’s fourth-place finish highlighted to two-day experience for C-I.

Northern Tier suffered a pair of setbacks last week, losing to Buffalo 2-1 in overtime and getting shut out by Dodge County 7-0. Alayna Szafranski scored the Stars’ lone goal last week. The game at Prairie Centre was postponed.

In its first home meet of the season, C-I lost to Chisago Lakes 101-78. The Jackets were able to pick up five first-place finishes in the meet, with the 200 medley relay and 400 freestyle relay bookending the meet and Christopher Williams earning first in the 50 freestyle and 100 backstroke, and Joseph Larkin claiming first in the 500 freestyle.